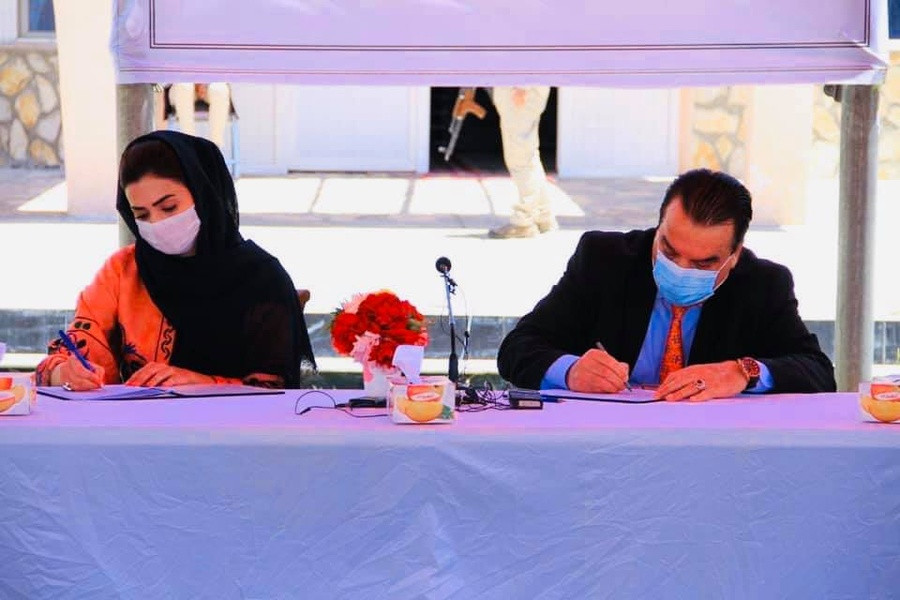 Agreements have been signed with the federations for taekwondo, weightlifting, athletics and boxing to secure funding through to the Tokyo 2020 Olympic Games, now scheduled to take place from July 23 to August 8 2021.

The agreements were signed by Dr Hafizullah Wali Rahimi, general director of the Department of Physical Education and Sport and President of the Afghanistan National Olympic Committee, Ajmal Ghani, senior adviser to the President and Olympic Council of Asia Executive Board member and Robina Jalali, President of the Afghanistan Athletics Federation, as well as the heads of the four national sports federations.

Speaking following the signing President Rahimi thanked the International Olympic Committee (IOC) and Olympic Council of Asia for their continued support of the country, and encouraged the country's national sports federations to focus on identifying talent for the next IOC Youth Olympic Games, scheduled to take place in Senegal in 2022.

IOC member for Afghanistan Samira Asghari said she hoped funding from the Olympic Solidarity programme could help the country's athletes produce their best ever performance at Tokyo 2020.

"Congratulations to the athletes who received the preparation training camp scholarships for the Summer Olympic Games Tokyo 2020," said Asghari.

"Special thanks to the Afghan NOC for their efforts achieving such a wonderful opportunity which has been provided by the Olympic Solidarity programme of the IOC.

"It helps athletes to shine with their best performance during the Games."

Athletes from Afghanistan who are competing in athletics, boxing, weightlifting, surfing, swimming, and taekwondo, are scheduled to be financially supported until the start of Tokyo 2020, along with their training partners.

Afghhanistan has won two Olympic medals in the country's history of competing at the Games, two bronze medals secured by taekwondo athlete Rohullah Nikpai - one in Beijing 2008 and one in London 2012.