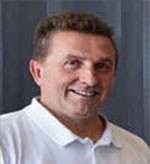 Softball Australia has announced that Peter Jon Hartshorne is to chair its Board of Directors, with John Hollingsworth departing.

Hollingsworth will leave his position on the Board after nine years in October at the organisation's Annual General Meeting.

Hollingsworth has chaired the Board since October 2014, but steps down with immediate effect.

During his six years in the position, Softball Australia has emphasised grassroots development of the sport and seen an increase in commercial revenue.

The first broadcast deal for the sport in Australia was also signed, with softball on the Olympic programme once again for Tokyo 2020 - now postponed until 2021 - having last appeared at Beijing 2008 when the "Aussie Spirit" won a bronze to maintain their record of having won a medal on the four occasions the sport has appeared in the Games.

"John has a high level of commercial acumen and corporate governance expertise and his input into the sport has been invaluable," Hartshorne said.

"It's been a pleasure to work alongside John and on behalf of the organisation I'd like to thank him for his fantastic work over the last six years as chairperson and almost nine years on the Board."

Hollingsworth chaired his final board meeting on June 25.

Hartshorne was elected to the Softball Australia Board in November 2013.

He is the majority owner of Melbourne Ice, a club competing in the Australian Ice Hockey League, has been a managing partner at the Infinity Group for the past 25 years and also holds the position of deputy chair at Kidney Health Australia.

David Pryles, Softball Australia's chief executive, added: "PJ stepping into the chairperson role is a great result, he's well across all of our current projects and is already bringing his extensive business knowledge to our organisation with a number of initiatives well underway.

"We look forward to working with PJ in advancing softball in Australia."

Australia are currently eighth in the women's softball world rankings and fifth in the men's.