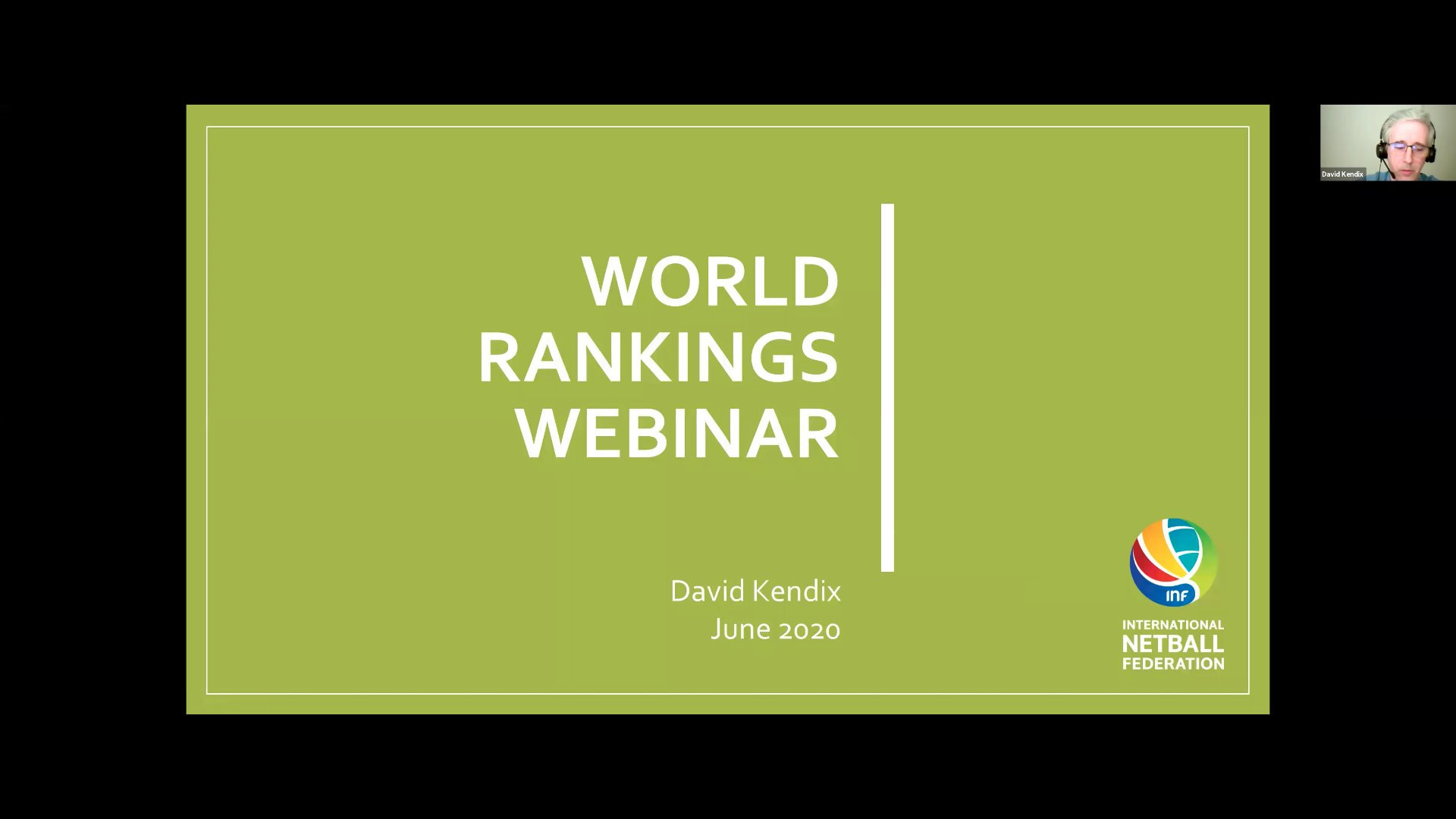 The webinar provided further guidance and information on the INF world ranking system to more than 75 participants from INF member countries, alongside attendees from the rules and coaching advisory panels.

It was hosted by INF chief executive Clare Briegal and presented by Kendix, who was appointed in 2007 to create the mathematical model for the INF world ranking system.

Information was included on the basic principles of the world rankings, how the rankings are calculated and how the model will be adjusted in light of the COVID-19 pandemic.

Members were also able to ask questions to Briegal and Kendix.

As the ability to play is restricted, the INF has decided to reduce the threshold for the minimum number of international matches needing to be played over this year's ranking period from eight to six.

Australia remain on top of the world rankings, with New Zealand second.

Jamaica moved up to third last month after finishing as runners-up at the Netball Nations Cup, with England dropping down into fourth place.

South Africa remained in fifth but with an improved rating.