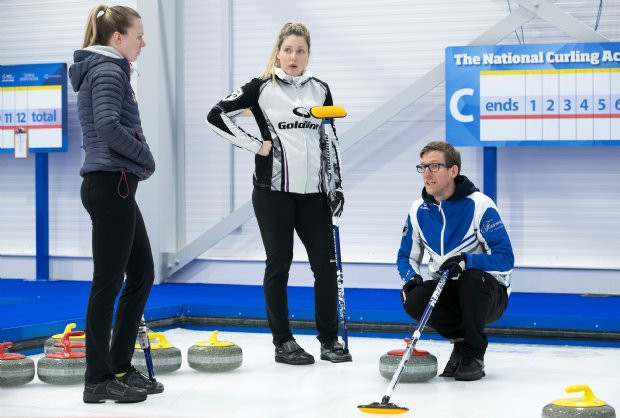 British Curling has announced its coaching team for the 2020-2021 season, which includes Swede Kristian Lindström, newly appointed as performance coach.

Former world and European champion Lindström, winner of a gold medal at the World Junior Championships when the event was hosted in Perth in Scotland in 2011, will be working closely with Team Muirhead, the country's top female rink, for the forthcoming season.

Lindström started working with Team Muirhead as their tactical coach just before this year's Scottish Championships in February, when Muirhead's quartet won the national title.

Lindström was assisting the team in preparations for the World Women’s Curling Championships in Canada, before the event was cancelled due to the coronavirus pandemic.

The Swede's permanent recruitment to the British Curling coaching team should help with preparations which continue for the 2022 Winter Olympics Games in Beijing.

Hannah has prepared Bruce Mouat’s quartet for the past three seasons, helping them to the first Grand Slam title to be won by a Scottish men’s team as well as to both world bronze and European gold.

Team Mouat also claimed the national title in February and had been looking forward to a World Championships on home soil, before the event in Glasgow was cancelled due to the coronavirus pandemic.

Team Paterson won bronze at the European Championships last season and are currently ranked 12th in the world.

The fourth member of the coaching team is Nancy Smith, who has worked with teams across five Olympic cycles and has been involved with the British Curling programme since 2012.

Smith will be working closely with the newly formed women’s rink skippered by Gina Aitken.

The final coaching team member is David Aitken, who has been appointed as the new performance foundation manager, succeeding David Ramsay.

He will be responsible for helping players transition from Scottish Curling’s academies to elite competition.

Aitken has worked as a technical and team coach for the past decade, assisting teams in their progress from junior level through to senior competition and on to the World Championships.

"We have an established and highly accomplished team and the addition of Kristian and David overseeing the foundation pathway ensures we are providing the most effective way of delivering our world class performance programme," said Murdoch.

"The combination of coaching talent and commitment, allied to our innovative approach and additional expertise from our partner organisations, ensures we are giving our athletes the best possible prospects when competing on the world stage as we build towards the pinnacle of our game in Beijing in 2022 and beyond."