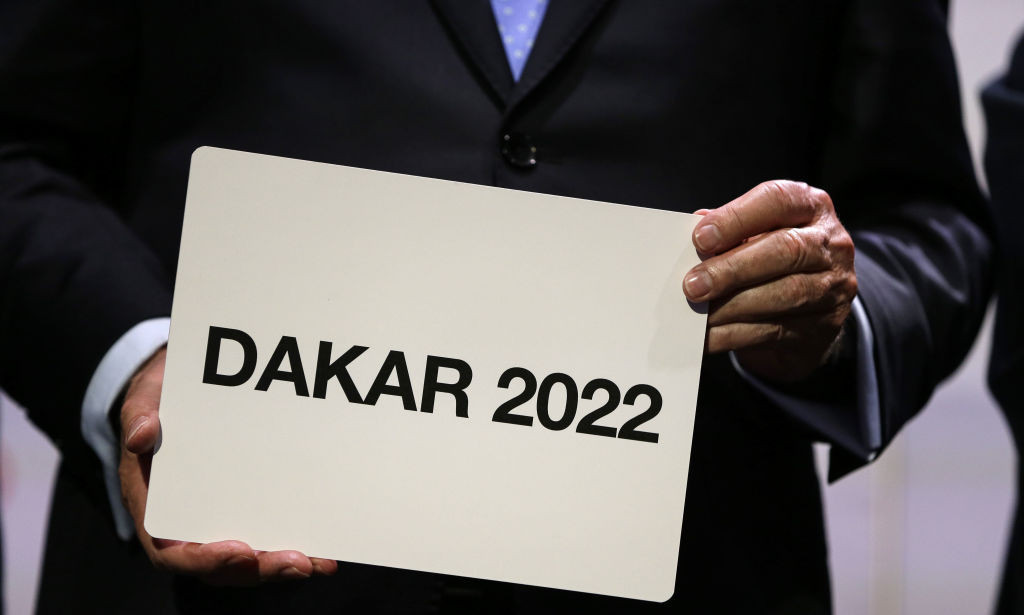 The 2022 Summer Youth Olympic Games in Dakar have been pushed back by four years to 2026, the International Olympic Committee (IOC) has announced.

Amid widespread disruption caused by the coronavirus pandemic, IOC President Thomas Bach said the organisation had mutually agreed to postpone the first Olympic event to be held in Africa following a request from Senegal President Macky Sall.

The decision was approved by the IOC Executive Board during its latest remote meeting today and will be given the green light by the Session on Friday (July 17).

The IOC said the postponement results from the "large scale of the operational challenges which the IOC, the National Olympic Committees (NOCs) and the International Federations (IFs) are facing following the postponement of the Olympic Games Tokyo 2020".

Bach claimed the Senegalese capital hosting the Games "would have meant we would have had to organise five Games in three years".

"This really was too heavy workload for everybody," Bach added.

In a statement, the IOC said postponing Dakar 2022 "allows the IOC, the NOCs and the IFs to better plan their activities, which have been strongly affected by the postponement of the Olympic Games Tokyo 2020, by the subsequent postponements of major international sports events, and by the operational and financial consequences of the global health crisis".

Dakar 2022 had been awarded the event in 2018 and the IOC was keen to stress the significance of it being the first Olympic event to take place in Africa.

Preparations for the Youth Olympic Games appeared to hit problems in January as the Senegalese Government had not released the required funding.

Moving the event to 2026 means it is now set to take place in the same year as the Winter Olympic and Paralympic Games in Milan and Cortina d'Ampezzo.

Bach admitted the IOC had "not had time" to relay the decision to postpone Dakar 2022 to the countries who had expressed varying degrees of interest in staging the 2026 Youth Games.

Colombia, India, Russia and Thailand had all entered into discussions with the IOC's Future Host Commission, which identifies and recommends potential venues for Olympic events, over hosting the Games in 2026.

Bach said the four nations would be in a "privileged position" for 2030 and that he was "sure they will understand the situation".

"I would like to reiterate that the IOC has my full support for the organisation of the Youth Olympic Games, postponed to 2026," Sall said.

"I take this opportunity to reaffirm my confidence in the Executive Board and welcome the commitment of its teams, working side by side with us, to make Dakar 2026, the first Olympic event in Africa, a successful and memorable occasion."