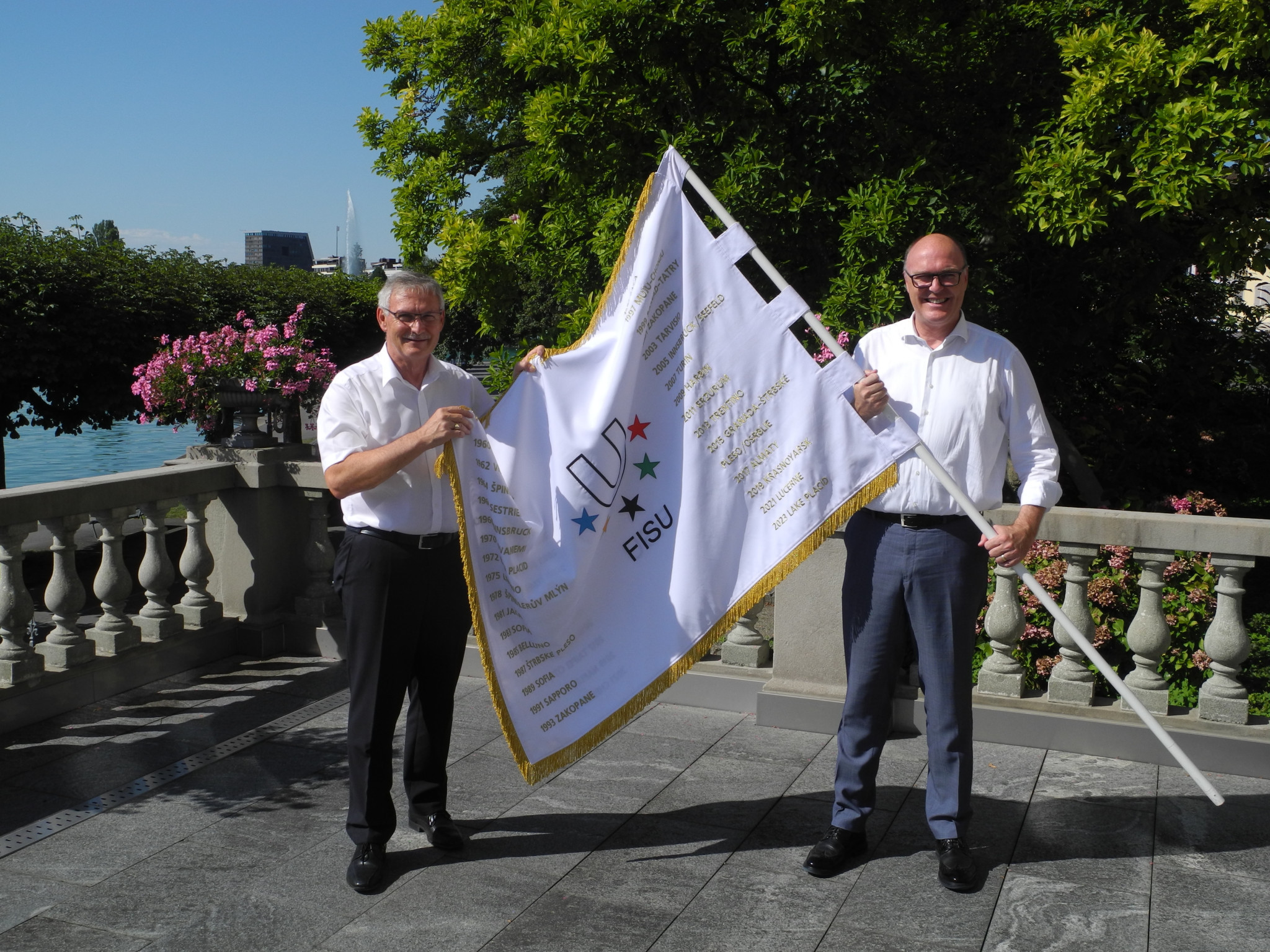 The flag of the International University Sports Federation (FISU) has arrived in Zug as its year-long tour through central Switzerland prior to the Winter World University Games nears its final destination.

After stopping off in Lucerne, Nidwalden, Obwalden, Uri and Schwyz, it is now the turn of the Canton of Zug to host the prestigious symbol of the FISU World Winter University Games.

Last Friday (August 21), the flag was handed over by representatives of the Canton of Schwyz to the Cantonal Councillor of Zug and Minster of Sport Martin Pfister.

#6MonthstoGo | During this year the @FISU flag travels through Central Switzerland. On board the Councillor of the @KantonSchwyz, members of the local organising comitee Stoos and Juliana Suter, Junior Downhill World Champion 2019 and maybe future #Lucerne2021 participants. ?️ pic.twitter.com/0VNdFneF4y

It will stay in Zug until September 25 when it will then travel back to Lucerne, where it will remain until the end of the Games next year.

Zug is set to become the meeting place for ice hockey fans with the men’s preliminary round and all semi-final and final matches for men and women being staged in the home stadium of EV Zug.

Twelve men’s and eight women’s teams will compete for medals.