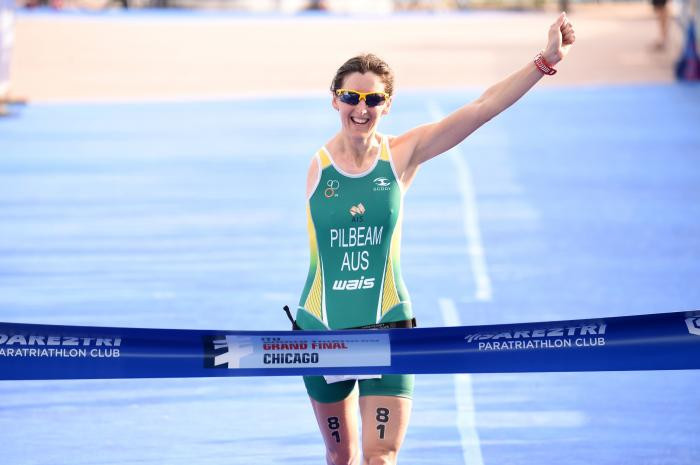 Two-time Paratriathlon world champion Sally Pilbeam has announced her retirement after the enforced break caused by the COVID-19 pandemic allowed her to "reassess" her career.

The 42-year-old Australian revealed she believed it to be the "right time" to step back from sport.

"The forced break in competition and training allowed me to spend more time with my family and I guess reassess where I was at and where I wanted to go," Pilbeam said, as reported by Trizone.

"I really enjoyed this time, and there is a great deal of uncertainty of what lies ahead in racing.

Pilbeam lost her right arm at the shoulder due to cancer in 2002, going on to compete at her first Australian Paratriathlon Championships in 2013.

She then earned her first women's PT3 world title in Edmonton in 2014, also triumphing the following year in Chicago.

"To be honest I never intended to become a paratriathlete," she said.

"I remember arriving at the first National Championships in Penrith in 2013 and feeling so out of my depth.

"But I just kept setting short term goals and improving each time.

"I never thought it would end up like it did.

"I look back and I’m so pleased that I pushed through, despite the many obstacles that were put in front of me right from the start."

In 2018, Pilbeam became a member of the International Triathlon Union (ITU) Athletes' Committee.

"Sally came into the sport at a time when paratriathlon was still quite new, but right from the start she knew what it meant to be an athlete and she was ahead of the curve in the way that she went about it," said Kyle Burns, Triathlon Australia’s paratriathlon lead.

"You don’t achieve those kinds of results without the dedication and commitment that Sally has shown throughout her career.

"She will definitely be missed among the Australian Paratriathlon team.

"However, she should retire comfortable in the knowledge that she leaves the sport in an indefinitely better place than where it was when she began, not just through her results but also through her work as a member of the ITU Athlete Commission as well."