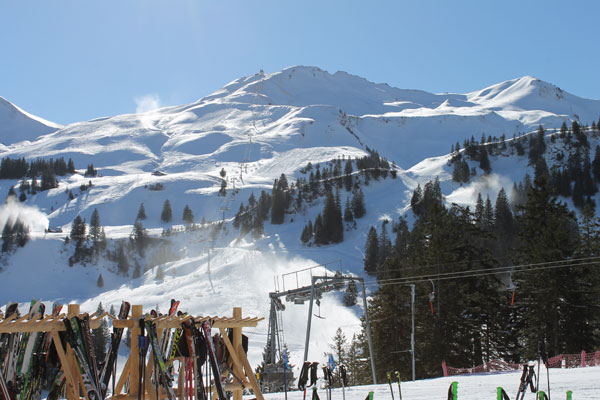 The International University Sports Federation (FISU) considers December 2021 as the most likely time to reschedule the Winter World University Games in Lucerne, while the organisation has revealed Italian interest in hosting the event in 2025.

FISU announced the postponement of Lucerne 2021 in late August due to the coronavirus pandemic.

The event was originally due to take place in the Swiss city from January 21 to 31.

New dates for the Games were among the topics discussed at the FISU Executive Committee meeting yesterday, which was held virtually.

FISU Winter Games Director Milan Augustin presented the results of a survey conducted among national member federations, as well as the six International Federations governing the sports of the Winter Games.

The survey revealed that December 2021 was considered the strongest possibility to reschedule the Games.

FISU secretary general Eric Saintrond told insidethegames last month that the dates must be determined by the end of October.

Dates in 2022 have been considered challenging, with the focus of winter sport being on the Beijing 2022 Winter Olympics.

"First of all, we organise the games for the athletes, for the students," FISU President Oleg Matytsin said.

"And we have to keep in mind the national budgeting and international sport calendars.

"Therefore, I urge the Organising Committee to work closely with FISU and find the best solutions for holding the postponed Games in December 2021."

Preparations for the Chengdu 2021 Summer World University Games are also being monitored by FISU.

Venue construction and renovation is considered to be on track, although FISU Summer Games director Marc Vandenplas said there was an urgent need for the team to also be able to work on location, despite the hundreds of online meetings held so far.

Vandenplas said he hoped the teams would be able to work outside by the end of the year, with the official acknowledging there had been some delays to tenders.

Reports were also received from Lake Placid 2023 and Ekaterinburg 2023, the hosts of the Winter and Summer World University Games respectively.

Updates were also given on the Rhein-Ruhr bid for the 2025 Summer World University Games, with the German effort considered the favourite.

"It is great that despite the current situation we have such strong support and intent from sporting powerhouse countries like Germany and Italy," said Saintrond.

"They have always been very supportive of FISU and we are indeed very thankful for their candidature."

FISU President Matytsin added: "We look forward to making the final decisions on the 2025 games soon."