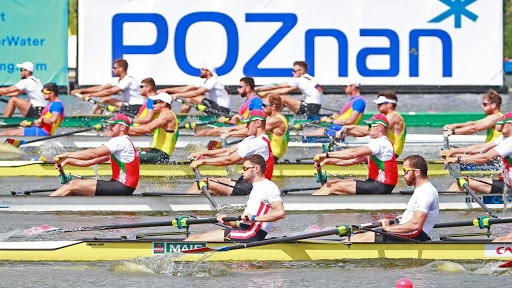 The Netherlands, Italy and Ukraine have all reported positive coronavirus test results following the recent European Rowing Championships in Poznan.

World Rowing (FISA) confirmed "a total of six reports of positive COVID-19 tests" had been received from the three teams four days after the final day of racing in the Polish city.

One rower was infected at home before the event and transmitted it to their roommate, according to the update from European Rowing and FISA.

The other cases are under investigation but FISA believes the three teams "complied" with the Organising Committee’s COVID-19 prevention plan during the competition, which ran from October 9 to 11.

"All these individuals are now in quarantine and isolating, following their respective public health regulations," the statement from FISA read.

"Other members of these teams have also been tested and received negative test results.

"The Poznan Organising Committee COVID-19 infection prevention plan calls for the teams to inform the OC and FISA as soon as observing symptoms or positive test results are received which was the case.

"FISA have reviewed each case and can confirm that these teams complied with the COVID-19 prevention plan during the event.

"FISA have notified those who possibly came into contact with these team members either at hotels or on the transport system."

"European Rowing, FISA and the Poznan Organising Committee will continue to monitor the situation until the end of the 14-day period following the event and will provide further information, as appropriate."

Quite a spread of medals but there's no denying that the Dutch have stepped up at the 2020 European Rowing Championships. #ERChamps #europeanrowing #Poznan2020 pic.twitter.com/UgfmsmnwNV

The Netherlands topped the medals table with eight golds, one silver and two bronzes across the able-bodied and Para events.

Italy - who brought the biggest team to the competition, with entries in 21 out of 22 boat classes - came second with four golds, five silvers and two bronzes.

More than 570 rowers from 31 nations competed at the event which was initially scheduled to run from June 5 to 7 before the COVID-19 pandemic forced it to be postponed.

Some nations, including Britain, opted against taking part because of the global health crisis.