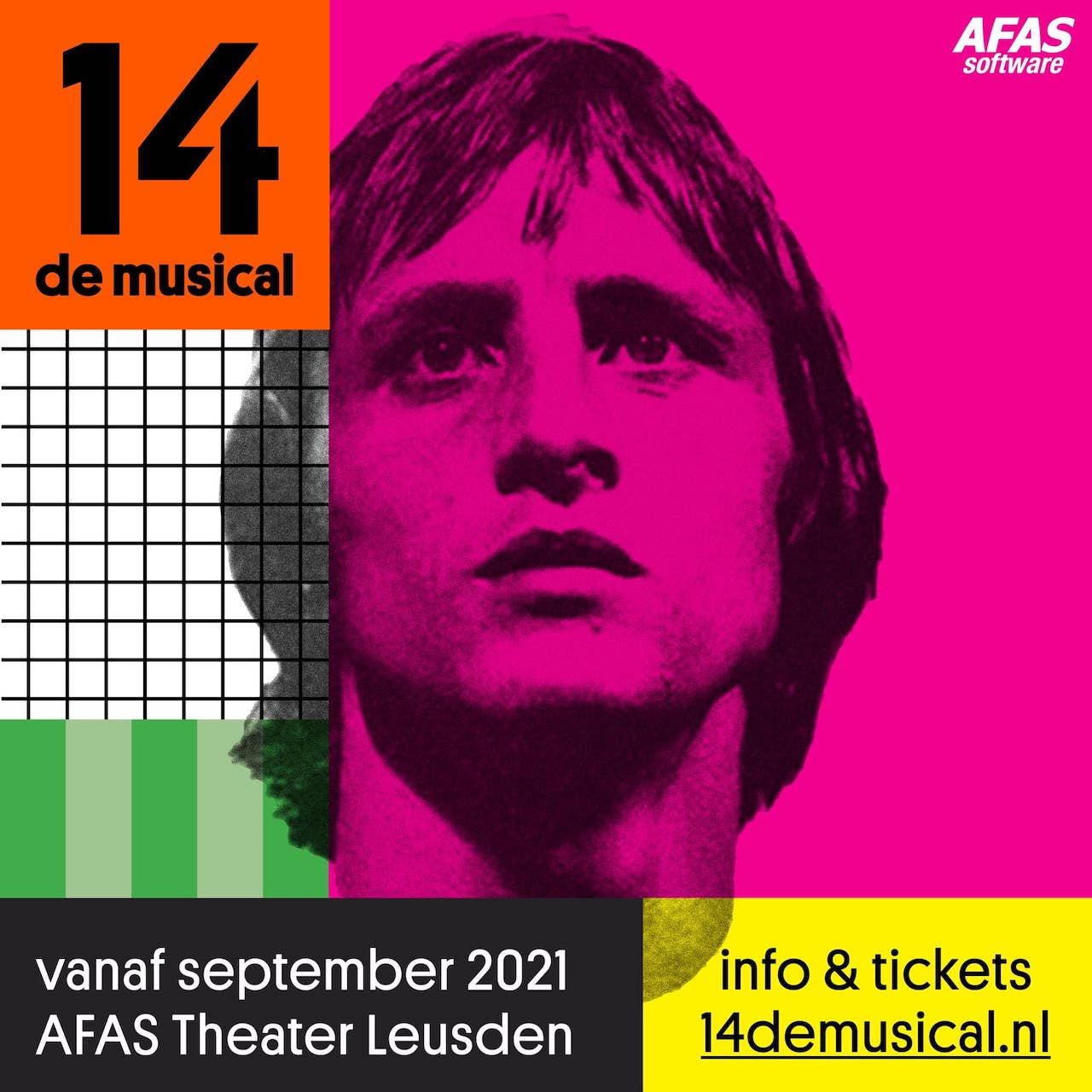 A musical about the life of legendary Dutch footballer Johan Cruyff is set to open next year, paying tribute to one of the sport's greatest-ever players.

14 de musical, referring to the famous number on the back of Cruyff's jersey, is expected to open at the AFAS Theatre in Leusden in September 2021, Dutch producers have announced.

Theatre editor Tom de Ket has "turned the life story of the legendary footballer with a paradoxical personality into a script about ambition, love, and friendship but also about jealousy, loneliness and betrayal," the Out Of Office Productions company said.

Cruyff died of lung cancer at the age of 68 four years ago.

He is still widely regarded as one of the sport's greatest innovators and one of the masterminds of "Total Football", a tactical theory in the game where any outfield player can play in any other position on the pitch with ease.

Cruyff was part of the legendary Ajax side that won three European Cups in a row between 1971 and 1973.

"Total Football" was also an outstanding success for The Netherlands at the FIFA World Cup as they finished as runners-up in West Germany in 1974, beaten by the hosts 2-1 in the final.

The Dutch also reached the final four years later in Argentina - again being beaten by the hosts, this time 3-1 - but Cruyff was missing.

Many years later he revealed he had decided not to play because of  a kidnap attempt a few months before the tournament.

Cruyff was by then playing at Barcelona, where he been a great success, leading them to their first La Liga title in 13 years at the end of his first season in Spain in 1974.

His views on the game would change the route of Barcelona’s history, forever, including the introduction of a new academy system based around the one that had been so successful at Ajax.

Attacking football was at the forefront of Cruyff’s mind, emphasised by this famous quote: "I much prefer to win 5-4 than 1-0."

These principles have been embedded into the culture of the Catalonian side.

Cruyff’s death in 2016 brought tributes from across the world including by legends including Pelé, Diego Maradona and Michel Platini.

The musical also had the backing of the World of Johan Cruyff, the company that manages the great player's legacy.

"We'll see Cruyff playing football, but he doesn't sing himself," Out Of Office Productions said.

"The performance will contain rock, opera and hip-hop and the design is a challenging combination of digital projections and physical set pieces."

Cruyff's partner Danny, one of the first women who became known in the media as a player's wife and played a very important role in Cruyff's life, "gets a major role in the performance", the producers added.

"14 the musical is an inspiring new adventure for us," said Carole Thate, general manager at the World of Johan Cruyff.

The actor chosen to play Cruyff has yet to be revealed.

The play is due to open on September 25 next year and will run on a weekly basis from Wednesday to Saturday "assuming that no more measures are needed against the coronavirus," the producers said.