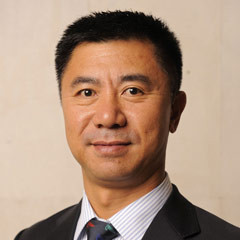 Quanhai Li has received an apparent boost in his campaign to become President of World Sailing, with a respected Norwegian journalist drawing attention to "qualified analyses" suggesting that the Chinese official may have obtained a clear-cut victory.

Mikkel Thommessen has reported in SEILmagasinet that a score of around 83-42 in favour of Li "has been suggested".

He cautions however that a "large margin of error" should be allowed for.

Thommessen also states that there is "little reason" to expect a leak of the actual result before the scheduled announcement date of November 1, when the organisation's General Assembly is held.

SEILmagasinet understands that the World Sailing Nomination Committee "does not even know the result".

Li, 58, is up against Denmark’s Kim Andersen, the incumbent President, in what has been a bitter and divisive election.

World Sailing has stated that 128 Member National Authorities (MNAs) cast eligible votes in the run-off, held between October 20 and 23.

It would hand the country leadership of a Summer Olympic International Federation at a time when it is preparing to host the Winter Olympics and Paralympics in Beijing in less than 18 months’ time.

It would also come at a time when the Chinese national leadership is under increasingly forceful criticism in the West, with talk of a new Cold War in the offing.

With World Sailing’s finances in a fragile state, Li’s backers are hoping he could deliver lucrative new sponsorship deals with Chinese companies.