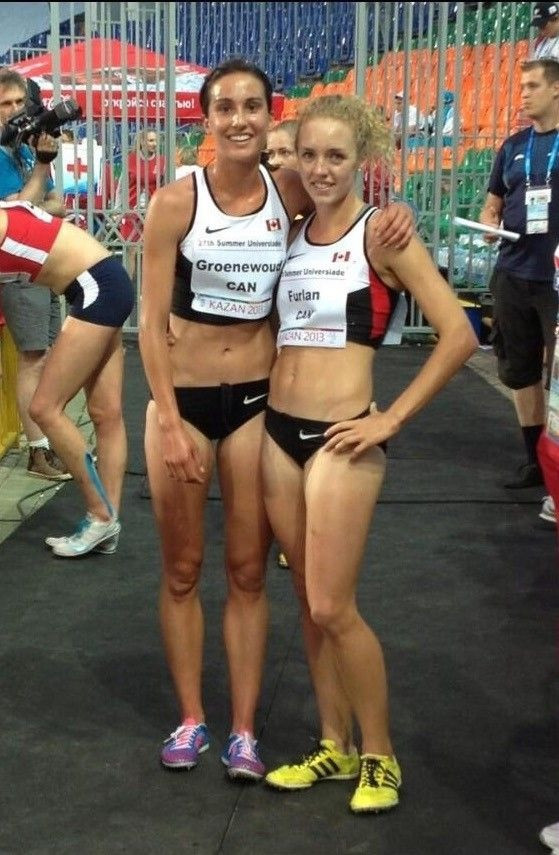 U SPORTS is claiming steeplechasers Chantelle Groenewoud and Jessica Furlan have been upgraded to gold and silver respectively – seven years after missing out on podium places at the International University Sports Federation (FISU) Summer Universiade.

But U SPORTS, the national governing body for university sport in Canada, said "doping sanctions" had been handed down by FISU to all the original medallists at Kazan 2013.

In July 2018, Groenewoud who came fourth in nine minutes, 51.17 seconds had been promoted to bronze after Schmidt was disqualified.

U SPORTS now claims Groenewoud has become the champion with Furlan climbing from fifth to second.

"We are immensely proud of Chantelle and Jessica for their performance in Kazan," said Dick White, interim chief executive of U SPORTS.

"Canada applauds the essential work of both FISU and World Athletics for their diligence in upholding the integrity of clean sport and ensuring our student-athletes received their rightful recognition."

In August, Mıngır was banned for two years and retrospectively disqualified from London 2012 by the Athletics Integrity Unit.

Following a re-test of samples, the 31-year-old was found to have tested positive for banned steroid DHCMT.

Zaripova, the London 2012 3,000 metres steeplechase champion, was banned by the Russian Anti-Doping Agency for two years in January 2015 due to irregularities in her biological passport reading.

Groenewoud described her promotion to gold as a "bittersweet" feeling but was delighted for Furlan.

"There’s no one else I’d rather share a podium with than Jessica," said Groenewoud.

"Part of it is never getting that experience when you’re on the podium and your national anthem is playing, or you’re in the race and you’re realising that “Wow, I’m going to win gold or silver."

Furlon added: "We were happy with our result that day, finishing fourth and fifth was exciting.

"It’s weird because you see and hear about people getting upgraded. We assumed that, at some point in our careers we weren’t competing on an even playing field."

According to Athletics Canada, Groenewoud and Furlan are now the first Canadian teammates to share the top two steps of the podium at a FISU athletics event.

Furlan suffered a foot injury in 2015 that hampered her bid to qualify for Rio 2016 but has set her sights on earning a spot at Tokyo 2020.

"There’s been a lot of ups and downs and making the Olympic team this year would be amazing," she said.

"I continue to pursue this sport because I know I haven’t achieved the greatest performances that I have in me.

"If I can achieve that, I know I can make the Olympic team."

Groenewoud has retired from competitive racing and is expecting the birth of her first child.