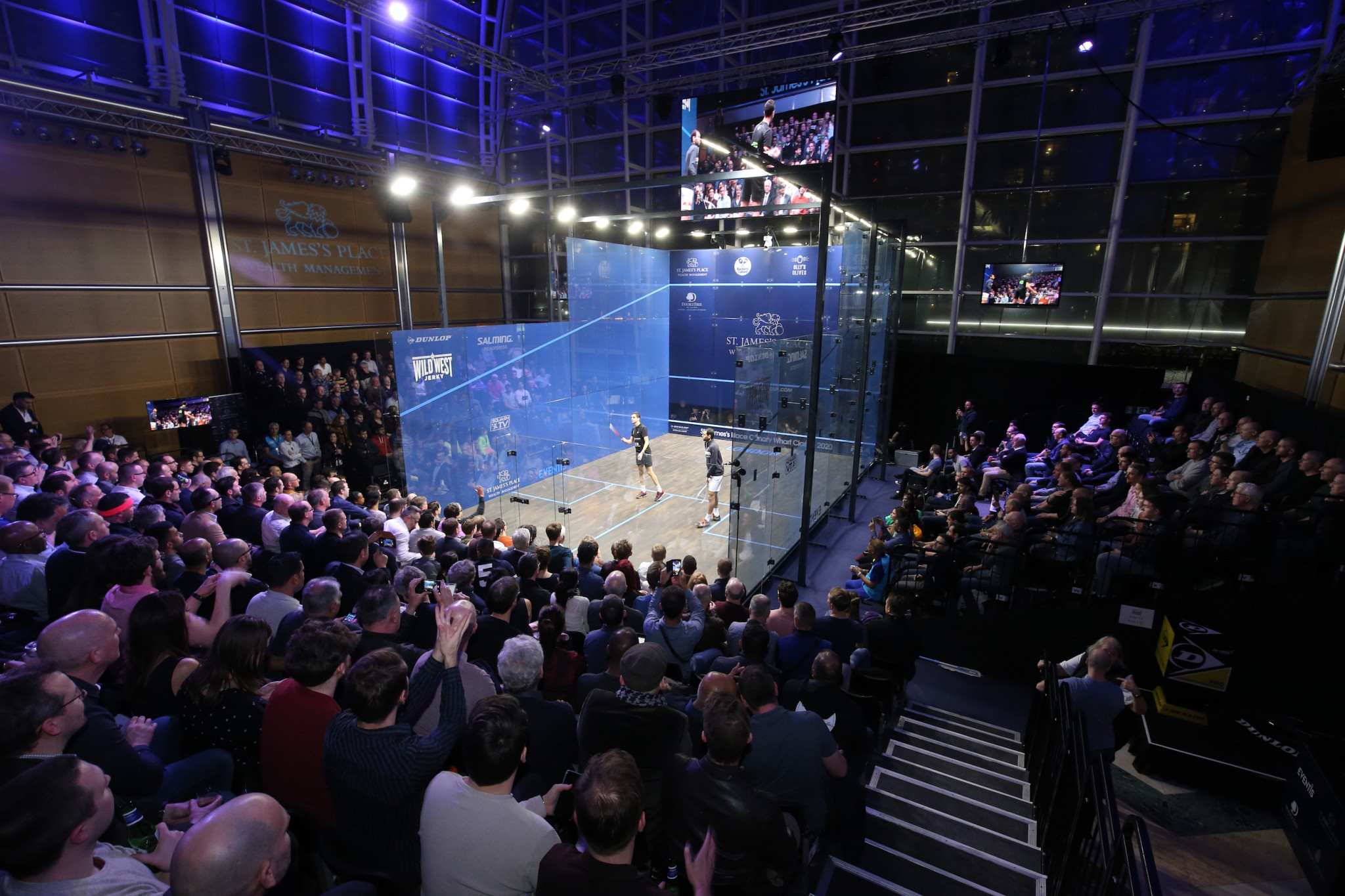 After being postponed from its traditional March dates this year, PSA Tour Gold event the Canary Wharf Classic is now due to be hosted at East Wintergarden in London, from November 14 to 19.

The tournament, which normally takes place in March, was the last men’s event to be held in 2020 before a six-month suspension of the PSA World Tour because of the coronavirus pandemic.

Last year’s final was an all-Egyptian affair with current world number two Mohamed ElShorbagy, who at the time was the world number one, defeating Ali Farag, who is currently top of the men’s world rankings, in four games.

"It’s always a tough decision to postpone an event, but the crowd is such an integral part of it that it felt like the right thing to do," said tournament director Tim Garner.

"In the squash world a postponement often equates to a cancellation.

"However, thanks to the support of Canary Wharf Group we will be hosting the 2021 edition in November, before reverting back to our traditional spot in March 2022, thus maintaining our unbroken run since the inaugural 2004 event.

"It’s impossible to explain how excited we will be to get back to the East Wintergarden and I know that all our regular fans share our enthusiasm."

The University of Hull will host the Allam British Open, with the PSA World Tour Platinum tournament due to take place between June 14 and 20, subject to restrictions put in place by the UK Government, when squash's longest-running tournament returns to the calendar.

Under proposals announced last month, all coronavirus restrictions in England are due to be lifted on June 21, although there is optimism this timetable could be accelerated and fans could be allowed to attend the event.

Last year’s British Open was cancelled due to the COVID-19 pandemic, but a world-class field - featuring defending champions ElShorbagy and fellow Egyptian Nouran Gohar - will head back to Hull to compete for one of the most distinguished trophies on the PSA World Tour.

The British Open, first held in 1930, will be the final tournament on the CIB Road to Egypt as players aim to qualify for the CIB PSA World Tour Finals, scheduled to take place later that month.

A specially constructed ASB Glass Show Court will showcase the best of the action inside the Allam Sport Centre while the traditional courts located within the same complex will also host matches in the early stages of the tournament.

"The Allam British Open is one of the sport’s most prestigious tournaments and we’re delighted to see Dr Allam be the title sponsor for the record ninth consecutive time," said PSA chief executive Alex Gough.

"We are optimistic that the planned COVID-19 roadmap in the United Kingdom will enable us to welcome fans back to one of our European tournaments for the first time since March 2020.

“However, we will be monitoring developments closely and working together with Dr Allam, the University of Hull and England Squash over the coming months to ensure a safe and successful delivery of one of the world’s premier squash tournaments."

The Manchester Open, a PSA World Tour Silver event, is due to take place between April 19 and 25.

It will be the first PSA World Tour event held in Europe since the Manchester Open in September.