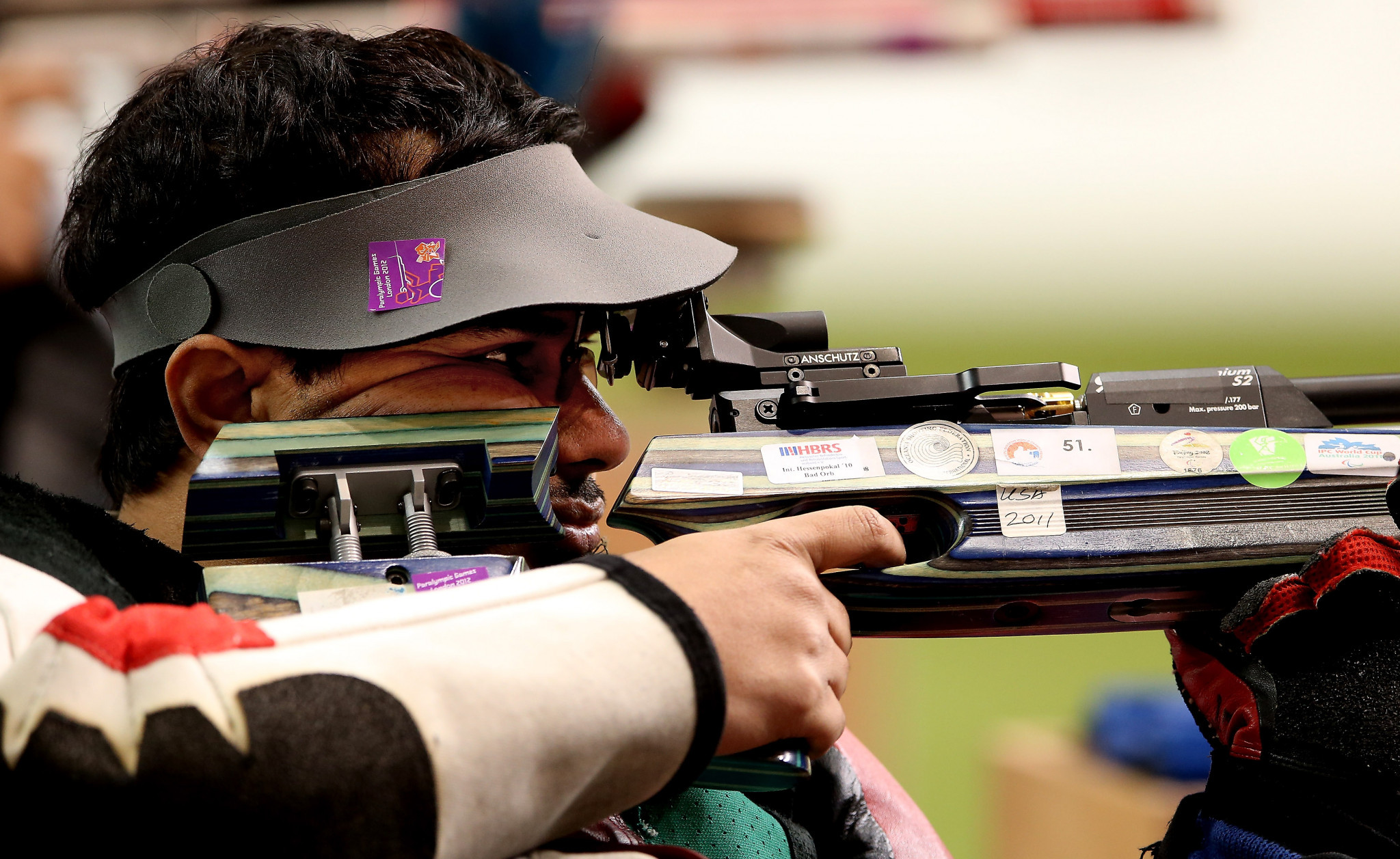 The United Arab Emirates team added another gold medal to their tally on the third day of competition at the World Shooting Para Sport World Cup in Al Ain.

In the R7 men's 50-metre rifle 3 positions SH1 category, Abdulla Sultan Alaryani was a comfortable winner, finishing with a total score of 450.7.

The London 2012 Paralympic gold medallist faced Ukraine's Andrii Doroshenko in the final round, defeating him by more than six points.

Doroshenko finished on 444.1 and compatriot Yurii Stoiev won the bronze medal with a score of 433.5.

Italy's Jacopo Cappelli and the UAE's Obaid Aldahmani were fourth and fifth.

MEDALS TABLE@ukrparalympic spends its third day at the top of the medals table in Al Ain, but other nations keep track of them.

Iranian Sareh Javanmardi won the gold medal in the P2 women's 10m air pistol SH1 with a score of 237.7.

The silver medal went to Aysegul Pehlivanlar of Turkey with a total of 231.5, while Krisztina David of Hungary won bronze.