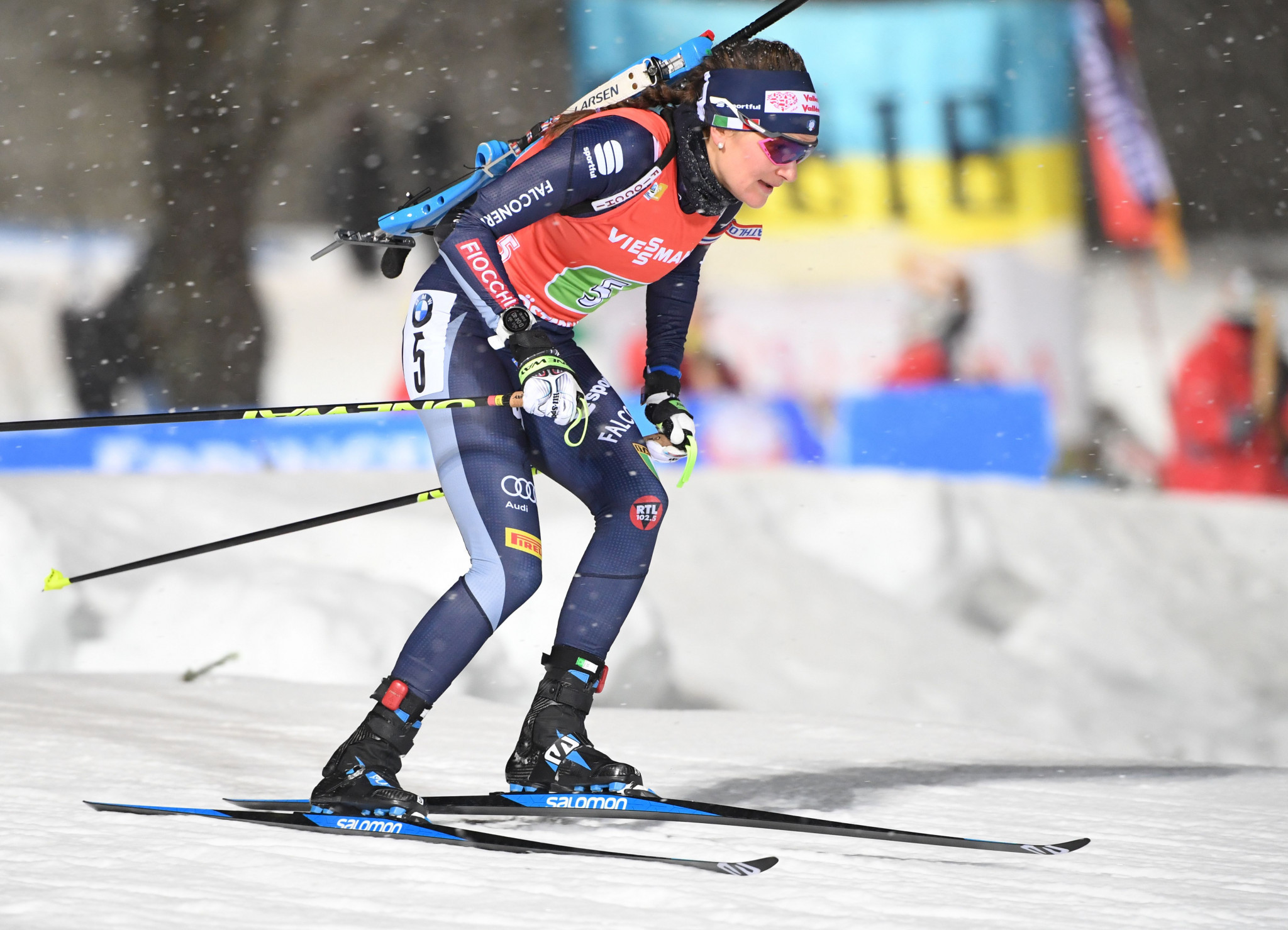 Italian biathlete Nicole Gontier, who twice won a relay bronze medal at the Biathlon World Championships, has announced her retirement at the age of 29.

Her competitive career officially came to an end at the Italian Championships in Val Martello last weekend.

"The right time has come," Gontier said after a farewell party, according to Neve Italia.

"I hope it's not a goodbye to biathlon.

"I enrolled in a master's degree in sport marketing and I sincerely hope to return to the environment that remains in my heart more for the emotions, the group, the friends than for the results obtained."

Gontier's international success dates back to the Junior World Championships in Czech town Nové Město na Moravě a decade ago, where she won the silver medal in the 3x6 kilometres relay with Alexia Runggaldier and Dorothea Wierer.

Ciao, Gonti! 🇮🇹😢@Fisiofficial's Nicole Gontier has decided to finish her career after the Italian Championships this weekend in Martell! In bocca al lupo per il futuro 💪

A year later, Gontier won the silver medal again at the 2012 Junior World Championships in Kontiolahti in Finland.

Gontier's World Cup debut came in November 2012 and she contested 136 races on the circuit, making the individual podium once with a bronze medal in the sprint in Oberhof in Germany in January 2015.

That same season, Gontier also made the relay podium for the only time when Italy claimed silver in Holmenkollen in Norway.

Fittingly, the Italian would win relay silverware on the senior stage in 2013 and 2015 in the same locations where she stood on the podium at the Junior World Championships.

Gontier claimed bronze in Nové Město na Moravě in the 4x6km relay alongside Wierer, Michela Ponza and Karin Oberhofer in 2013, and two years later won the same medal in Kontiolahti with Wierer, Oberhofer and Lisa Vittozzi.

At the Olympics, Gontier's best finish was 6th place in the 4x6km relay at Sochi 2014.