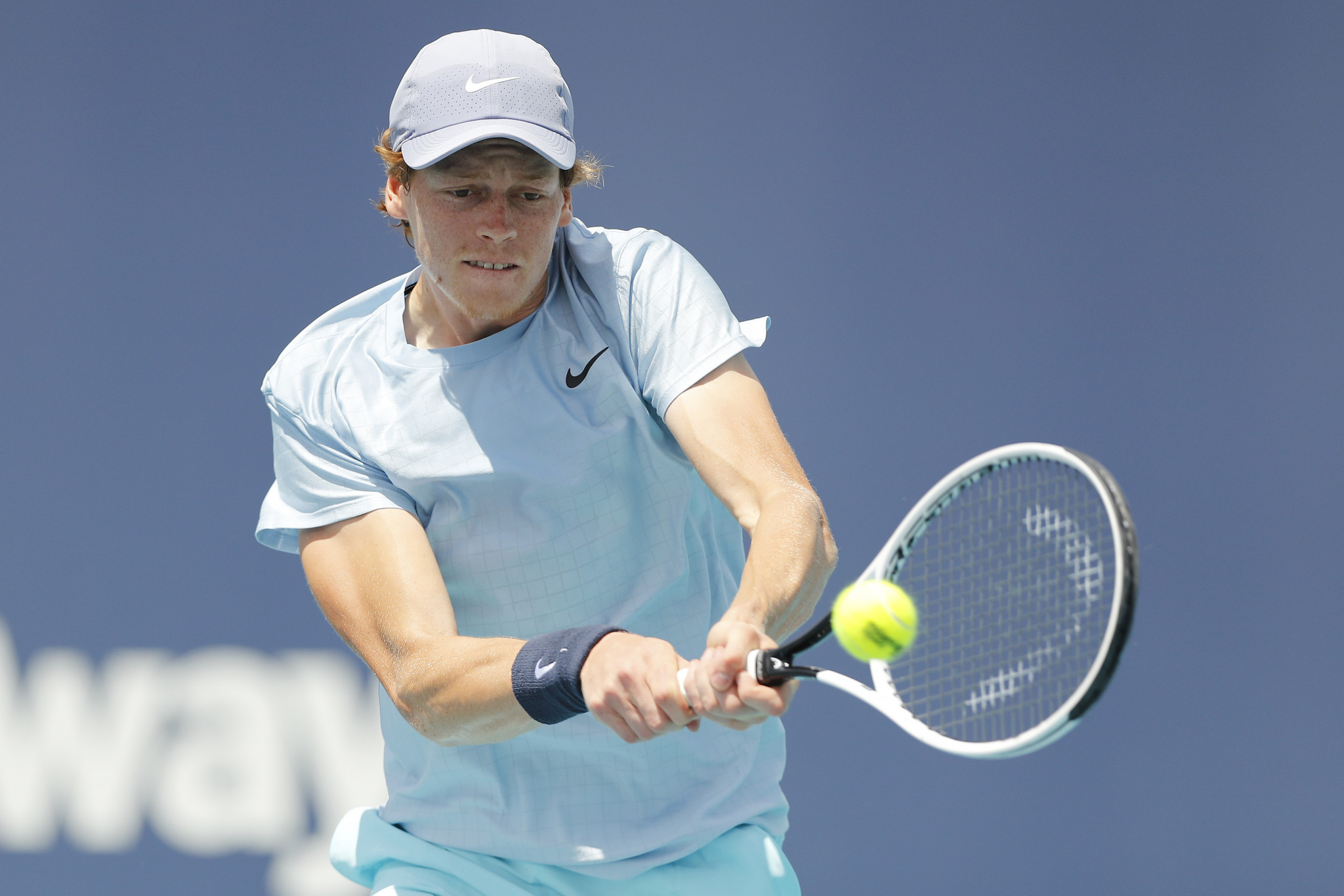 At 19 years and seven months, Sinner also becomes the youngest Association of Tennis Professionals (ATP) Masters 1000 finalist since Spanish great Rafael Nadal in Madrid in 2005 and will now look forward to facing Poland’s Hubert Hurkacz, who knocked out fourth seed Andrey Rublev of Russia in the other semi-final.

Sinner landed 25 more winners than his opponent as he continued his sensational run in the competition.

Grand Slam champions Andre Agassi of the United States, Novak Djokovic of Serbia and Nadal are the only men's players to have advanced to the Miami Open final as teenagers in the tournament’s 36-year history.

"Joining [those names] feels great obviously but, as I always say, I'm 19," said Sinner, who is through to a second ATP Tour final of the year following his run at the Great Ocean Road open in February.

"The road to have this big name is long.

"It's not done in one week of tournament. [It] is a long process to [get] there."

The Miami Open was hit by a series of withdrawals ahead of the event with Nadal, Austria's Dominic Thiem and Switzerland's Roger Federer opting to focus on the clay-court season and Djokovic pulling out due to COVID-19 restrictions.

With the likes of Russian Daniil Medvedev, Greek Stefanos Tsitsipas and Germany's Alexander Zverev failing to advance to the semi-finals, Rublev would have been hoping to seize his opportunity.

But the world number eight was broken three times as 26th seed Hurkacz wrapped up a 6-3, 6-4 victory in an hour and 28 minutes.

Hurkacz is on a run of nine straight victories having claimed the Delray Beach Open title - also in Florida - prior to the event and will hope to make it 10 in a row with victory over 21st seed Sinner on Sunday (April 4).

"It means a lot, especially after winning a title at the beginning of the year, I had a couple of rough matches," said Hurkacz.

"So I’m so happy that I came over and I was still trying to improve my game and trying to be a better player.

"This is really huge for me."

"[Me and Jannik] played doubles together last week in Dubai.

Competition is due to continue tomorrow with the women's singles final between Australia's Ashleigh Barty and Canada's Bianca Andreescu.