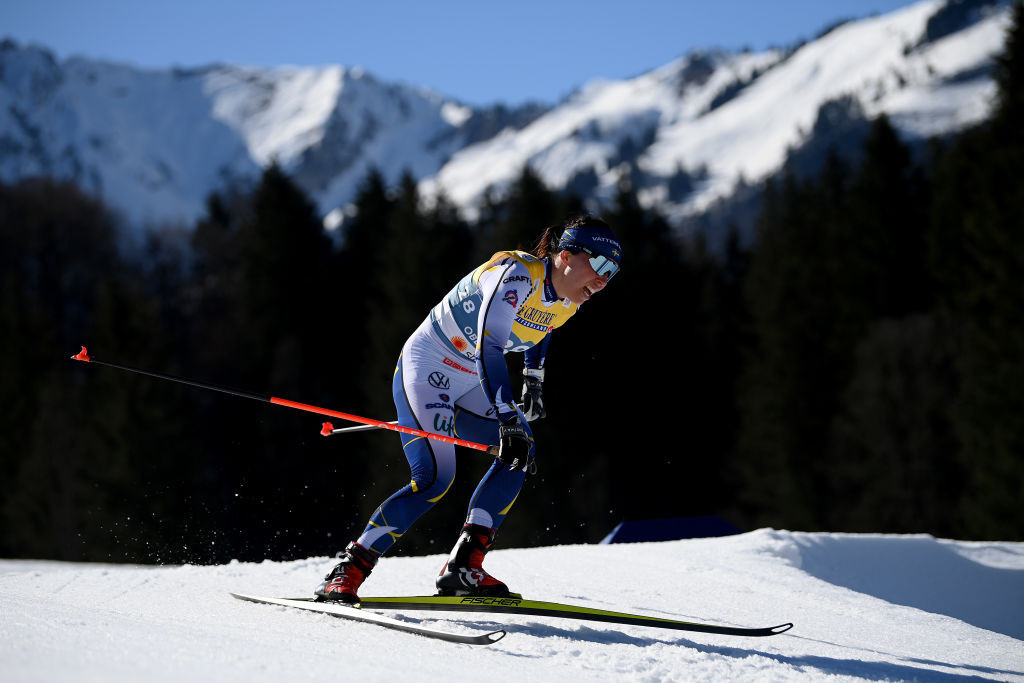 Olympic champion Charlotte Kalla and world champion Jonna Sundling are among the athletes named on the Swedish cross-country skiing squad for the 2021-2022 season.

Kalla, a three-time Olympic gold medallist who won the 15 kilometres skiathlon at Pyeongchang 2018, confirmed last month that she would continue her career following a difficult campaign.

The 33-year-old battled injury as well as coronary heart disease during the 2020-21 season, but outlined her ambition to represent Sweden at the 2022 Winter Olympic Games in Beijing.

Maja Dahlqvist, who partnered Sundling to world team gold, is also on the team, along with Ebba Andersson, the world bronze medallist who finished third on the overall Cross-Country World Cup standings last season.

"We are incredibly pleased with what we have achieved this past winter," said national team manager Anders Byström.

"The women have showed again and again that we have the world's best women's team and the step that the men have taken this season is fantastic.

"Success breeds success and that has really been the case with our team this winter."