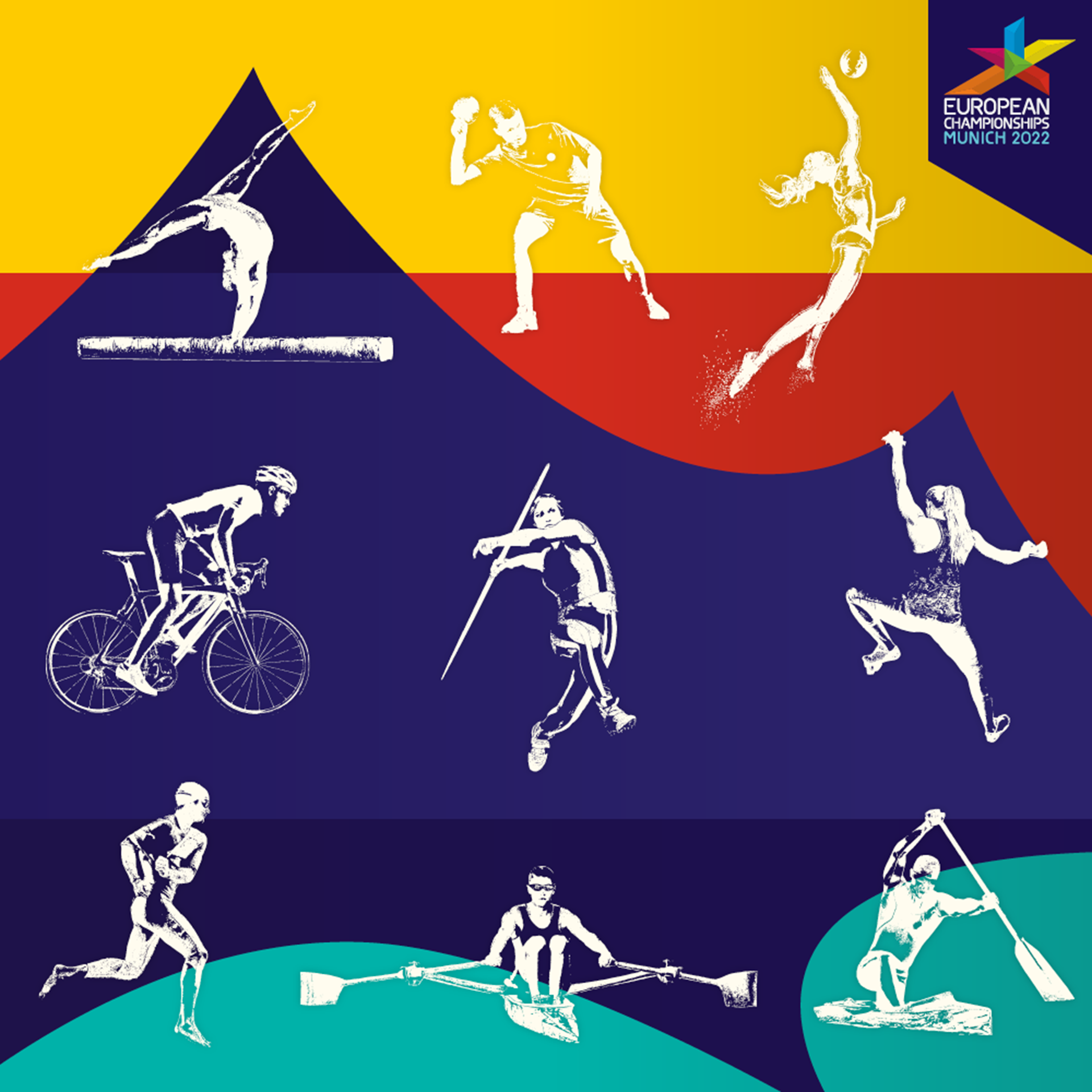 Munich 2022 has unveiled "Back to the Roofs" as its slogan for next year's European Championships.

It has been accompanied by a new image to promote the Championships, featuring a silhouette of the iconic Olympiastadion built for the 1972 Olympic Games, which will be celebrating its 50th anniversary next year, and a colourful motif highlighting the nine sports that are due to be part of the European Championships.

"The Olympiapark Munich is an event and meeting place with a glamorous past, a pulsating present and a promising future," Munich 2022 said on its website when launching the new slogan and imagery.

"In August 2022, the park will once again take centre stage: With the European Championships Munich 2022, Munich welcomes the largest sporting event since the 1972 Summer Olympics.

"Concentrated top-class sport under one roof, right in the heart of the city, characterised by a carefree atmosphere - that is the recipe for success for a unique experience that will be remembered."

Florian Weber, the creative director of Munich 2022, claimed the slogan was "a call to action, an invitation to rethink major multi-sport events, a welcome message to a sustainable event that will change Munich and the Olympic Park".

Referencing the current coronavirus pandemic, which has disrupted so much of the sporting calendar, Weber claimed Munich 2022, due to take place between August 11 and 21, was "a trigger for anticipation, needed now more than ever".

The new images have been developed by the Zum golden Hirschen agency, who have offices across Germany, including in Munich.

"The aim was to combine the three central elements - 50 years of the Olympics, the European Championships and the Olympic Park itself - and make them tangible for everyone in a common idea," Munich 2022 explained on its website.

"The core element of the appearance is the silhouette of the world-famous Olympic roof.

"Unique and beautiful, the roof silhouette stands for the unifying experience in one place, in the Olympic Stadium, in the Olympic Hall, in the city of Munich or under the roof of chestnut trees in a Munich beer garden."

The new motif featuring the nine sports that will form the European Championships - athletics, beach volleyball, canoe sprint, cycling, gymnastics, rowing, sport climbing, tennis and triathlon - is a nod to legendary graphic designer and typographer Otl Aicher, it is claimed.

Aicher designed pictograms for Munich 1972 that proved influential on the use of stick figures for public signage.

"The colourful motifs are the flagship of Munich 2022 - in Germany and beyond the borders," European Championships organisers said.

"They are in the tradition of the 'cheerful Games' from 1972 and the design by Otl Aicher.

"Both the overall motif and the individual appearance of each sport revive the spirit of that time and reflect the versatility of the event and the Olympic Park."