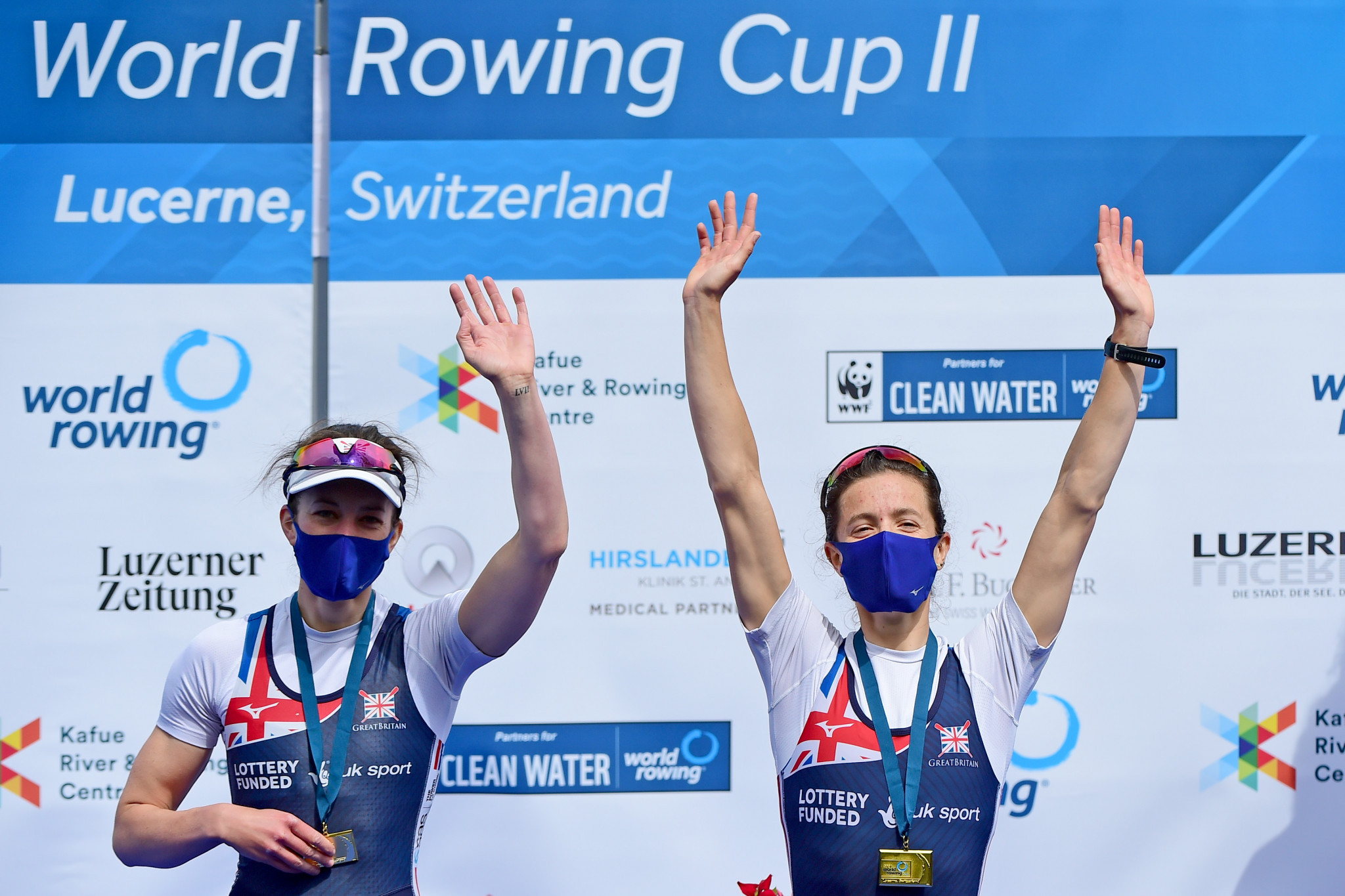 China and Britain topped the medal table at the second regatta of the Rowing World Cup series after notching three titles each in Swiss city Lucerne.

A total of 15 nations picked up medals with Britain leading the way with golds in the men’s eight, lightweight women’s double sculls and the men’s four as well as one silver and one bronze medal.

Three thousandths of a second separated world champions Germany and European gold medallists Britain in the final of the men’s eight.

It was neck-and-neck to the line with Britain taking the gold on the final stroke with a winning time of 5mins 24.26secs ahead of Germany and The Netherlands.

The other British gold medal was won by Emily Craig and Imogen Grant as they beat Romanian and French crews to win the lightweight women's double sculls in 7.00.33.

What an amazing last race!

Today’s success came in the women’s quadruple sculls and men’s double sculls, winning in 6:25.07 and 6:18.91 respectively.

Ireland and The Netherlands also got on the podium in the men’s double sculls, while Germany took silver and Italy clinched bronze in the women’s quadruple sculls.

It was the first time the two Chinese crews had raced since the 2019 World Rowing Championships.

The Netherlands finished third in the standings with five medals including two golds - one in the men’s quadruple sculls and one in the women’s four.

The men’s quad are the reigning world champions and prevailed again in a hard race with Italy and Britain after crossing the finish line in 5:48.39.

The Dutch women’s fours gold medal has put them in a strong position leading up to the Tokyo 2020 Olympics as they clocked a winning time of 6:30.24.

Britain had to settle for second, while Romania picked up bronze.

One of the closest finishes of the day was the women’s single sculls.

Hanna Prakhatsen of Russia got out to a commanding lead only to have the gap reduced with strong sprints by Kara Kohler of the United States in second and Ireland’s world champion Sanita Puspure in third.

Prakhatsen held on to win gold in 7:28.07 as Kohler, competing in her first international race since taking bronze at the 2019 World Rowing Championships, secured silver in 7:29.57.

Sabaudia in Italy is set to hold the third stage of the Rowing World Cup from June 4 to 6.