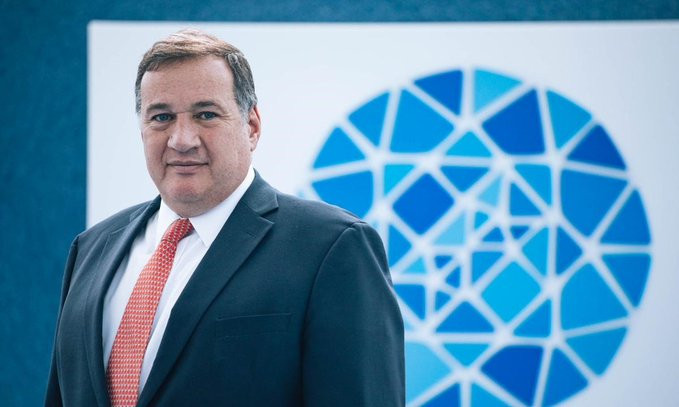 Greece's Spyros Capralos has been elected President of the European Olympic Committees (EOC) after seeing off acting head Niels Nygaard in the vote at the organisation's in-person General Assembly in Athens.

The Greek official is the ninth President of the EOC and succeeds Nygaard, who had held the position in an acting capacity since the death of Janez Kocijančič last June.

"What an honour, thank you so much for your confidence," said Capralos.

"Through unity, trust and solidarity, we can raise the EOC to the next level."

Capralos admitted there would be "many challenges" during his first four-year term and called for "solidarity" from the EOC's members.

"We have to remain united and bring solidarity with our members so we can assist more countries in need," he said.

"There are many challenges ahead, such as the European sport model, and we need to work on the recovery after the pandemic.

"Integrity, better governance and transparency - this is what we intend to do.

"We also need to find sustainable solutions for the future to ensure lasting success for our events."

The votes have been counted and we now have a newly elected Executive Committee of the EOC who will support the President and Raffaele Pagnozzi who was re-elected as the Secretary General. #EOC50 pic.twitter.com/K5C4XskUJZ

The EOC General Assembly marked the largest in-person gathering of Olympic officials since the COVID-19 pandemic forced meetings to be staged online.

A total of 46 National Olympic Committees were present in the room in the Greek capital, with four others joining remotely.

National Olympic Committee and Sports Confederation of Denmark (DIF) vice-president Hans Natorp criticised the results of the vote for President and secretary general.

"Reform and development of the EOC into a contemporary and relevant organisation is hereby cancelled this time," Natorp wrote on Twitter.

Capralos, who became the first Greek member of the IOC since 2015 when he was elected to the organisation two years ago, had been the favourite in the two-horse race for the Presidency.

A member of the EOC Executive Committee since 2005, Capralos, a two-time Olympian in water polo, also served as the director general of the Organising Committee for the 2004 Olympics in Athens.

Capralos was warned by the IOC Ethics Commission in 2012 following his link to black market ticket sales for that year's Olympic Games in London.

IOC President Thomas Bach claimed after Capralos' election as an IOC member that a "warning cannot mean exclusion forever" and insisted the Greek had served his sanction.

Defeat for Nygaard ends his association with the EOC and he is also set to leave his role as President of the DIF later this month.

The General Assembly and election had been due to take place in Turkey in October before it was moved to Rome and given dates in November.

It was later announced the key meeting would be held in Athens from April 16 to 17 but it was then pushed back to June because of restrictions imposed due to the COVID-19 pandemic.