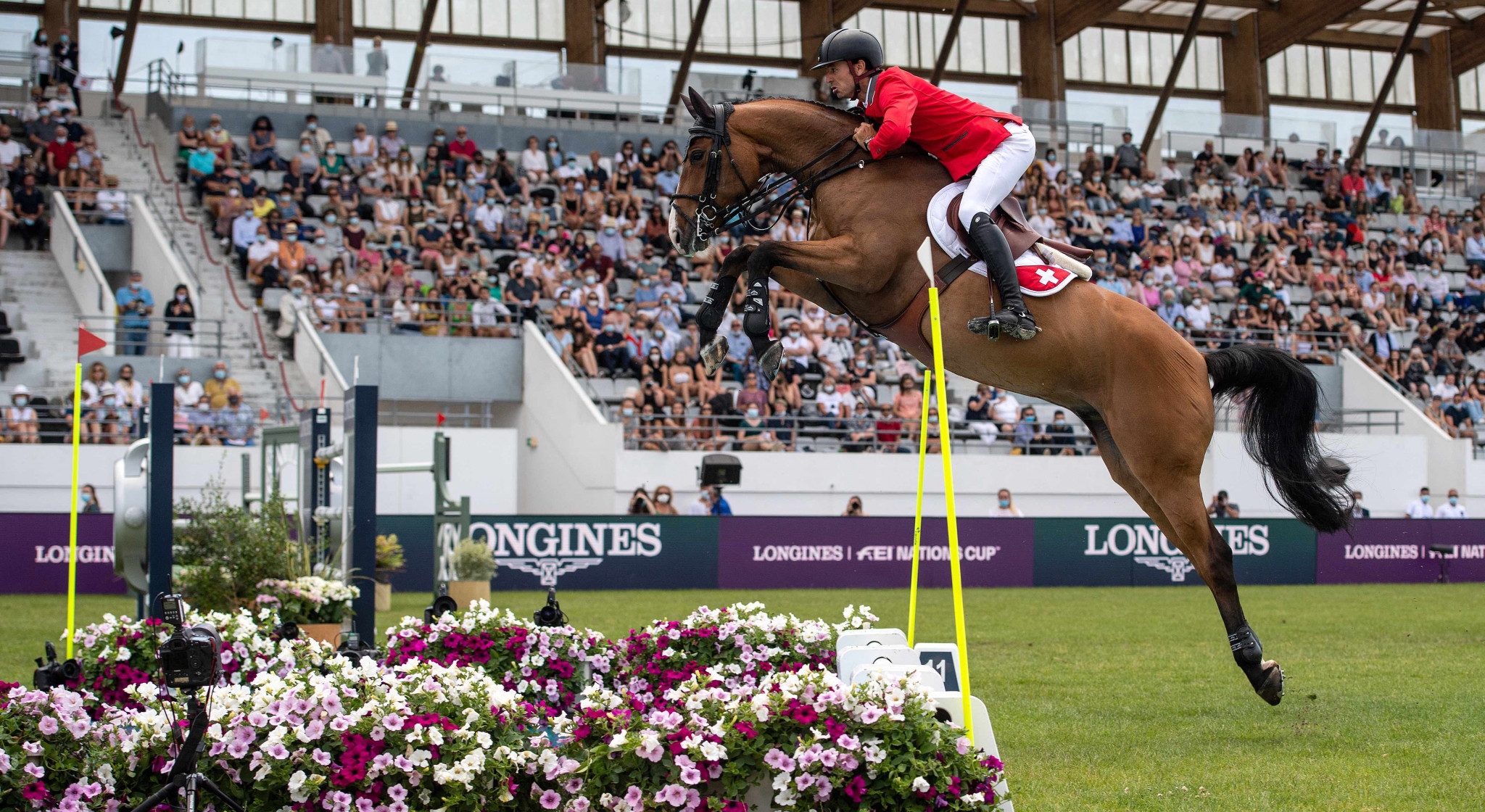 A clear final round by Beat Mandli secured Switzerland victory in the second leg of the Longines International Equestrian Federation (FEI) Jumping Nations Cup Division 1 at La Baule in France.

The double-Olympian and 2007 FEI Jumping World Cup champion rose to the challenge, enabling his team to finish with just four faults, ahead of Italy, on seven, and Belgium on eight.

Ireland, the 2019 Nations Cup champions from Ireland, were level in the lead with Switzerland with no faults at the halfway stage but eventually had to settle for fifth place with 12 faults with Mexico, The Netherlands, Brazil, France and Sweden lined up behind them.

Of the 10 nations competing, Italy was the only one not to have qualified for the rearranged Olympic Games in Tokyo next month, yet they finished ahead of all but one of their rivals.

Little went right for Sweden, winners of the first leg of the Nations Cup season at St Gallen in Switzerland last Sunday (June 6), when the hosts finished third.

Angelica Augustsson Zanotelli had a second-round fall following which her horse, Kalinka van de Nachtegaele jumped out of the arena, and the team ended up with a big score of 31 faults.

As the last-line riders took their turn it seemed the Belgians might finish with just four on the board to stay well in contention until a mistake from Niels Brynseels’ Jenson van’t Meulenhof raised that to eight.

Italy had the chance of winning in the final round, but Luca Marziani, riding Lightning, struck the white planks at fence 10 and first element of the final double.

Second-last to go, Mandli had all the weight on his shoulders but came up with the clear round that earned his team victory.