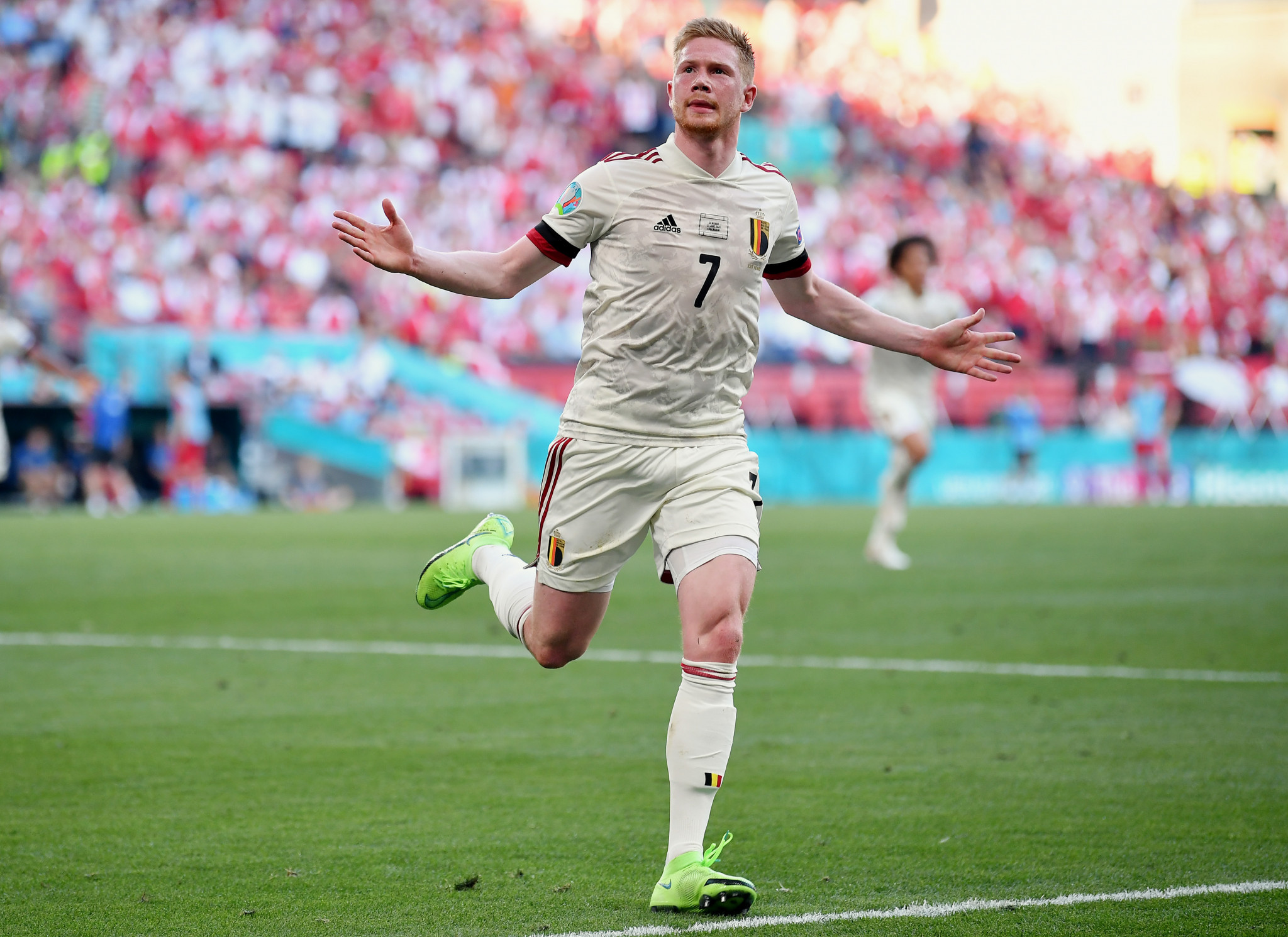 Belgium fought back from a goal down to beat Denmark on an emotional occasion in Copenhagen, securing a victory which gives them a place in the UEFA European Championship's round of 16.

Denmark were again playing at Parken Stadium five days after star midfield Christian Eriksen collapsed during a match and had to be resuscitated, following a cardiac arrest.

Riding a crest of emotion, the hosts took the lead within 100 seconds as Yussuf Poulsen drove a low shot into the net, following a calamitous episode of defending from Jason Denayer.

After 10 minutes, the referee stopped the game for a moment's applause in honour of Eriksen, who wears number 10 and is to be fitted with a heart-starting device, it was announced today.

The Danes made it to the interval 1-0 up, but Belgium then brought on Kevin De Bruyne, and he inspired a stirring comeback from the world's top-ranked men's team.

❤️ Denmark and Belgium unite to show their support for Christian Eriksen.#EURO2020 pic.twitter.com/jaaTpCNA3n

Then on 70 minutes, De Bruyne applied a fine finish from outside the box to give Belgium the lead following another flowing move.

Martin Braithwaite hit the crossbar late on with a headed effort, as Denmark pressed for a leveler, but it finished 2-1.

Belgium have six points and are top of Group B; Denmark are pointless and must beat Russia to stand any chance of advancing.

In Group C, Ukraine beat North Macedonia 2-1 in Bucharest and The Netherlands saw off Austria 2-0 in Amsterdam's Johan Cruyff Arena.

That result means the Dutch have also booked their place in the last 16.

Memphis Depay opened the scoring from the penalty spot, and it was only profligate attacking play from the hosts which prevented them running away with the match.

Austria, who were without Marko Arnautovic, suspended following what was claimed by the opposition to be a "nationalist" outburst after he scored versus North Macedonia, rarely troubled the Dutch defence and went two goals behind when defender Denzel Dumfries was set up to score his second goal in as many games by substitute Donyell Malen.

Over at Arena Națională in Romania, Andriy Yarmolenko was the star man, scoring a tap-in and setting up Roman Yaremchuk to convert a one-on-one as Ukraine took an early two-goal lead.

Ezgjan Alioski pulled one back, reacting quickest after his own penalty was saved to avoid his blushes, and there was also time for Ukraine to miss a penalty of their own - through Ruslan Malinovskiy.

The Dutch have six points at the top of Group C, with Ukraine and Austria each on three and North Macedonia pointless.