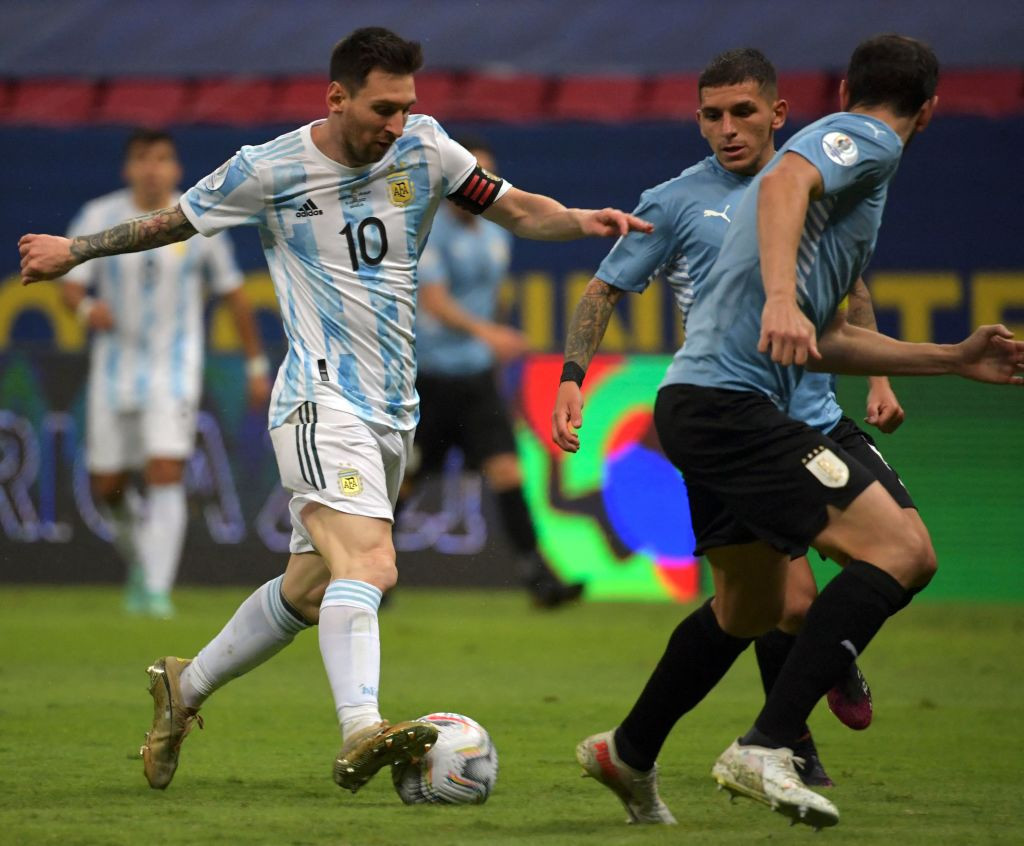 Argentina beat Uruguay 1-0 in their second match at the Copa América to take up joint leadership of their qualifying group.

A 13th -minute headed goal from midfielder Guido Rodriguez at the Estádio Nacional Mané Garrincha in Brasiia, from a left-wing cross by Lionel Messi, took Argentina to four points in Group A following their opening 1-1 draw with Chile.

Earlier in the day at the Arena Pantanal in Cuiabá, Chile had also earned a 1-0 win in their second match, against Bolivia, thanks to a 10th minute goal from their English-born striker Ben Brereton.

Chile are ahead of Argentina by dint of a single fair play point.

Argentina, with three changes in defence from their opening game, were in overall control against an Uruguayan team that included the forward skills of Luis Suárez and Edinson Cavani.

Uruguay’s coach Oscar Tabárez, whose team has not won in four matches, said in a press conference that Uruguay did not have many opportunities against Argentina, but claimed they still have a good chance to advance to the knockout stage in the next three matches.

"We have players that know well how to score goals, but we could not use them," he said.

Argentina's next match is due to be against Paraguay on Monday (June 21), the same day that Uruguay are scheduled play its second match in the tournament against Chile.

A victory against Paraguay could move Argentina into first place in Group A and avoid an early knockout-stage meeting with defending champions Brazil,  who look likely winners of Group B after winning their first two games 3-0 and 4-0.

Tomorrow is a rest day before the tournament is due to resume on Sunday (June 20) with Venezuela taking on Ecuador in Group B at Estádio Olímpico Nilton Santos in Rio de Janeiro.

That is scheduled to be followed by another Group B match with Colombia meeting Peru at the Estádio Olímpico Pedro Ludovico in Goiânia.