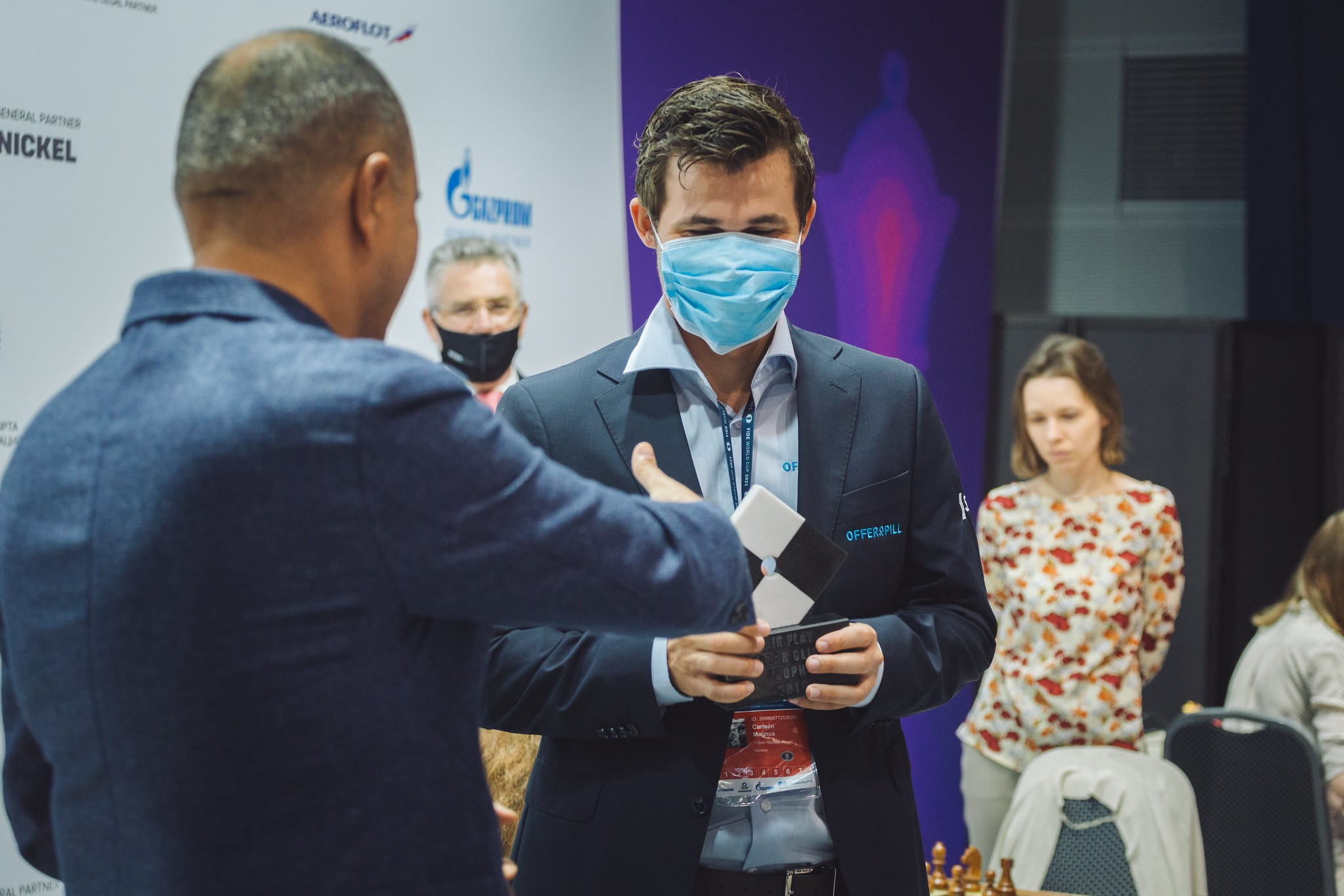 The International Chess Federation (FIDE) is "investigating" why it was not informed about a positive COVID-19 test involving a player at the Chess World Cup in Sochi until they were involved in a second-round match.

On the day world champion Magnus Carlsen got into winning action organisers confirmed the player had been withdrawn as soon as the news became known.

"In line with the tournament's public health and safety protocol, the player and has been asked to immediately leave the playing area, and his game declared a loss," a FIDE statement said.

"The player in question was wearing a face mask during the game, and he has been placed in quarantine.

"His opponent, who was also requested to leave the playing hall immediately, will now undergo additional medical screenings, and will be tested again tomorrow as scheduled."

FIDE later added: "The player who has been forced to forfeit his game today had been tested before his trip and then again in Sochi on July 10th, July 11th and July 14th.

"After three negatives it was this last test the one that turned out to be positive.

"The health agency that runs the tests for the event should have alerted FIDE of any positive before 1PM local time.

"However, for reasons that we are investigating now, FIDE was not informed about the result of this test until 15.21, when the game had started.

"FIDE did the only thing that was possible in the circumstances: to immediately stop the game, isolate the players and provide medical advice to them.

"Please note that, due to privacy regulations, FIDE can not disclose to the public the name of any player who tests positive."

The player who has been forced to forfeit his game today had been tested before his trip, and then again in Sochi on July 10th, July 11th, and July 14th.

After three negatives, it was this last test the one that turned out to be positive. [1/3]

Meanwhile Armenia’s Levon Aronian, ranked fifth in the world and seeded third in this competition, has forfeited the first of his scheduled second-round games against Australia’s Bobby Cheng because he has had "some symptoms of fever" earlier in the week.

"Even though Aronian feels well now, in order not to risk the safety of other players it has been decided that he will withdraw from the first game, and he will undergo additional health tests before deciding if he is fit to play in the second game", FIDE said.

Each round of the World Cup will consist of classical time-limit games on the first two days, plus tiebreaks on the third day if required, and Carlsen made a commanding start as he won his first second-round game against Saša Martinović - not remotely tempted to make a present of the match to mark the Croatian’s 30th birthday.

In fact it was Carlsen who had accepted a gift earlier in the day when he was presented with the 2020 Svetozar Gligoric Award for fair play from FIDE vice-president Mahir Mammedov.

In June last year Carlsen gifted a full point to Ding Liren after the Chinese player had lost a previous game at the online event due to a disconnection.

Second seed Fabiano Caruana of the United States, who lost his challenge for Carlsen’s world title on a tiebreak in 2018, also had his first activity and won the first of his second-round games against Indonesia’s Susanto Megaranto.

Meanwhile 14-year-old home prodigy Volodar Murzin, the 2018 European under-12 champion, drew the opening game of his second-round match against Russia’s 23rd seed Vladislav Artemiev, having defeated Moldova’s Viorel Iordachescu, 30 years his senior, in the first round.