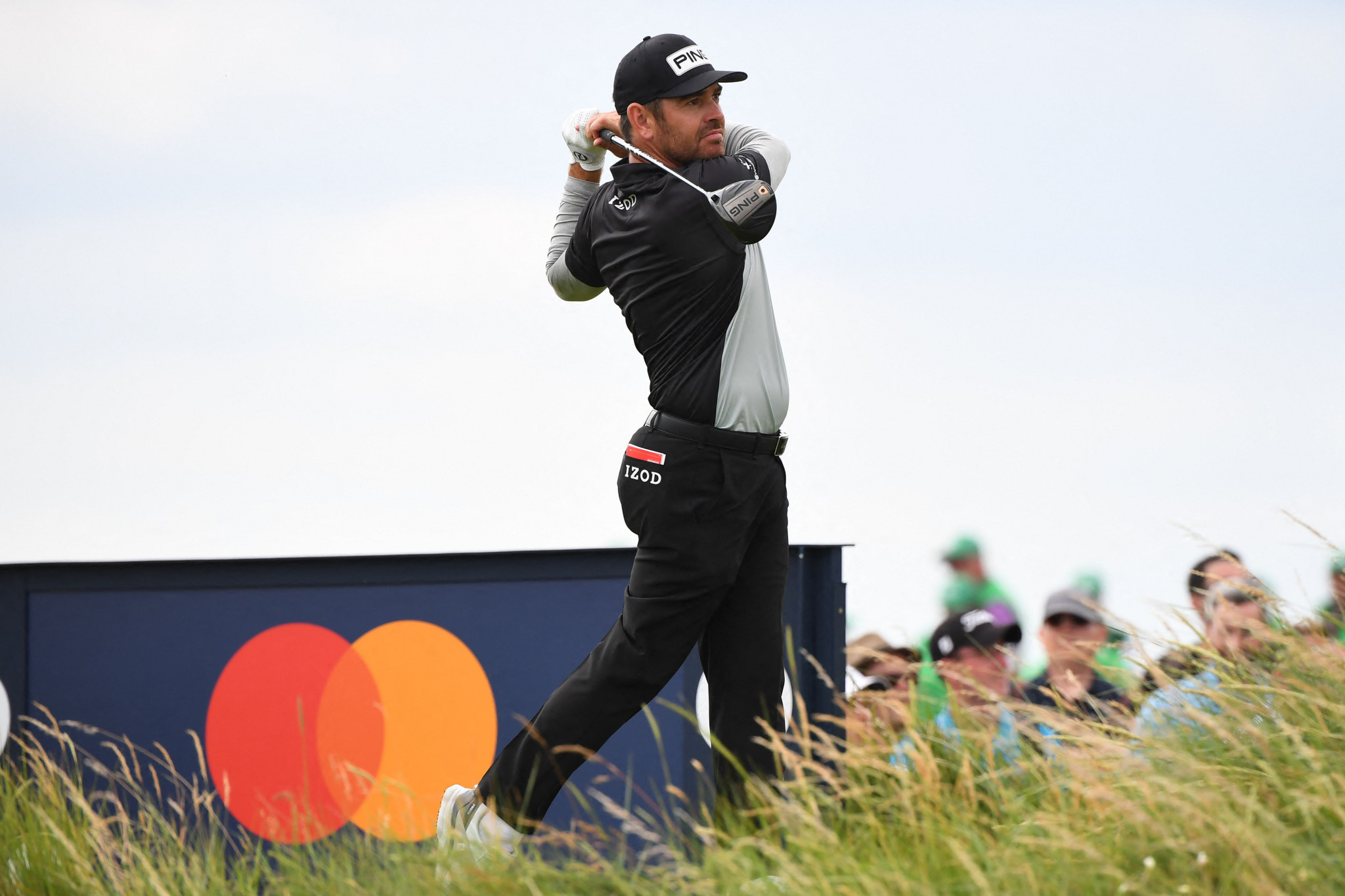 Louis Oosthuizen leads The Open by a single stroke following a bogey-free 64 at Royal St George's in Kent.

The South African, who won the British event in 2010 and has finished second at each of the last two majors, sunk a six-footer for par on the closing hole.

A run of six birdies in nine holes - from the eighth to 16th - powered Oosthuizen to six under par.

Jordan Spieth, who won this tournament in 2017 but is winless at majors since, is one shot behind Oosthuizen in a tie for second place.

Fellow American Brian Harman - who opened with four birdies in the first five holes - is also one shot behind the leader.

Five players, including two Americans who are past major winners - Webb Simpson and 2009 Open champion Stewart Cink - are four under, with South African Dylan Frittelli also in the pack two shots off the pace.

Englishmen Justin Rose - the reigning Olympic champion - Danny Willett - a former Masters winner - and Tommy Fleetwood, a contender for the title of best active player never to have won a major, are all three shots under par, along with the United States' Collin Morikawa.

Cink and Rose, like Oosthuizen, did not drop a shot all day.

World number one Dustin Johnson is two under and stablemate Brooks Koepka is a further shot back, as are fellow Americans Xander Schauffele and Will Zalatoris.

Northern Ireland's Rory McIlroy torpedoed his round with back-to-back-to-back bogeys on the front nine but finished with an even-par 70.

Irishman Shane Lowry - the reigning champion - shot 71, as did Spain's Jon Rahm, the winner of the US Open last month.

The bombastic Bryson DeChambeau hit only four fairways off the tee and is also one shot over par.

Another American who had a day to forget was six-time major winner Phil Mickelson, who did not card a single birdie and finished his round with a double-bogey 6 on the 18th, pushing his score to 10 over par.