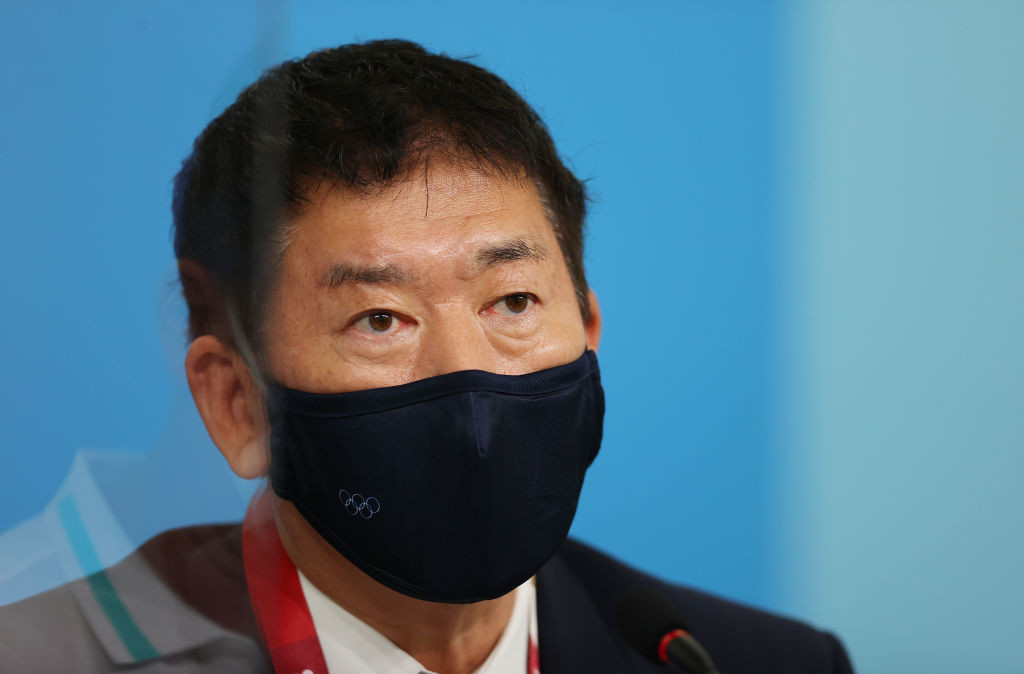 Morinari Watanabe, chairman of the Boxing Task Force (BTF) charged with supervising the sport at Tokyo 2020, sounded a stark warning today on the eve of competition.

"I will say for the future of boxing - if they will do an injustice, it is done.

"If they will do it the right way, there is bright future for the boxing."

In the wake of the refereeing and judging scandals of Rio 2016, and the takeover of the amateur sport by the International Olympic Committee in June 2019 after stripping the International Boxing Association (AIBA) of its rights, new and transparent protocols have been put in place.

Referees and judges involved in Rio have been excluded, although some technical officials who were in place at the last Games have been allowed to remain.

"The Boxing Task Force has done as much as possible during the time available to protect the integrity of this sport and to ensure the athletes have a fair field of play on which to compete.

"In past boxing competitions only the final result after the last round was announced.

"The Boxing Task Force on the other hand has made the judges scoring result open to the public after the end of each round.

"In addition the BTF pushed transparency for the election of international technical officials and judges.

"The selection process was carried out under the supervision of an external party because we want to pursue more transparency and objectivity.

"So we have done our best to achieve the goal of ensuring a clear, just and fair pathway to Tokyo 2020 even in the difficult COVID conditions."

Watanabe hopes that at this tournament it will be the boxers who will be the centre of attention and not the judging.

"I believe we have 289 boxers from 80 nations who have qualified to compete," he said.

"Our focus in the next 16 days is to ensure boxers will be able to compete at their best on a fair field of play.

"We trust that all will enjoy a unique experience and that boxing at Tokyo 2020 will be a true expression of Olympic values as well as a turning point for this sport."

In the meantime AIBA has announced its own reforms for the sport, including round-by-round scoring and an increased number of weight categories for men and women.

Asked if the future of boxing at the Olympics would depend on how the impending tournament goes, the IOC sport director Kit McConnell responded: "The next two weeks are about what happen in the ring here.

"As regards the future, we will look at that after these Games.

"That is a separate question for the IOC to consider over the future of boxing.

"Let’s not mix up the process.

“We will look at that in the longer term."

Some eyebrows were raised at the news that Angel Villarreal, an American who served as a technical official during Rio 2016 had been cleared to hold a position here.

Villarreal was not a referee or a judge at Rio 2016 and there is no suggestion that he was involved in any wrongdoing.

Lenny Abbey, head of the BTF, said: “We took a very extensive process when it came to deciding on the eligible pool of technical officials.

“There were background checks and those that passed went through extensive examinations of integrity with regard to competition manipulation.

“We have also done extensive education process across all regions with regard to what is expected.

“As a further step we have made sure that the draw for each event has been done randomly and openly under the observance of an independent third party.

“And when it comes to appointing judges and referees, those from the same region as a competition have not been considered."

Abbey told insidethegames that a number of technical officials at Rio 2016 had been engaged in tasks that were to do with process rather than judgement, and that their future roles were not in any way compromised.

McConnell added that there would be greater gender equality than ever at the Tokyo Olympics with 102 women boxers due to take part, as compared with 36 in Rio.

Additionally the number of women’s weight categories had been increased from three to five, with the women’s sport being showcased by having the first gold medal match of the competition.

Of the 58 technical officials, 14 will be women - also well up on the figure for the last Olympics.

Having five weights opens the door to a lot more females who did not have a shot at getting to the Olympics,” said Ireland’s 2018 60 kilograms world champion Kellie Harrington.

"Now here they are and here I am also.

"On a personal level, what the IOC Task Force have done in terms of arranging competition has also been brilliant."

Harrington, a 31-year-old Dubliner, won the 2020 European Boxing Olympic Qualification Tournament by defeating Britain's Caroline Dubois on a split decision in the final.

"At the European Olympic qualifiers everything was spot on," she said.

"Coming into the corner after each round and being able to get the score was amazing.

"In my final found I could see that I was behind after the first round, so I knew I had to go out and work hard to get to the next round.

"I personally loved that, and I know my team-mates did."