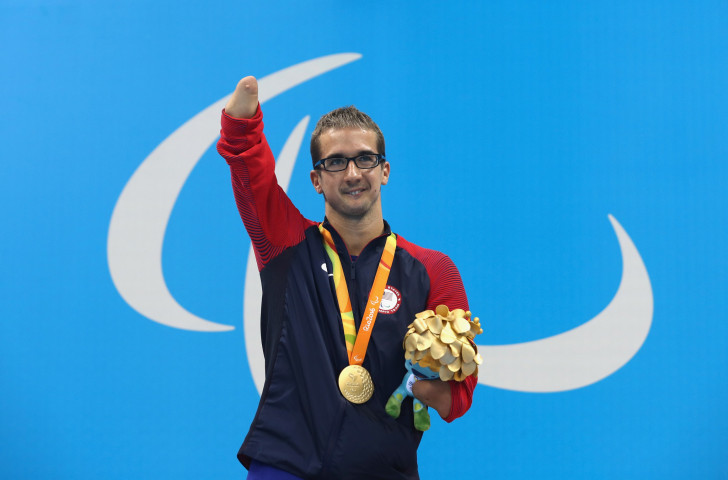 Former Paralympic swimmer Roy Perkins has criticised deaf-blind athlete Rebecca Meyers after she pulled out of Tokyo 2020 over not being able to have her choice of carer come to the Games, calling Meyers' claims "nonsense".

Meyers posted an emotional statement on Tuesday (July 20) explaining her withdrawal because the United States Olympic and Paralympic Committee (USOPC) had rejected a request to have her mother act as her Personal Care Assistant (PCA) as there was already one PCA on staff - Meyers says to also serve 33 other swimmers, nine of whom are have visual impairments.

Meyers' mother has acted as the 26-year-old's PCA at every major event since 2017.

"I am compelled to call out what a bunch of nonsense bullshit it is," Perkins, who was born without hands or feet, wrote on social media, however.

"I’m inclined to say that this is more about not getting her way than anything else, and whatever genuine struggles she has - while I am sympathetic - are not unique to her and do not warrant personal favors any more than they should for the rest of the athletes, who neither receive nor expect them.

"Most of us wondered how she got so many in the first place.

"It is worth noting that having a single personal assistant for 34 athletes is probably insufficient.

"That could have been the story, but instead it turned into fabricating a victim who used her media pull to burn it all down on her way out."

Perkins added that it was "an insult to all the athletes who have gone through their own hell over the years and either got through it or had to quit silently and without excuse, to see somebody essentially play the public sympathy disability card because she didn’t want to follow same rules as everybody else".

Meyers is one of the most decorated American Para swimmers in history, having won six Paralympic medals, including three golds.

Three days after Meyers announced her decision, the USOPC responded in a statement to the Washington Post, insisting that the "safety, well-being and positive experience of all Team USA athletes is our number one priority".

Meyers' mother Maria also insisted the issue was "not a diva moment".

"This is the biggest team of line swimmers they’ve ever taken," Maria Meyers said to WBAL-TV.

"Not one is trained in orientation and mobility of the blind.

"She's not sitting at home and saying 'I only want green M&Ms.'

"This is not a diva moment."

Swimwear brand Speedo, which sponsors Meyers, has meanwhile displayed solidarity with the 26-year-old.

"Becca has been forced to make a decision that no Paralympian should ever have to make and Speedo fully supports her decision to withdraw from the Tokyo 2020 Paralympic Games," it said.

"As a valued member of Team Speedo, we continue to stand alongside Becca and support her journey and all that makes her an inspiring role model for the next generation of swimmers."