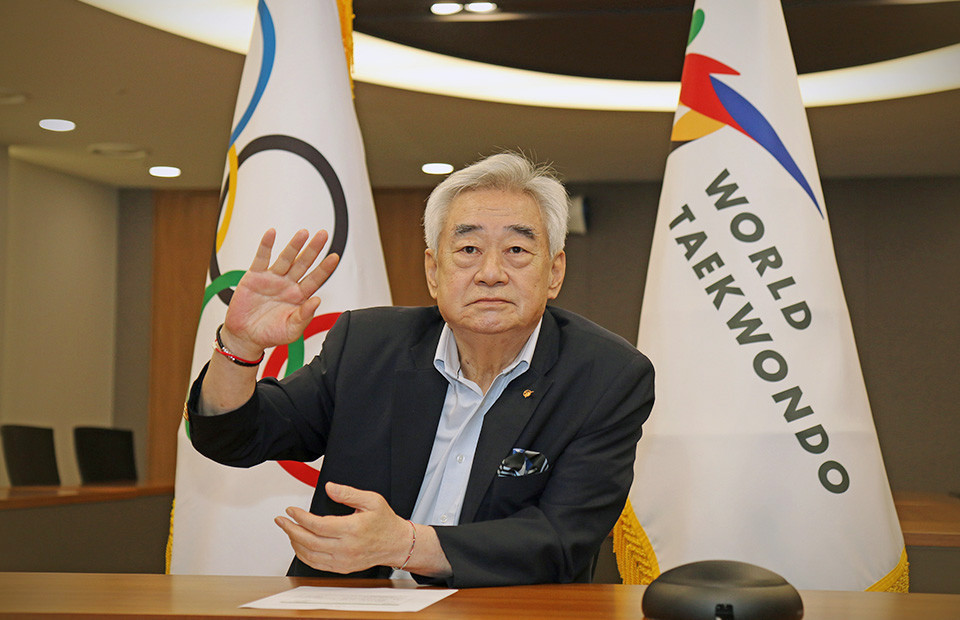 Chungwon Choue, the President of World Taekwondo, hailed this week’s taekwondo events at the Tokyo 2020 Olympic Games as a huge success.

Taekwondo’s sessions were held from Saturday (July 24) to Tuesday (July 27) at the Makuhari Messe Convention Centre in Chiba.

Choue felt the four days proved a tremendous showcase for the sport, appearing at its sixth consecutive Summer Olympics as a medal event.

"The Olympic taekwondo at Tokyo 2020 was great," said the South Korean.

"Our athletes reminded us all why taekwondo is such a well-loved sport around the world.

"There was last-second drama, shock defeats and breath-taking athleticism all set against the sport’s values of friendship and respect."

These were the maiden taekwondo golds for ROC, Croatia, Thailand and Uzbekistan.

Dejan Georgievski, competing in the men’s over-80-kilograms division earned North Macedonia’s first ever Olympic silver medal, while Avishag Semberg secured Israel’s first ever podium finish in the sport with her bronze in the women’s under-49kg.

Five medallists at the World Taekwondo Junior Championships or Youth Games in 2018 also followed that up with podium finishes in the Japanese capital, and Choue said the diversity of taekwondo’s success stories adds to the appeal of the sport.

"Once again, we saw that taekwondo is a sport which is universal and provides opportunities for all countries - big and small," he said.

"We saw teenagers emerge and challenge the established stars of our sport.

"This led to very exciting matches and some surprising results, but it also showed us what a bright future taekwondo has with so much talent coming through.

"Many countries won their first ever Olympic medals in taekwondo and this reflects that the sport is developing well and getting stronger globally."

The governing body’s President also believes the coverage of the sport helped to overcome the disappointment of the events being held behind closed doors.

"Of course, we missed having our fans in the stadium but we felt their support from all around the world," said Choue.

"We only had to look on social media to see how much love there was for taekwondo, and not just from existing fans but lots of new ones who got swept up in the buzz around the sport.

"I am sure the legacy of Tokyo 2020 will be many more people practising taekwondo around the world."

Taekwondo is also making its Paralympic debut in Tokyo, with events scheduled to take place from September 2 to 4.