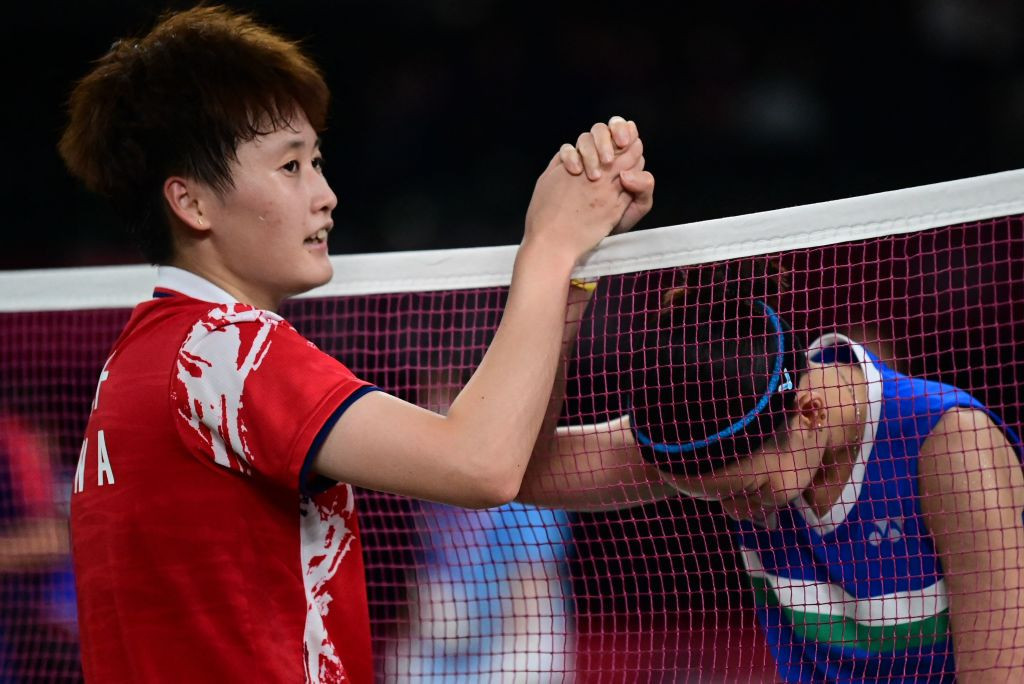 Top seed Chen Yufei of China edged out Tai Tzu-Ying of Chinese Taipei in three sets to clinch the women's badminton gold medal at Tokyo 2020 and continue her country's success in the singles events at the Olympic Games.

Chen, the world number two, had only ever claimed bronze at an international tournament prior to today and chose the perfect stage to remove that blemish from her record by overcoming world number two Tai 21-18, 19-21, 21-18 at Musashino Forest Sports Plaza.

Victory saw Chen add her name to a long list of Chinese players to have won Olympic singles gold.

Four of the eight women's singles champions since badminton made its Olympic debut at Barcelona 1992 hail from the country, with its men's players winning the last three in a row.

I’m extremely happy to extend the honour, but we’ve actually had difficulty with the Chinese badminton’s women’s team since 2016," said Chen.

"Now today I stood today on top of the podium.

"This is recognition for myself as well as the women’s badminton of China.

"Definitely I will dominate Paris 2024, again."

World number one Tai, who was seeking to become the first woman from Chinese Taipei to win badminton gold at the Games, clawed her way back into the contest but fell short and was forced to settle for silver.

The 27-year-old, who had hoped to follow in the footsteps of newly-crowned men's doubles champions Lee Yang and Wang Chi-lin, has so far been unable to convert her success on the World Tour into glory on the global stage.

PV Sindhu became the first Indian woman to win two medals at the Olympics after she claimed bronze by sweeping aside He Bingjiao of China.