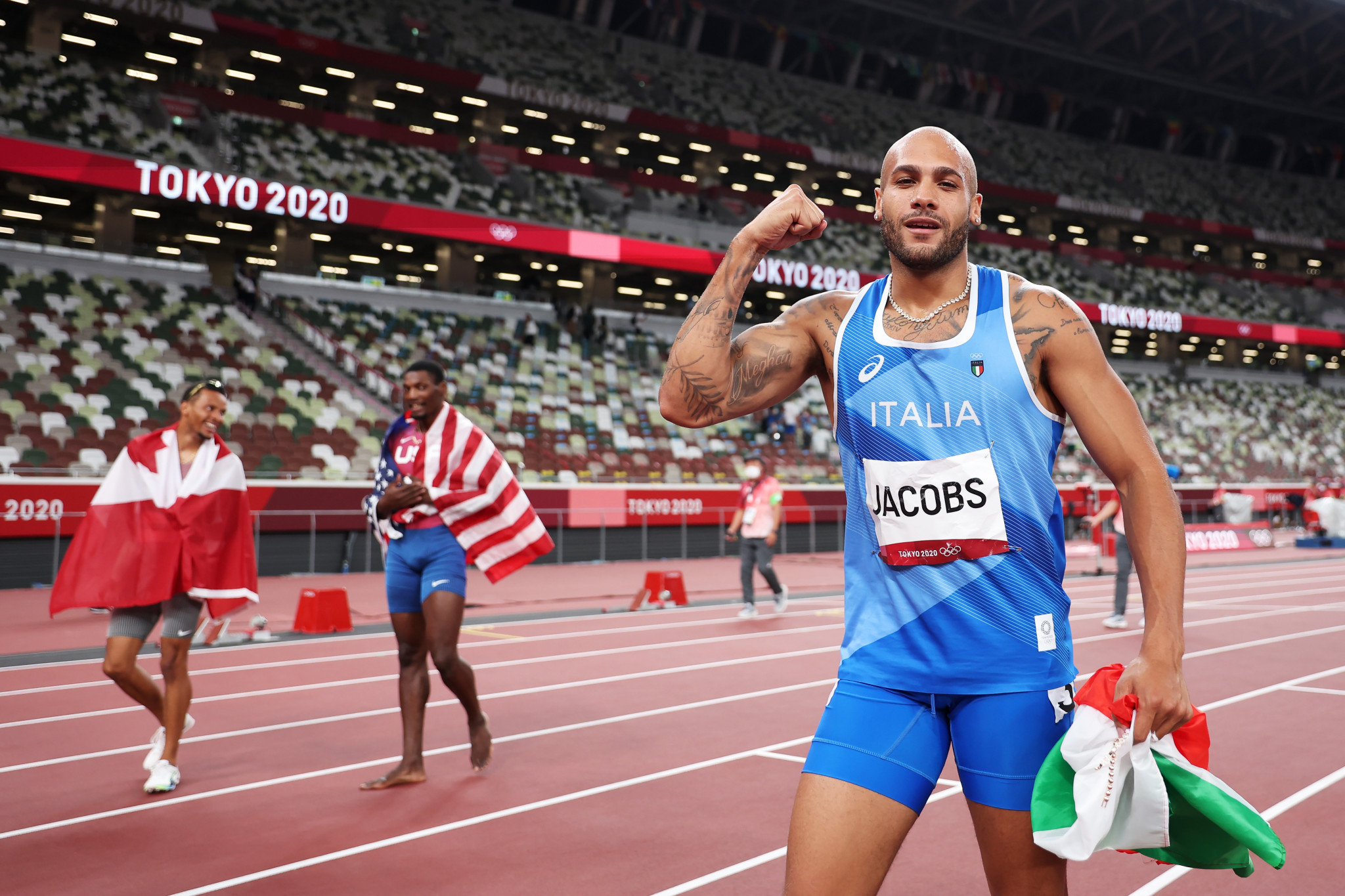 At the start of one of the great Olympic nights of competition Jacobs had lowered the European record to 9.84 in the third of the semi-finals, although that had only been enough to earn him a place in the final as a slowest loser.

He had followed home the two automatic qualifiers Su Bingtian of China and Ronnie Baker of the US, both of whom recorded 9.83.

Su got the verdict, in what was an Asian record, and for a couple of hours it seemed we might be about to witness the first Olympic men's 100m victory by an Asian sprinter.

But the powerful and compact Chinese athlete, despite striving desperately, could not make the same impact on the final and finished sixth in 9.98 as the man who came to wider notice earlier this year by taking the European indoor title rose to the greatest of athletic challenges.

Only six men finished the final as fourth place went to South Africa's Commonwealth Games champion Akani Simbine in 9.93 ahead of Baker, who clocked 9.95.

Nigeria's Enoch Adegoke pulled up 15m from the line and Britain's Zharnel Hughes was disqualified after a false start.

"I don’t know, it's a dream, a dream, it is fantastic," said Jacobs, who has an Italian mother and an African-American father and was born in El Paso in Texas, where he spent his first 18 months.

"Maybe tomorrow I can imagine what they are saying, but today it is incredible.

"It was my childhood dream to win an Olympics Games and obviously a dream can turn into something different, but to run this final and win it is a dream come true.”

Commenting on hugging Tamberi shortly after finishing his race, Jacobs added: "When I got to Gianmarco we support each other.

"We all know his story - he could have won in Rio but he had an injury, but being here together is something spectacular.

"I believe in him and believed in myself."

Kerley second place means there has been an American on the men's 100m podium at every Olympic since Sydney 2000m.

The man who has run 43.68 for the 400m but decided to concentrate on shorter sprints this year said: "I executed the race perfectly and I came up with a silver medal.

"The race was a beautiful race.

"I got a PB [personal best] and a silver medal.

"I am blessed to be at the biggest stage of my career."

Asked what he knew about Jacobs, who before 2021 had not broken the 10-second barried, Kerley responded: "I really didn't know anything about him.

"It was my first time racing him at the Monaco Diamond League [in July].

"Here he did a fantastic job."