The Taekwondo Humanitarian Foundation (THF) is a priority for World Taekwondo following a successful launching by President Chungwon Choue at the United Nations headquarters in New York on September 21, 2015. 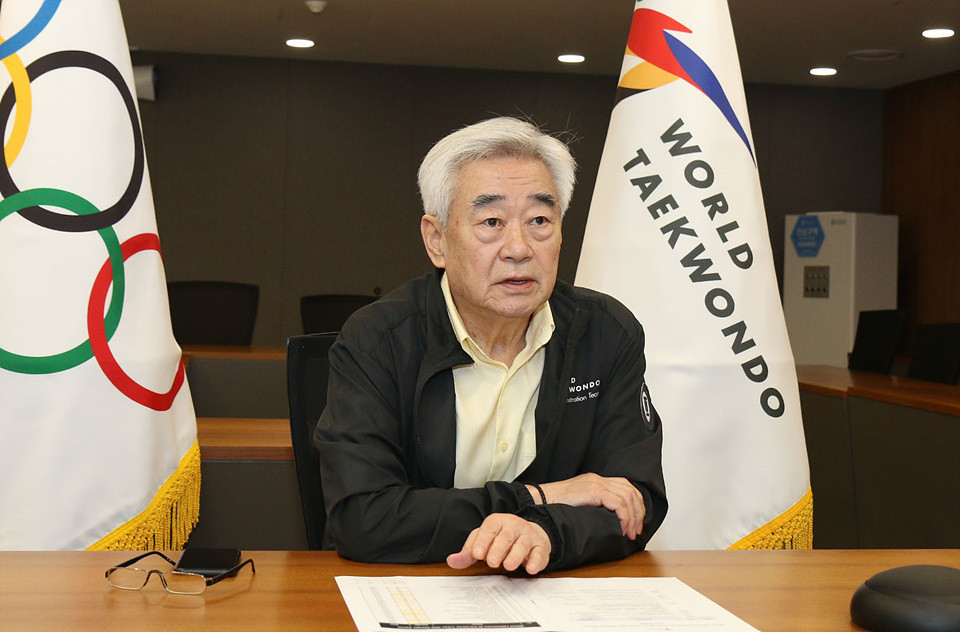 World Taekwondo President and Taekwondo Humanitarian Foundation (THF) chair Chungwon Choue has tipped young Syrian athlete Wael Al Faraj to make the Refugee Olympic Team at the Paris 2024 Olympics, which would make him the first able-bodied athlete from the foundation's camps to appear at the Games.

Choue highlighted the 18-year-old Al Faraj, who is a third-dan black belt, after he started training in taekwondo in 2016 at the THF Academy in Jordan's Azraq camp.

"I told him [Al Faraj], 'You are the future hope so practise hard, prepare for the Paris Olympic Games'," Choue told Reuters, adding the Syrian could be a medal prospect.

"I am going to support him."

The THF, which was launched by Choue and World Taekwondo at the United Nations headquarters in September 2015 and officially established in April 2016, now has academies in three refugee camps in Jordan, Rwanda and Turkey, with student sizes ranging from 200 to 725.

Burundian refugee Parfait Hakizimana, who is from the Kiziba camp in Rwanda, is set to make his Paralympic debut at Tokyo 2020.

Choue added he was looking into opening the facilities at the camps to all International Federations to allow further development in refugee camps.

"Since I was young, my father taught me about the importance of world peace," he said.

"I'd like to open our facilities in the camps to all the other international sports federations.

"When you go there, it's very emotional, seeing children doing nothing after school.

"They really need those kinds of activities living in the compounds."

The Taekwondo Humanitarian Foundation @TaekwondoHuman1 gives Syrian refugees free Taekwondo classes and is currently collecting donations for them. Taekwondo like all sports is not only about the game but the ethics behind them. Help us by donating. https://t.co/TeWvDrY5xs pic.twitter.com/TqlFgrJ5Z9

The Azraq camp, which Al Faraj is a part of, is home to a 4,000-square-metre area allocated to the THF by the Jordanian Government.

In this camp, there are 13 black belt practitioners.

There were three taekwondo athletes at Tokyo 2020 who were part of the Refugee Olympic Team - Dina Pouryounes, Kimia Alizadeh and Abdullah Sediqi.