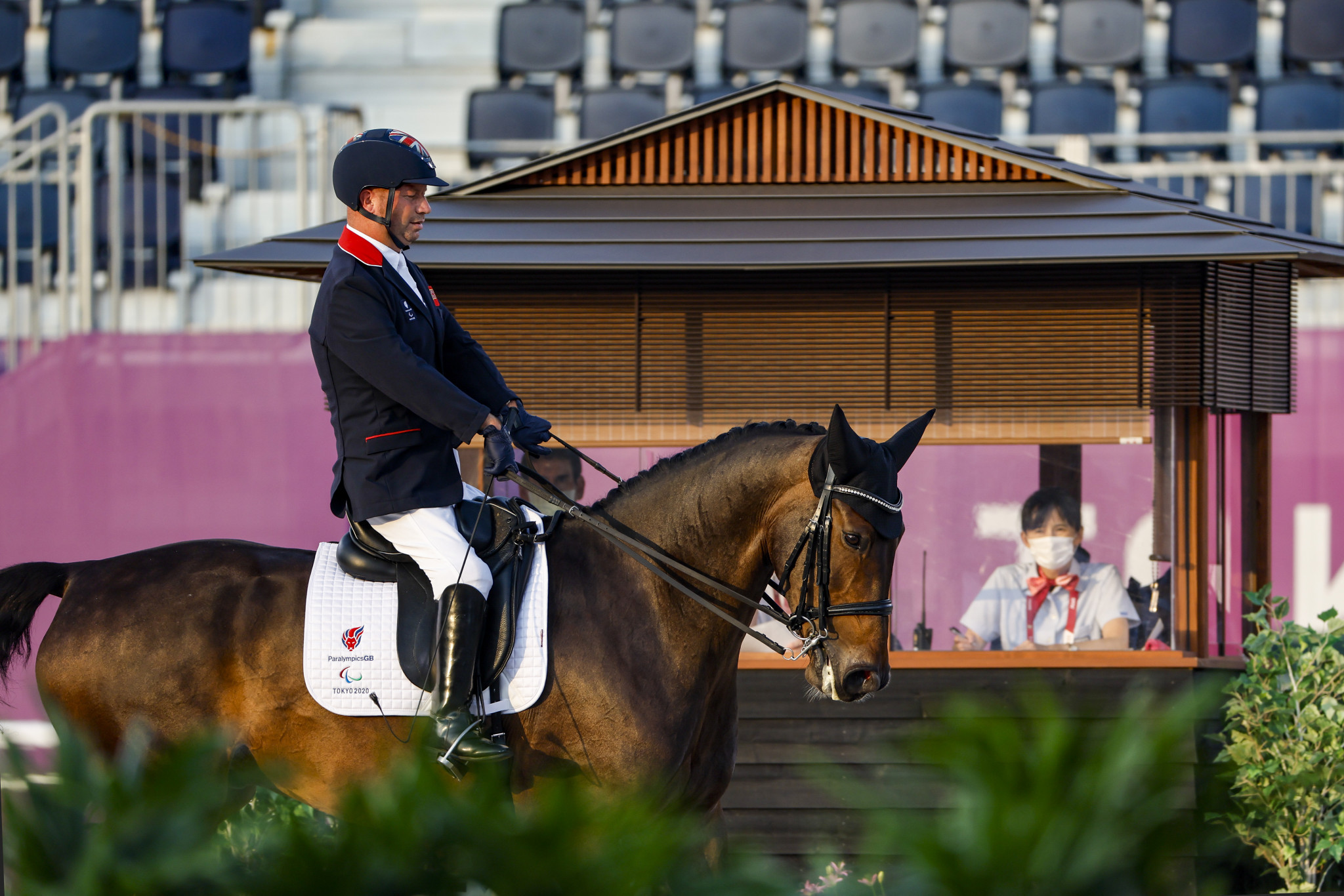 Britain won a seventh successive dressage team test to music gold medal at the Tokyo 2020 Paralympics, with Sir Lee Pearson taking his personal haul of golds to 13 after winning an individual title earlier in the Games.

The British have won every single Paralympic title in team dressage and held onto a slender lead over The Netherlands on this occasion, with a cumulative per cent score of 229.905 from three riders, narrowly bettering The Netherlands' 229.249.

Sir Lee, who won dressage individual test grade II gold on Thursday (August 26), led the team with a score of 77.636 per cent on Breezer, a personal best by more than 2.5 per cent.

But with Grade IV individual champion Sanne Voets still to ride, it was an anxious wait for the British team.

Would you check out that incredible podium!!! 😍😍

Riding Demantur, Voets produced a score of 78.200 to move The Netherlands to within 0.656 per cent.

Rixt van der Horst on Findlsey scored 76.235 and Frank Hosmar on Alphaville scored 74.814 to complete the Dutch trio and secure the silver medal.