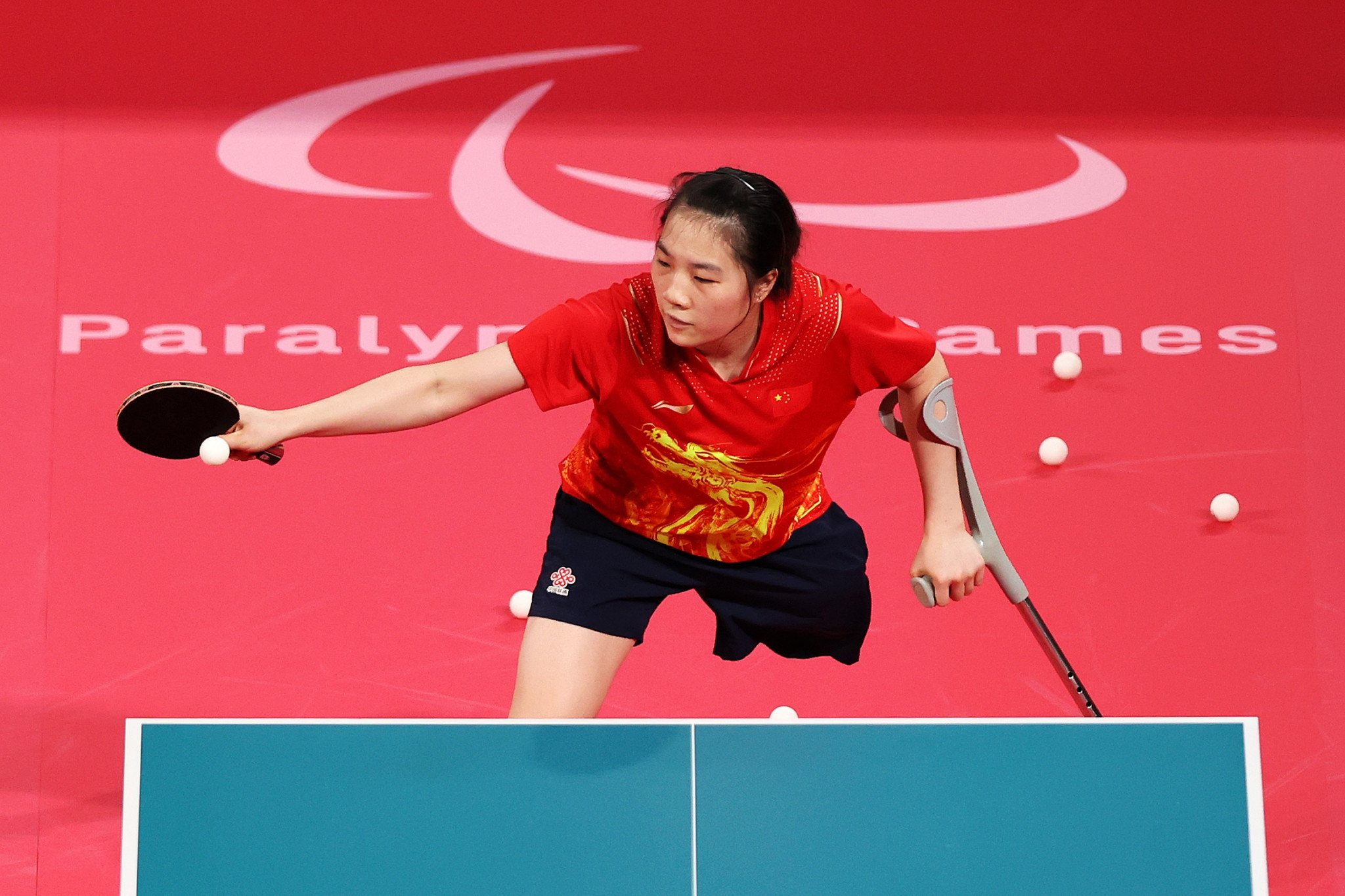 After winning a tight opening game, Pan then kicked on to take the second in emphatic fashion as she moved within one game of beating the five-time Paralympic champion.

Zhang responded by winning the third before a tense fourth game was played out.

Pan missed two opportunities to close out the match.

Zhang then hit back to send the match into a decider.

"When I was leading, I relaxed for a moment.

"After that I wanted to tighten up, but I couldn’t."

Zhang added: "I didn’t think of gunning for her, I was conservative, so I lost the first two games.

"The turning point was in the third game when I served with underspin, and she received into the net.

"I changed my strategy and decided not to attack too much and to hit the majority of my shots with underspin.

"Tried to move her around by hitting to both wings."

The bronze medallists in the women’s singles C5 were Young A Jung of South Korea and Khetam Abu Awad of Jordan.

China won five of the eight gold medals on offer in the table tennis today with three of those coming in the morning session.

There was another all-Chinese final in the women’s singles C8.

The bronze medals were won by China’s Liao Keli and Poland’s Maksym Chudzicki.

Zhou Ying was another Chinese gold medal winner as she cruised to a 11-7, 11-5, 11-6 win over India’s Bhavinaben Hasmukhbai of India in the women’s singles C4.

In the evening session, China’s fifth gold medal of the day came courtesy of Xue Juan, who stormed to a 11-2, 11-6, 11-9 victory over Slovakia’s Alena Kanova to retain her women’s singles C3 title.

South Korea picked up the two bronze medals thanks to Mi Gyu Lee and Jiyu Yoon.

The match swung one way and then the next as they battled it out for more than 30 minutes.

Both semi-finals were also won in the decider with France’s Lucas Creange and Belgium’s Florian van Acker having to settle for bronzes after coming up short.