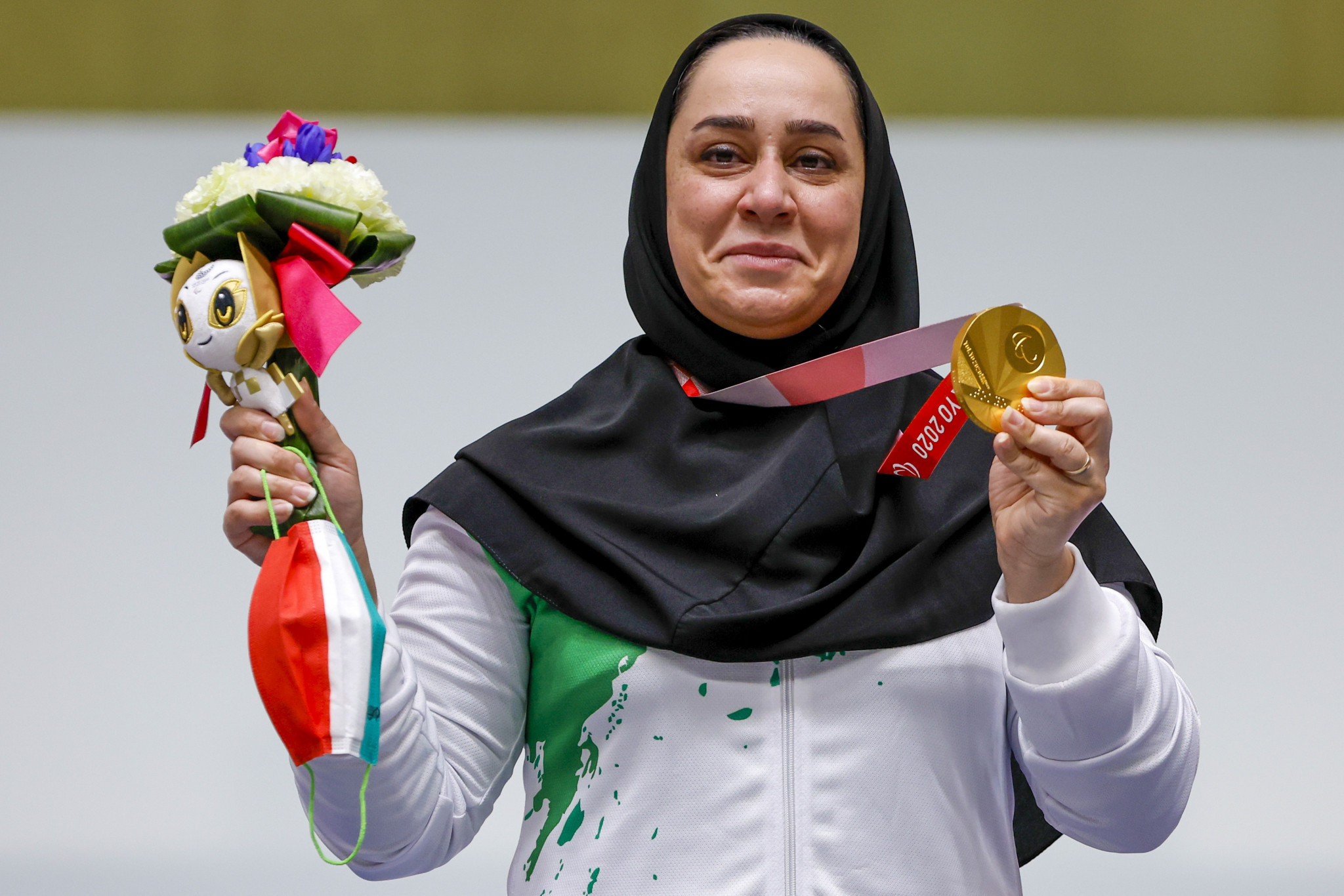 There were just 0.4 points separating the two compatriots with Yang needing to produce a Paralympic record score to hang onto his men's 10-metre air pistol SH1 title.

Yang's lead looked far more comfortable in the early stages before Huang mounted a comeback that saw him edge ahead before the final round.

However, his final shot of 8.6, compared to Yang's 10.4, swayed it back towards the Rio 2016 gold medallist, who secured the title for the second Games in a row.

The bronze medal went to India's Singhraj, who narrowly stopped an all-Chinese podium after getting the better of Lou Xiaolong by 0.3.

Singhrai secured a podium place with 216.8 as Lou agonisingly missed out on a medal.

Javanmardi of Iran retained her women's 10m air pistol SH1 title by more than four points as she blew away Aysegul Pehlivanlar of Turkey in the final rounds.

Her final score of 239.2 set a world and Paralympic record.

Javanmardi said she was delighted to reclaim the world record after seeing India's Rubina Francis break it in June with a score of 238.1.

"This is the best feeling I'm having right now," said Javanmardi.

"I'm really glad that Tokyo worked out and that I could repeat what I did in Rio and break the world record.

"Everything changed after COVID.

"Since Rio I actually got married and I had a lot of training, so I had to give up a lot of my family time and focus on my training.

"I'm sorry about giving up on the family time, but I could win a gold medal and I'm happy that the world record is under my name again and be sure that in four years I'm going to repeat this.

"I dedicated everything to hard training, and 95 per cent of the time I dedicated to sport.

"If I focused on hard work I could achieve this world record and gold medal."

Pehlivanlar had to settle for silver with 234.5, while Hungary's Krisztina David collected bronze with 210.5.