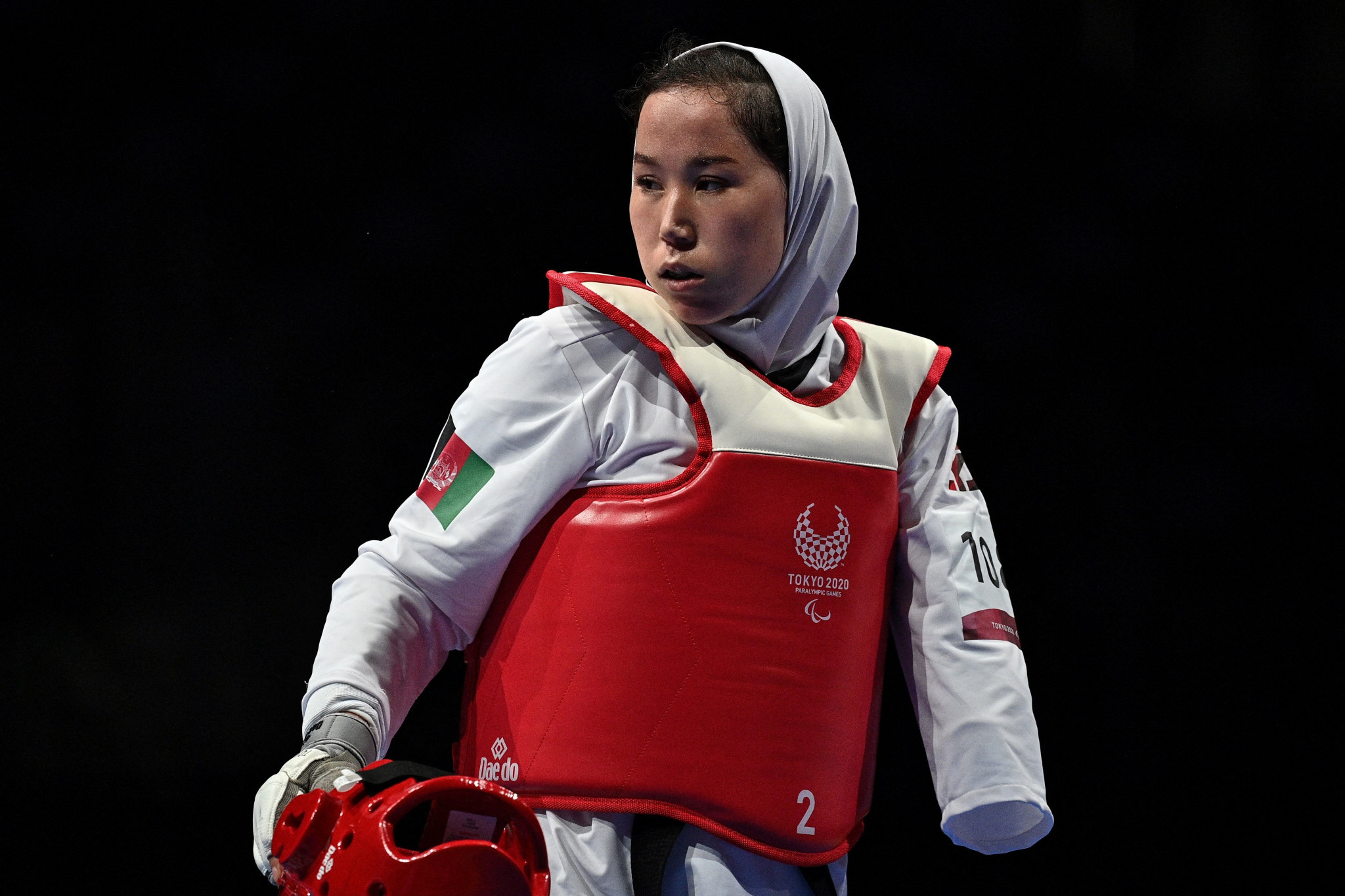 Afghanistan athletes Hossain Rasouli and Zakia Khudadadi have been given the chance to carry their nation's flag at the Closing Ceremony of the Tokyo 2020 Paralympics here today, it has been revealed.

International Paralympic Committee (IPC) President Andrew Parsons has confirmed the two athletes have been handed the opportunity to participate in the ceremony at the Olympic Stadium.

Rasouli and Khudadadi were forced to miss the start of the Games due to the situation in Afghanistan, but the IPC ensured the country’s flag featured at the Parade of Nations as "an act of solidarity".

A Tokyo 2020 volunteer carried out the flagbearer duties at the Opening Ceremony on August 24.

Rasouli and Khudadadi arrived in Japan on August 28 after fleeing Taliban-controlled Afghanistan before securing flights from France to Tokyo.

Khudadadi then became Afghanistan’s first female athlete to participate at the Games since Athens 2004 when she took part in the women’s K44 under-49 kilograms taekwondo competition on September 2.

Parsons says he is now hoping Rasouli and Khudadadi will be part of the Closing Ceremony but insists he is not put any pressure on the two athletes to attend.

"We are working with the Afghan athletes," said Parsons.

"We are given them the opportunity to both carry the flag tonight.

"There is no decision yet but as we have been doing since they got here.

"It is their decision to march with the flag or not."

Hopes of Khudadadi and Rasouli competing at Tokyo 2020 appeared to have been dashed when Islamist group the Taliban swept to power in Afghanistan, forcing all commercial flights to be cancelled as people scrambled to leave the country.

The two athletes were evacuated to French capital Paris where they had been resting and training at the National Institute of Sport Expertise and Performance before flying to Tokyo.

The IPC confirmed Khudadadi and Rasouli had returned two negative Polymerase chain reaction (PCR) tests for COVID-19 in the 96 hours and 72 hours before departure and were tested once again upon arrival at Haneda Airport in Tokyo.