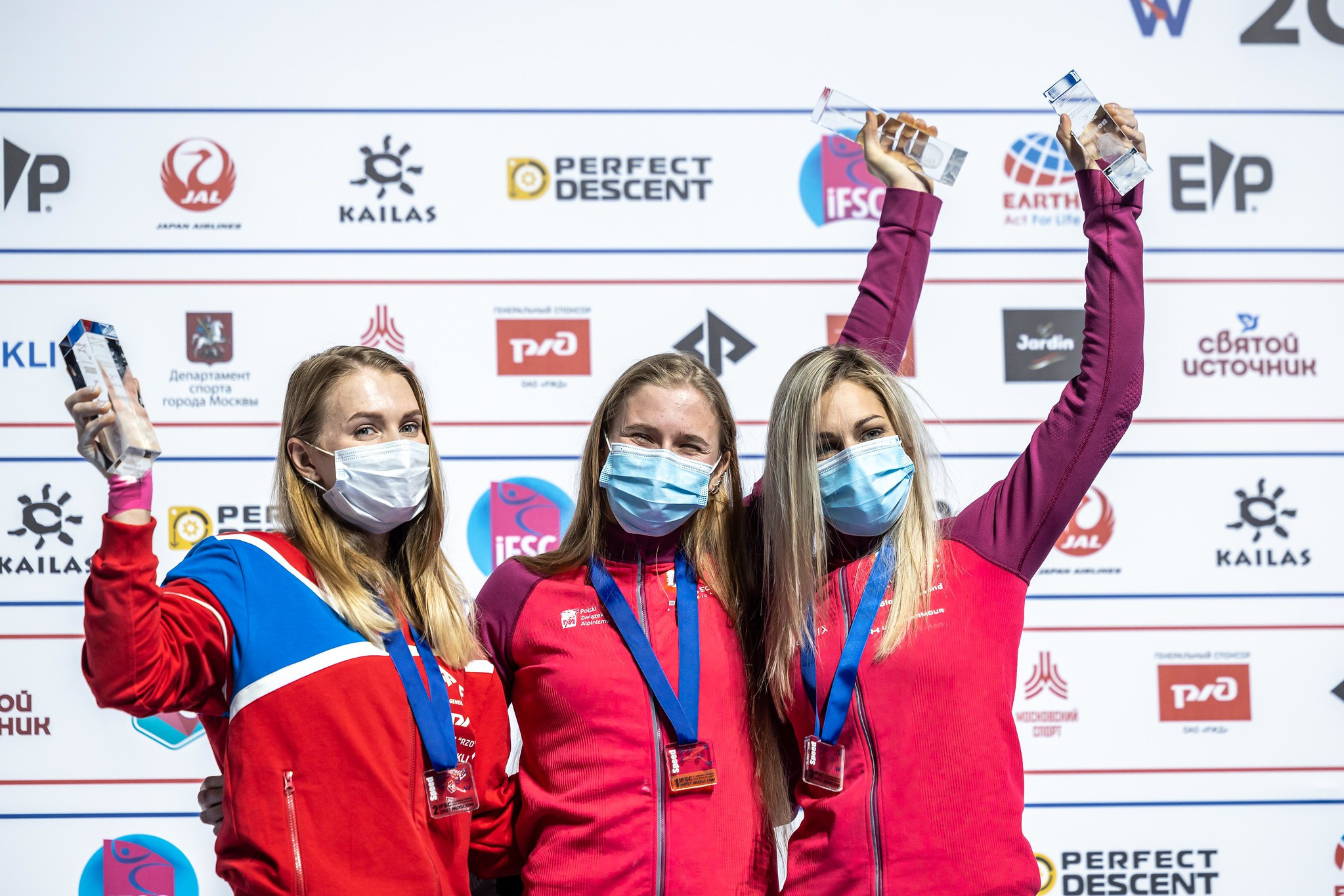 Danil Boldyrev and Natalia Kalucka won the speed titles on the opening day of competition at the International Federation of Sport Climbing (IFSC) World Championships in Moscow, Russia.

The men’s speed title went to Boldyrev of Ukraine in a time of 5.73sec, with silver to Spain’s Erik Noya Cardona in 5.95.

Bronze to Noah Bratschi of the United States in 6.31, after he defeated France's Guillaume Moro, who finished fourth.

In the women’s speed final, gold went to Poland’s Natalia Kalucka in a time of 7.18, who beat her twin sister Aleksandra, on route to the final.

Silver went to Russia’s Iuliia Kaplina, a former world record holder in the speed event, in a time of 8.94,

Bronze went to Poland’s Alexandra Miroslaw in 7.00, the defending champion in the event, who beat Ekaterina Barashchuk of Russia into fourth place.

Prior to the speed finals, a glittering Opening Ceremony took place at the Irina Viner-Usmanova Gymnastics Palace, one of two venues being used for competition along with the Universal Sports Hall CSKA Moscow, featuring music, dancing and a lights display.

As part of the light show, the words "faster, higher, stronger" were projected on the walls in recognition of the three climbing disciplines of speed, lead and boulder.

In a speech during the Opening Ceremony Climbing Federation of Russia President Dmitrii Bychkov said: "We dreamed of this moment and despite the pandemic and lockdowns, here we are.

"It is heartening to share this with some of the best sport climbing athletes, as well as those watching around the globe. Thanks to the IFSC for making it happen.

"It took time for sport climbing to become an Olympic sport, but you persevered and now we are here.

"I wish continued success to the athletes and hope everyone enjoys the show."