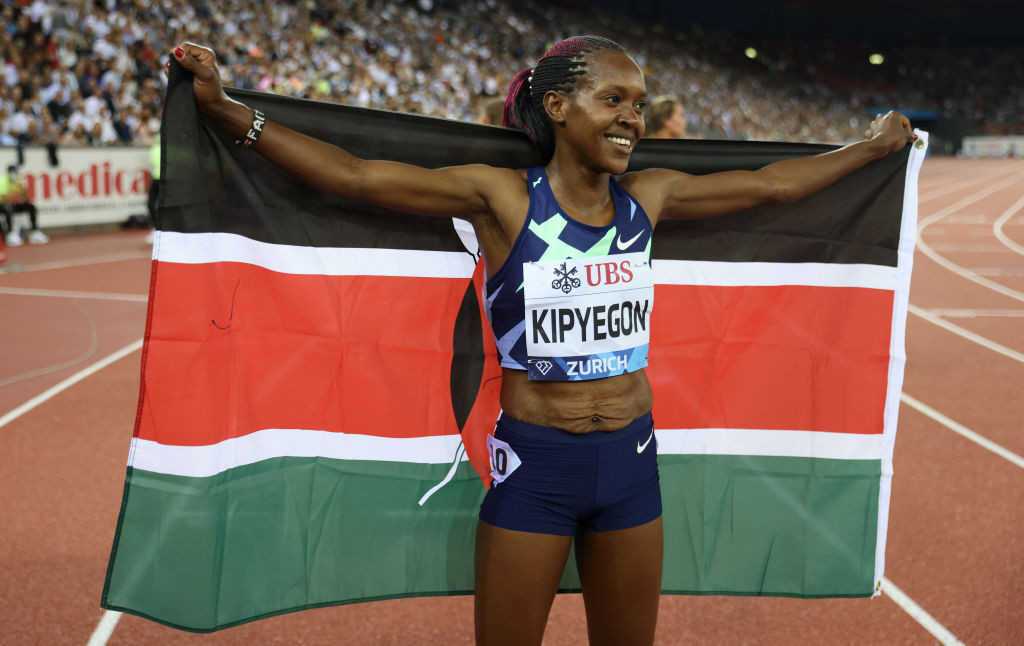 Double Olympic and Wanda Diamond League 1500 metres champion Faith Kipyegon will be one of the marquee home attractions at tomorrow’s final World Athletics Continental Tour Gold meeting of the season in Nairobi.

Kipyegon, who retained her Olympic title in Tokyo after withstanding the challenge of The Netherlands' Sifan Hassan, who took the 5,000 and 10,000 metres titles, will take pride of place in the second Kip Keino Classic at the Kasarani Stadium.

Home runner Agnes Tirop, who recently took 28 seconds off the long-standing women-only world record for 10 kilometres in 30min 01sec in Herzogenaurach, is expected to feature in the 5,000m with Margaret Kipkemboi.

Meanwhile, Christine Mboma, the 18-year-old Namibian sprinter who has created such a stir this year in winning Olympic 200m silver, the Diamond League title and reducing her world under-20 record in Zurich to 21.78sec, will race once again over her relatively new distance.

"It is a special feeling for me to race at home and having an opportunity to finish my season on home soil. I want to enjoy the race and close my season in a good way," Olympic 1500m champion Faith Kipyegon#AbsaKipKeinoClassic #ContinentalTourGold pic.twitter.com/c836rElUIr

Mboma had to move down this season from 400m under World Athletics rules regarding female athletes with naturally elevated testosterone levels and will return to the arena where she won the world under-20 title last month.

The men’s Olympic 3,000m steeplechase champion, Soufiane El Bakkali of Morocco, will take part in his main event against a field that includes home athlete Benjamin Kigen, who outsmarted and outsprinted a frustrated El Bakkali to take the Diamond League title, and Kigen's compatriot Amos Serem, who won the world under-20 title in this same stadium last month.

Another Diamond League champion, Olympic 100m silver medallist Fred Kerley of the United States is due to compete in the 200m against the man who saw Italy home for Olympic 4x100m gold in Tokyo, Filippo Tortu.

Kerley, who won the Diamond League 400m title three years ago, ran a 100m personal best of 9.84 in Tokyo behind Italy’s Lamont Marcell Jacobs, who clocked a European record of 9.80, and the American produced a winning performance of 9.87 at the Wanda Diamond League final in Zurich.

In the men’s 100m, Trayvon Bromell – who has the fastest time of the year, 9.77, but failed to reach the Olympic final - will take on a field that includes 39-year-old fellow American Justin Gatlin, the former world and Olympic champion, and Ferdinand Omanyala, who made history by becoming the first Kenyan to reach the men's Olympic 100m semi-finals in Tokyo.

Another Tokyo 2020 champion, Poland’s Wojciech Nowicki, will be on show in the men’s hammer competition and will take on his fellow countryman Pawel Fakdek, the Olympic bronze medallist and four-time world champion