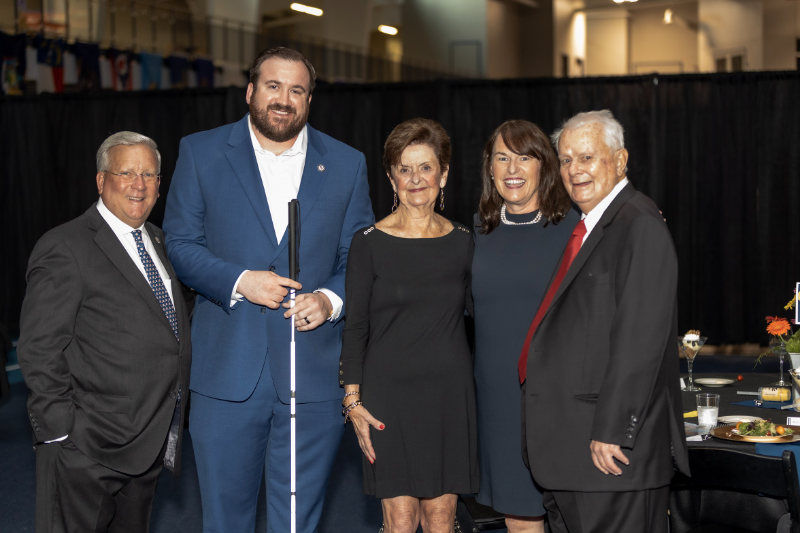 The United States Association of Blind Athletes (USABA) and the Turnstone Center for Children and Adults with Disabilities have established the Ron Plassman Gold Standard Award, they have announced.

The award has been created to mark Ron Plassman's role in creating the Goalball Center of Excellence in Fort Wayne in Indiana, home of the United States men's and women's goalball resident training programme.

Plassman is a well-known philanthropist who made his fortune in the residential and commercial title insurance business, beginning his own business, Three Rivers Title Company, Inc.

The new award will be presented annually to deserving athletes, coaches and programme supporters as selected for "their demonstration of the gold standard values that have been lived out by the actions and support of Ron Plassman", the USABA explained.

These include "demonstrating the values of excellence on the field of play, sportsmanship, leadership, and championing the sport of goalball".

The US women’s goalball team won a Paralympic Games silver medal at Tokyo 2020, losing to Turkey in the final.

It was an improvement on their performance at Rio 2016 where they won the bronze medal.

The men’s team had won the silver medal at Rio 2016 but lost in the bronze medal playoff at Tokyo 2020 to Lithuania.