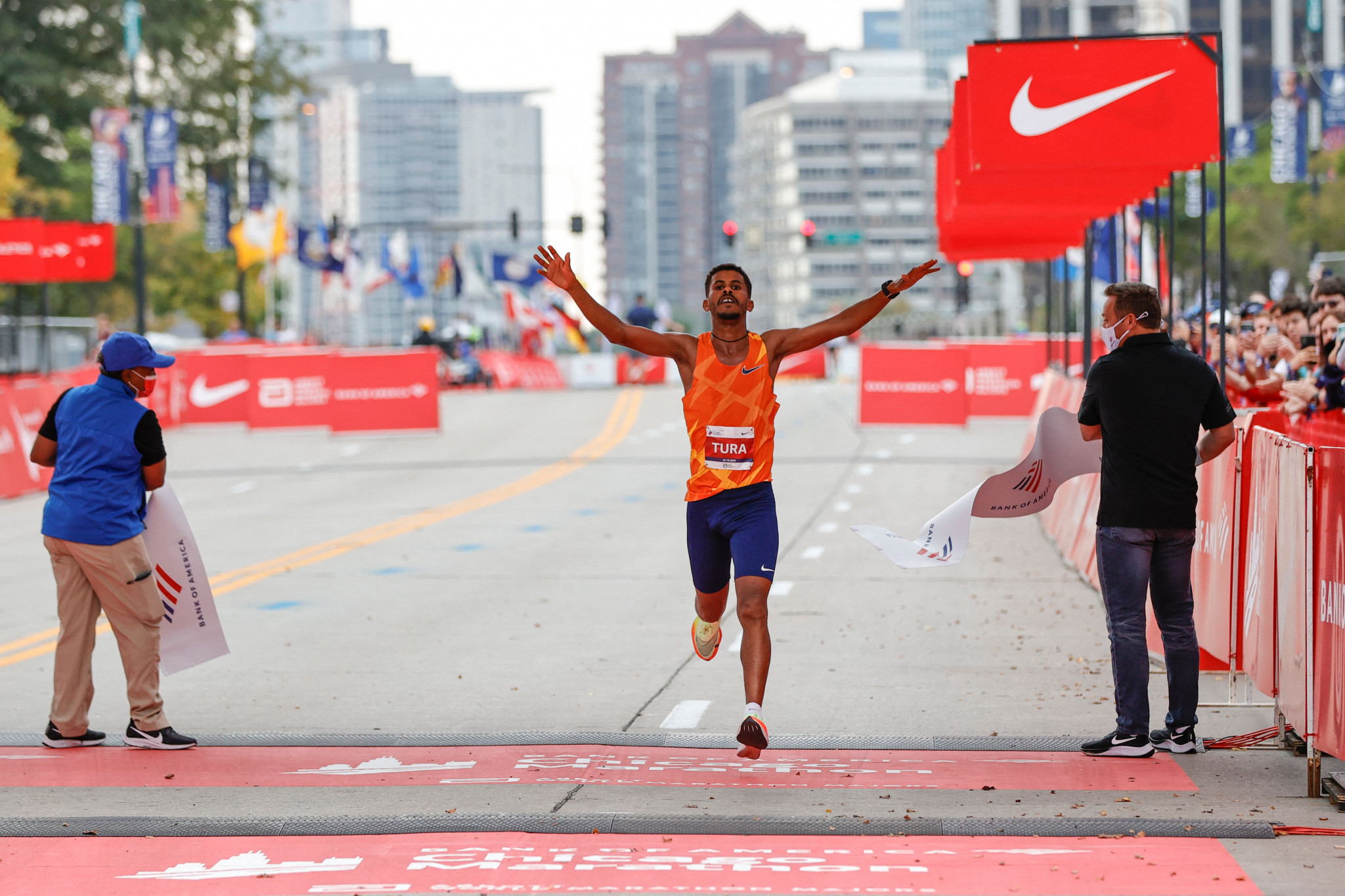 He finished 23 seconds ahead of America’s Galen Rupp, whose time of 2:06:35 was nearly three minutes faster than he ran when he won this race in 2017.

Tura ran faster in the Milan Marathon earlier this year, when he clocked 2:04:29, but finished only fourth.

He won the Milan and Shanghai Marathons in 2018 but this was his first victory in a World Marathon Majors event.

At his last appearance in the Chicago Marathon, in 2019, Tura finished sixth.

The temperature hovered around 73 degrees Fahrenheit when the elite field started, as the marathon returned this year after being cancelled in 2020 due to the COVID-19 pandemic.

"I prepared for more than three months for this race.

"If it hadn't been for the heat I was hoping to run a personal best time."

Rupp, who had finished eighth at the Olympic marathon in Tokyo, was pleased with his performance and admitted he could not have done any more.

"I just didn't quite have it at the end," Rupp said.

"He ran an unbelievable race."

Chepngetich crossed the line first in the women’s race in 2:22:31 after leading from the start, with American Emma Bates coming in second at 2:24:20 following a strong finish.

This was the first marathon that Chepngetich had completed since winning the World Athletics Championship title in Doha more than two years ago.

She had been one of the favourites for an Olympic medal at Tokyo 2020 but dropped out at halfway.

"I just pushed myself," Chepngetich, running her first race in the US, said.

"I didn't look back.

"I just pushed forward to the finish line.

"I was feeling strong but I could feel it in my legs."

Chepngetich has now run seven marathons since her debut over the distance at Istanbul in 2017 and won five of them.

Besides Tokyo 2020, her only defeat was when she finished second in Paris in 2018.

Americans Daniel Romanchuk and Tatyana McFadden are the winners in the wheelchair competition, with times of 1:29:07 and 1:48:57, respectively.

Chicago is part of a tight autumn racing schedule, with two other World Marathon Majors - in London and Boston - pushed back from their usual April dates to October 3 and October 11, respectively.

The New York City Marathon is scheduled to take place on November 7.