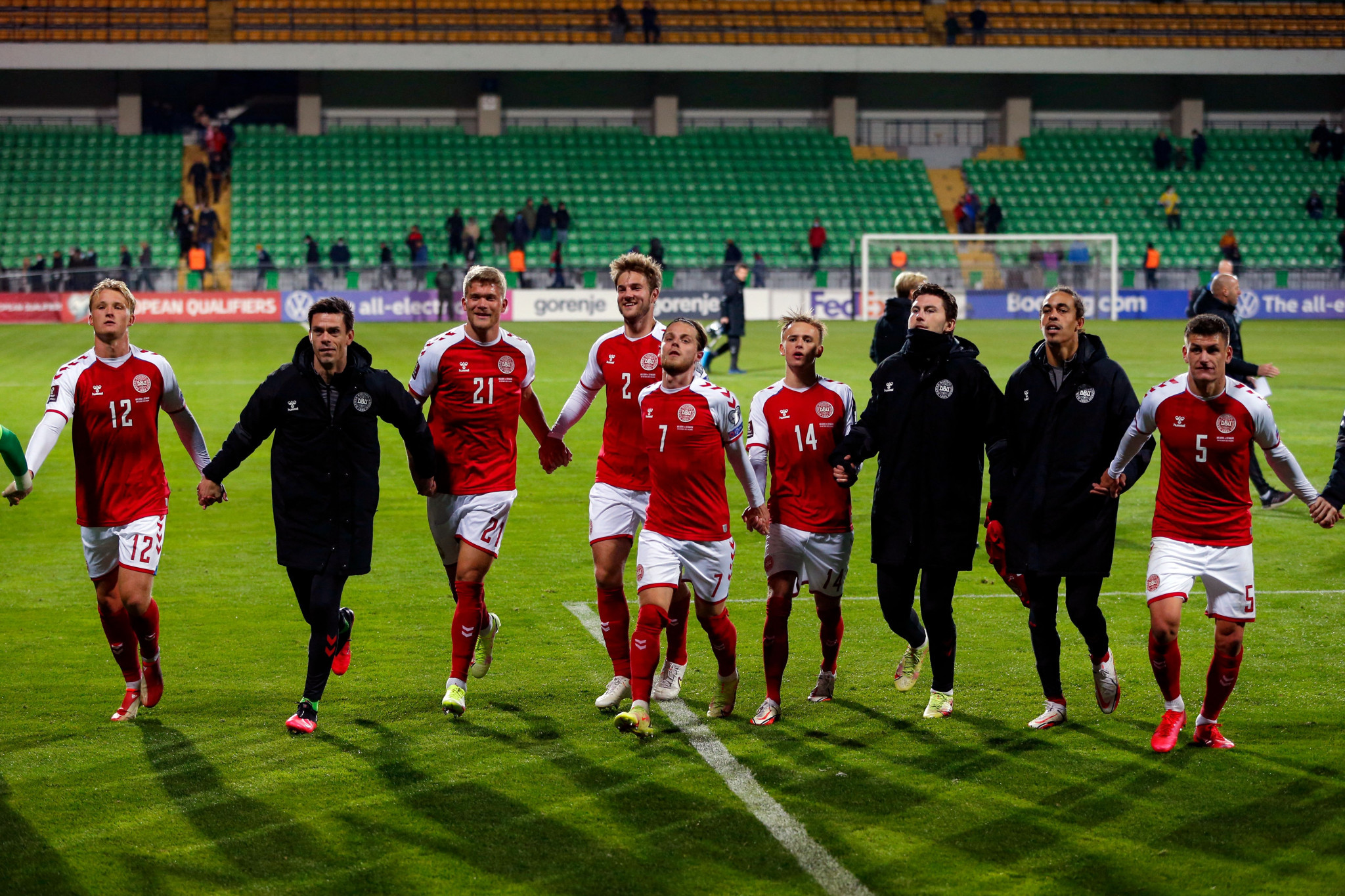 The Danish Sports Minister Ane Halsboe-Jørgensen has confirmed the country will participate at the 2022 FIFA World Cup in Qatar having qualified this week, despite concerns over the host nation's treatment of migrant workers.

As reported by the Associated Press, Halsboe-Jørgensen previously said it was "a wrong decision" to award next year's competition to Qatar, but told broadcaster TV2 that Denmark will take part.

The country controversially won hosting rights in 2010, along with Russia for the 2018 edition of the World Cup.

Accusations of irregularities around the bidding process prompted a FIFA investigation, but the findings of the Garcia report in 2017 cleared Qatar 2022 of any corruption, although it did raise questions over the conduct of some officials and the Qatari Government in the build-up to the vote.

Qatar's treatment of migrant workers has also been under scrutiny as the country prepares to host the World Cup next year.

More than 6,500 migrant workers are reported to have died in Qatar from India, Pakistan, Bangladesh, Nepal and Sri Lanka since 2010, with 37 of these directly linked to World Cup projects.

Amnesty International called on FIFA to conduct its own independent monitoring of projects and venues for the tournament and help prevent any related human rights abuses.

The Qatari Government has claimed it is making progress on labour reforms, including a shift away from the "kafala system", which forced foreign workers to seek their employers' consent to change jobs or leave the country.

However, concerns remain from activists and trade unions over the feasibility of job mobility in practice, especially for women migrants.

While no country has said it plans to boycott the 2022 World Cup, players from Denmark wore t-shirts with the slogan "football supports change" before March's qualifier against Moldova, following a similar move by the Dutch, German and Norwegian teams in the days prior.

The Norwegian Football Federation (NFF) faced calls from several of its clubs, including its historically most successful in Rosenborg BK, to pull out of the World Cup, but voted against a boycott in June.

Any country that choses to skip Qatar 2022 would likely face a heavy financial punishment, while it was reported by Norwegian broadcaster NRK in June that the NFF was threatened with exclusion from future tournaments organised by FIFA if it was to go ahead with a boycott, potentially including the 2026 World Cup in the United States, Canada and Mexico.

Denmark became the third team to qualify for the 2022 World Cup on Tuesday (October 12), after hosts Qatar and European Group J winners Germany the night before.

The Danes' 1-0 victory against Austria in Group F Copenhagen maintained their status as the only European country with a 100 per cent record in qualifying, and ensured they could no longer be caught by second-placed Scotland.

Qatar 2022 will be the country's sixth appearance at the World Cup, although five of these have now come in the last seven editions.

It reached the semi-finals of UEFA Euro 2020 in the summer and the team was recently awarded the International Fair Play Committee award for their response to Christian Eriksen's cardiac arrest in their opener against Finland.

Denmark players, particularly captain Simon Kjær, were widely praised for positioning Eriksen's neck and head to clear his airway and for shielding him from television cameras as he received life-saving care from the medical team.

The 29-year-old Eriksen, who has 109 caps and 36 goals for the national team, is now in a stable and healthy condition, although has yet to return to playing since the incident.

Next year's World Cup is scheduled for November 21 to December 18, with the event unable to take place in the northern hemisphere's summer as usual because of Qatar's intense heat and humidity.