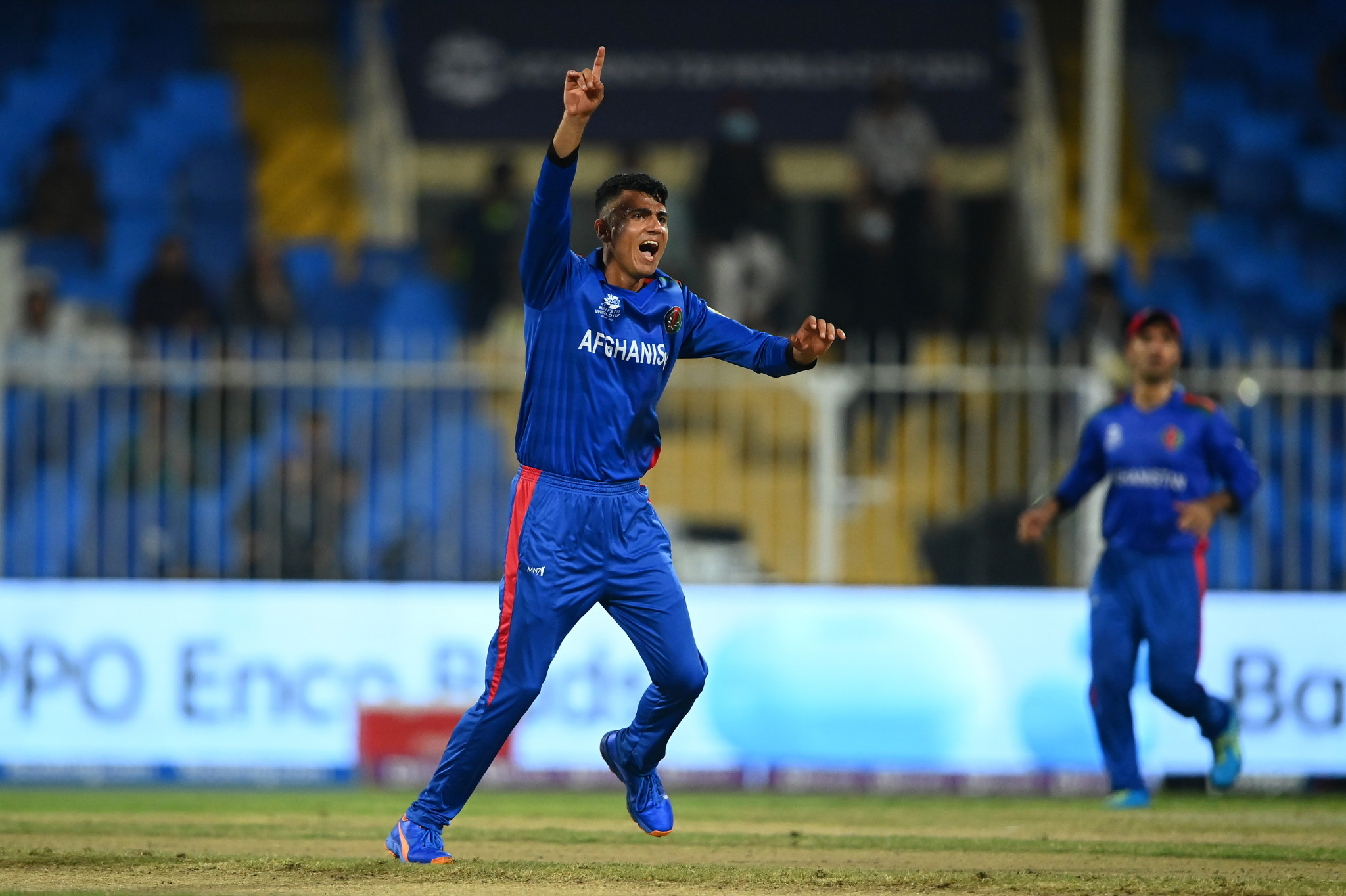 In a dominant display with both bat and ball, Afghanistan set Scotland a daunting target of 191 after they racked up 190 runs, losing just four wickets.

Captain Mohammad Nabi then rounded off an excellent batting display with 11 runs from four balls.

In reply, only opener George Munsey could offer any semblance of resistance, totalling 25 runs from 18 balls.

Only two others reached double figures for Scotland - Munsey's opening partner and Scotland captain Kyle Coetzer with 10 and Chris Greaves with 12.

Scotland totalled five ducks as no other player scored more than four runs.

It was a blistering bowling display from Mujeeb, who clean bowled Munsey and Coetzer, got Scotland's third and fourth batters out by leg-before-wicket, before completing his fiver by clean bowling Mark Watt.

Afghanistan moved top of group two with their triumph.