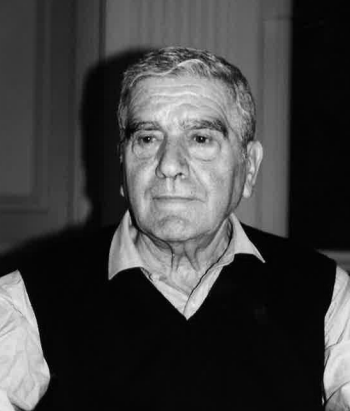 The International University Sports Federation (FISU) has paid tribute to Emeritus honorary member Constantin Anastassov after his recent death, with its acting President Leonz Eder describing him as a "pioneer of international university sport."

Anastassov was born in the French capital Paris in 1926, before moving to the Bulgarian capital Sofia with his family, where he studied medicine and pursued an academic career.

He performed several roles in university sport alongside his position as a professor of maxillofacial surgery for more than 50 years.

He was then involved with the reunification of the international university sports movement, attending the first Universiade in the Italian city of Turin in 1959.

Anastassov would go on to help organise four editions of the Universiade in Sofia, including the Summer version in 1961 and 1977, and the Winter Games in 1983 and 1989.

With FISU, Anastassov joined the International Control Committee in 1961 and served as its President from 1965 to 1991.

Since 2003, he has been an Emeritus honorary member of FISU.

Eder led the tributes to Anastassov.

"Another pioneer of international university sport has left us," the FISU acting President said.

"It is with great gratitude that we look back on many years and achievements together, which Constantin Anastassov played a decisive role in shaping.

"His broad knowledge, his multilingualism and his eloquence have helped to shape FISU into what it is today."

The Federation's secretary-general and chief executive Eric Saintrond said that Anastassov would be deeply missed.

"Constantin was a true encyclopaedia of University Sport," he said.

"He was involved in the movement from the start and participated in its unification.

"I spent many years by his side and was privileged to appreciate the wonderful family that surrounded him.

"It is a huge loss for our organisation, I already miss his sense of humour and bursts of laughter."