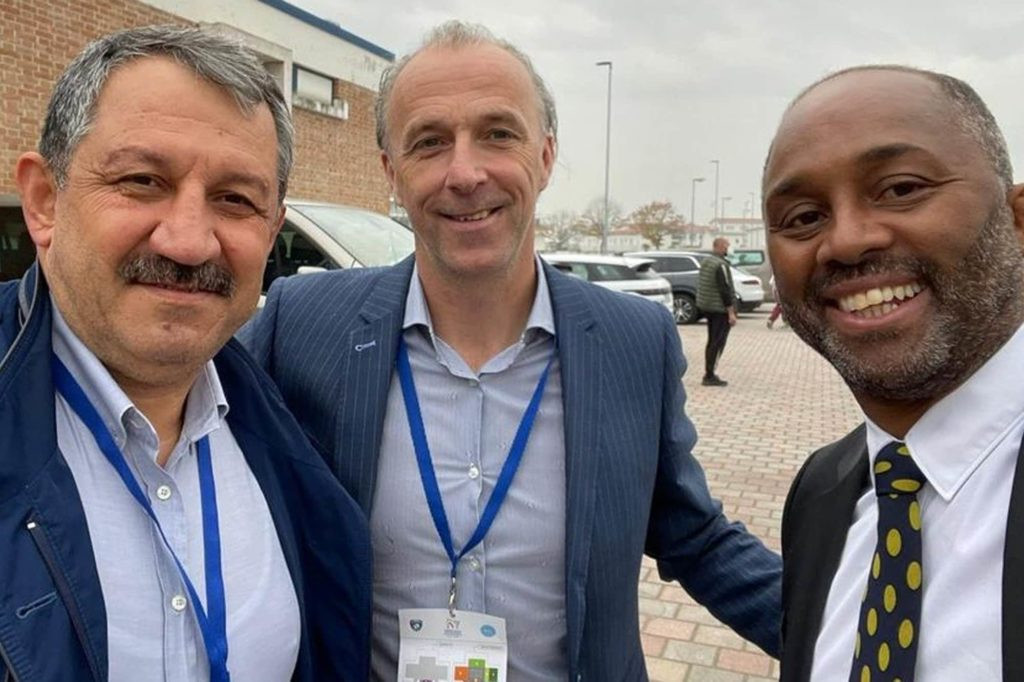 Brown used the opportunity to meet his WAKO counterpart Roy Baker, the President of the Italian Federation of Kickboxing, Muay Thai, Shootboxing, Savate and Sambo (F.I.KBMS) Donato Milano and other representatives from kickboxing associations at a national level.

Kickboxing was granted full recognition by the International Olympic Committee (IOC) at its Session in Tokyo in July.

The IMMAF is also seeking recognition by the Global Association of International Sport Federations (GAISF) and the IOC, and said it appreciated "WAKO’s gesture of friendship and hospitality" as it has "faced some political opposition from martial arts federations in the past."

The organisation has seen multiple applications for recognition by GAISF turned down since 2016.

In 2020, it launched a public petition calling for the recognition of mixed martial arts by the Olympic Movement and Governments around the world.

Brown expressed his gratitude to the kickboxing representatives for speaking to him while he was in Jesolo Lido.

"It’s been a great honour to attend the WAKO World Kickboxing Championship in Italy and to experience the amazing atmosphere with 16,000 athletes taking part," the IMMAF President commented.

"I’d like to thank WAKO President Roy Baker for his hospitality and time.

"It was a pleasure to meet the F.I.KBMS President Donato Milano and national kickboxing representatives from around the world, including President Nadir Allouache and technical director Eric Lepagnoy from France.

"I’d like to congratulate Roy and WAKO for an outstanding event."

At the WAKO Senior and Master World Championship, Brown also met with Professor Ubaldo El Zorro Marroquin, the President of IMMAF's National Federation in Mexico, which is scheduled to host the IMMAF Pan American Championship next year.

He then returned to Moscow as Fedor Emelianenk of Russia knocked out American Tim Johnson at the Bellator 269.