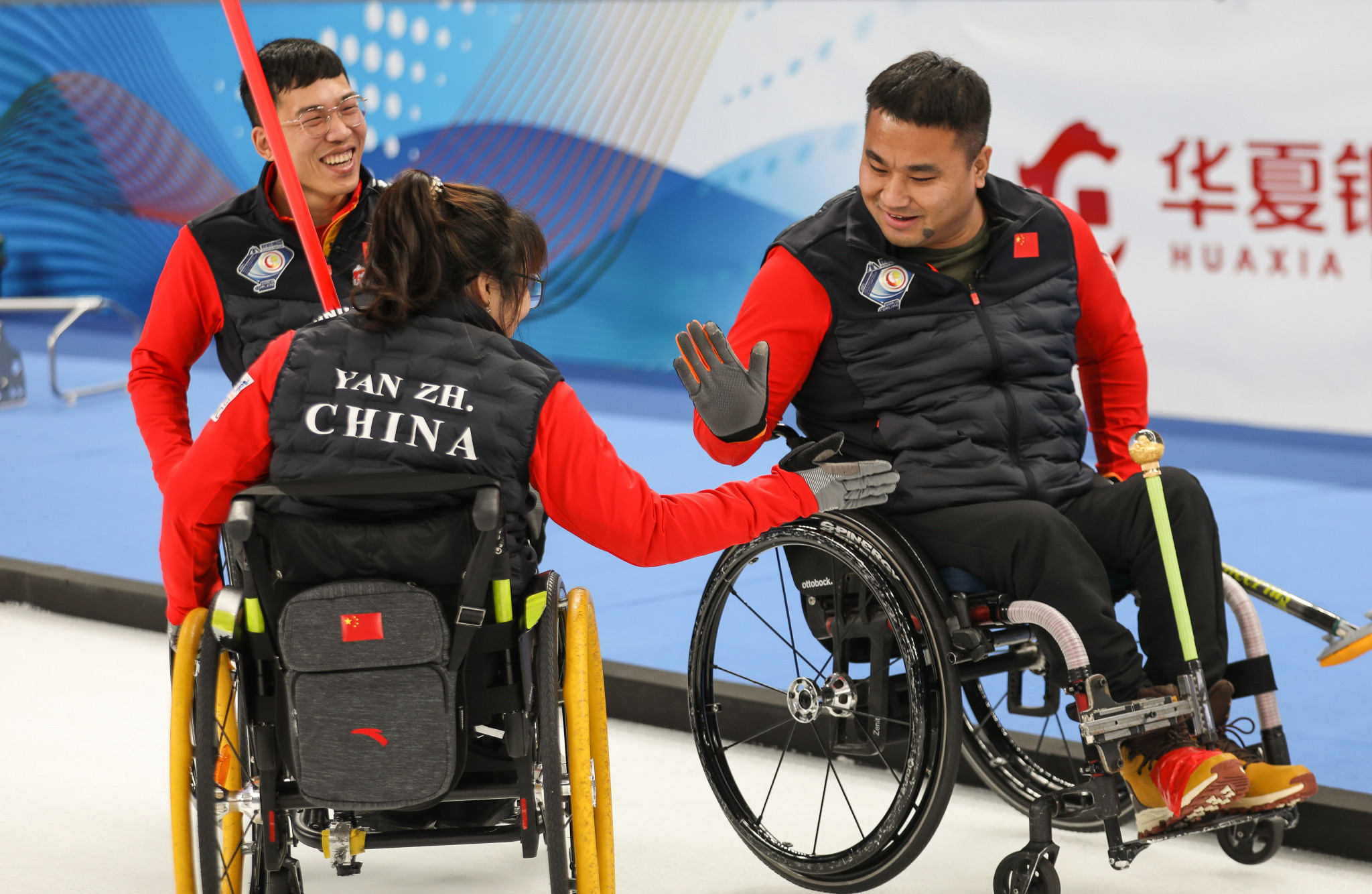 Hosts China claimed the top spot of the standings at the round-robin stage of the World Wheelchair Curling Championships in Beijing, winning nine of their 11 matches.

With the top six teams securing their places in the knockout stages, and the top two teams handed a bye, China had all but secured their place in the next round, but needed two wins on the final day of preliminary matches to ensure safe passage through to the semi-finals.

In the morning session, they dispatched with Norway with relative ease in an 8-4 win, before returning in the evening and beating Sweden 6-4.

The Russian Curling Federation (RCF) were also handed a bye as they finished with eight wins.

In today's action, the RCF hammered Switzerland 13-0 in the morning session, before surprisingly losing to South Korea 8-4 in the evening.

The four quarter-final teams are Sweden, the United States - both of whom finished equal with the RCF with eight wins and three losses - Canada, with sevens wins and four losses and Scotland, with six wins and five losses.

Canada secured their place in the knockout stages with a 6-2 win over Latvia and a tense 7-6 victory over Italy, while Scotland lost to Slovakia and the US but already had enough wins in the bag to be confident of their place in the quarter-finals.

Tomorrow's quarter-finals see the US face Canada, with the winner playing China, and Sweden and Scotland, the RCF awaiting the victor.