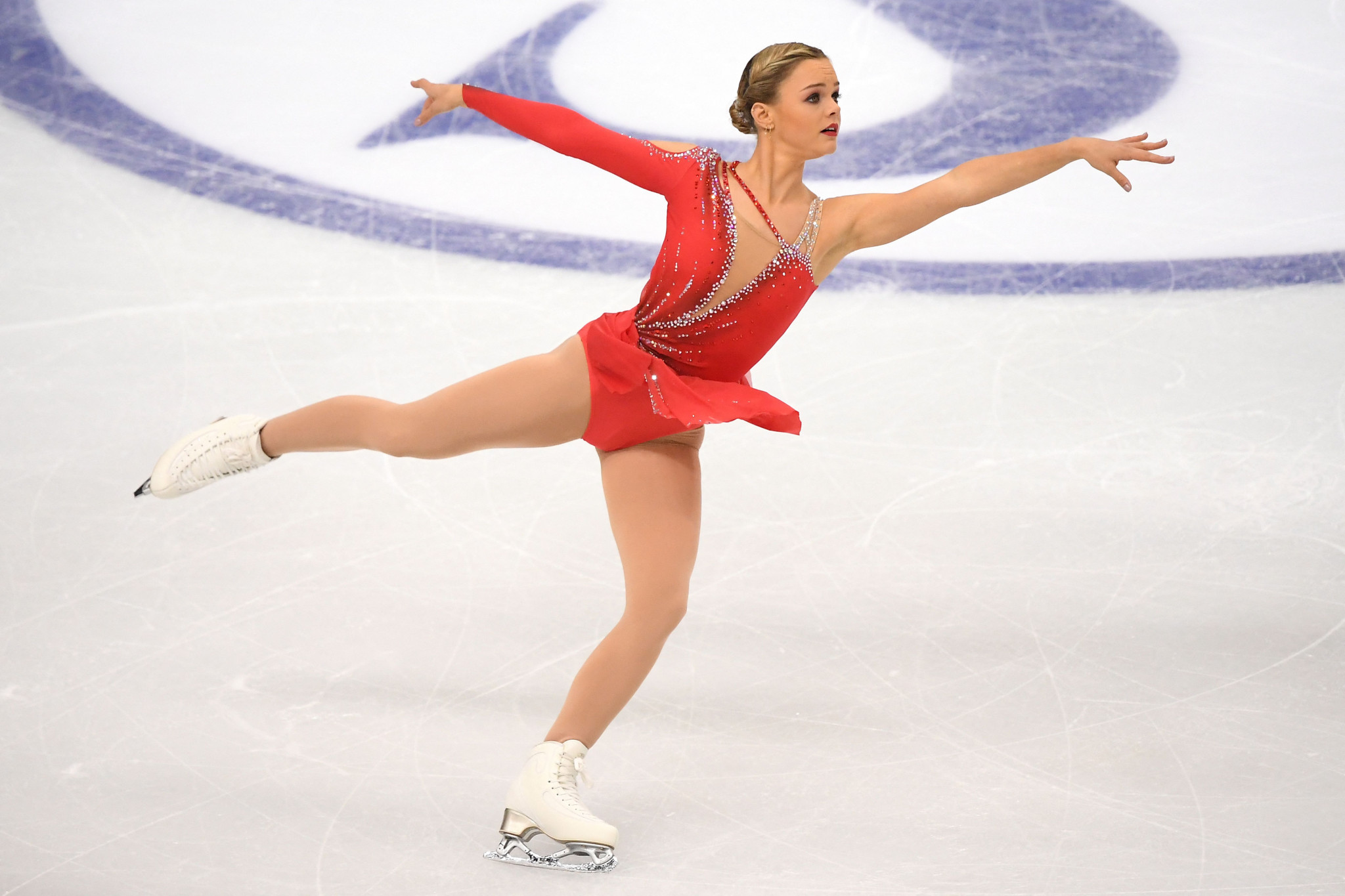 Loena Hendrickx of Belgium was the surprise leader of the women's short programme at the International Skating Union (ISU) Grand Prix of Italy in Turin with a personal best of 73.52 points.

"It felt strange, a bit more pressure than normal, I wanted to skate clean and enjoy my day," said Hendrickx.

"I am very surprised with the result.

"I knew I was ready for the short program.

"I felt confident and I couldn’t have made myself a better present for my birthday."

Four-time world champions Gabriella Papadakis and Guillaume Cizeron of France won the ice dance ahead of Americans Madison Hubbell and Zachary Donohue and the Russian pair of Alexandra Stepanova and Ivan Bukin.

Papadakis and Cizeron put out an excellent performance of their street-style dance moves to "Made to Love" and "U Move, I Move" by John Legend which saw the three-time world champions set a season-best with 87.45 points.

👑 Another fantastic program from Wenjing Sui/Cong Han as they continue their successful season in the Pairs Short Program at the Gran Premio d'Italia!#GPFigure #FigureSkating pic.twitter.com/7zCx7coVjR

"We changed the second music of the program and the choreography a bit as well," said Papadakis.

"I think it was very clean and we had a lot of fun working on that, it was a big improvement.

"We had a very good time performing."

Jin Boyang started off his sole assignment for the season in style with a 97.89 to earn the gold medal in the men's short programme.

China secured a one-two in the pairs short programme event.

Sui Wenjing and Han Cong produced a stunning routine to claim gold with 80.07 points, while compatriots Peng Cheng and Jin Yang settled for silver on 76.71 points.

Italy's Nicole Della Monica and Matteo Guarise rounded out the top three with a score of 65.12.

Tomorrow sees the action continue in Italy with the men's, women's and pairs freestyle as well as the free dance event.