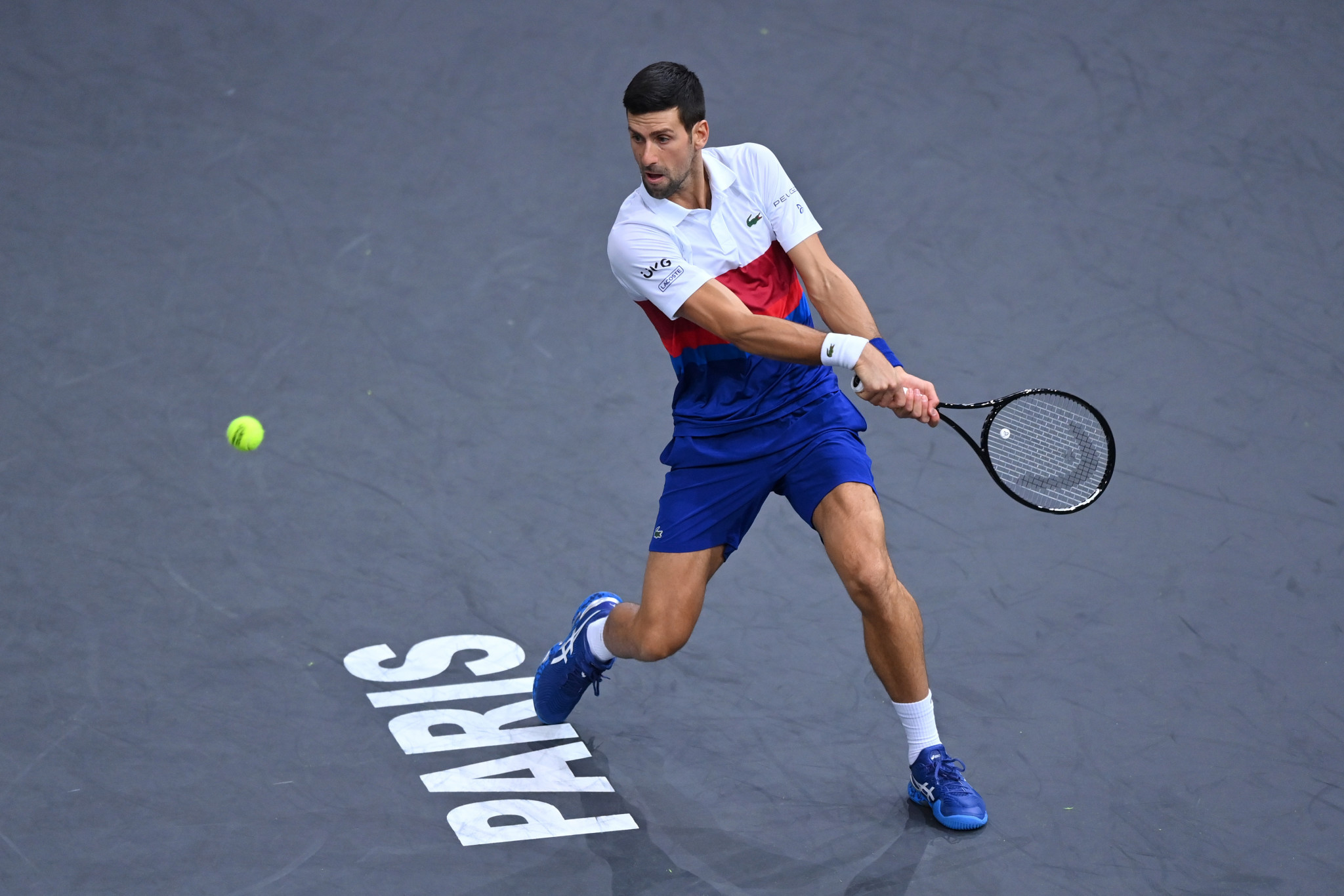 Novak Djokovic took one step closer to his sixth Paris Masters title with a routine 6-4, 6-3 victory against American Taylor Fritz at the Bercy Arena.

The 34-year-old is currently tied with Spaniard Rafael Nadal on 36 Association of Tennis Professionals (ATP) Masters 1000 trophies as he aims to become the outright leader.

"I am pleased with the way I played against Fucsovics and today I did have ups and downs," said Djokovic.

"I am not really pleased with the way I closed out the sets.

"I lost my serve to love, then at 5-3, again, I served for it with new balls and lost to love again.

"Those kinds of things shouldn't happen, I know that.

"I backed myself up with good returns and read Taylor’s serve very well to get into rallies.

"I closed out the last couple of service games well and that’s a positive."

Djokovic will face Poland's Hubert Hurkacz in the semi-finals.

The seventh-seeded Pole’s greater experience and strong service performance in the decider helped him to beat first-time ATP Masters 1000 quarter-finalist James Duckworth of Australia 6-2, 6-7, 7-5 victory in two hours and 13 minutes.

"It's obviously a dream come true to be at the Finals," Hurkacz told the Tennis Channel.

"I played at the Next Gen Finals so I thought to myself maybe one day I would get to the main one.

The world number 103 from France battled past Spaniards Pablo Carreno Busta and Carlos Alcaraz in a fairytale journey as he reached his maiden ATP Masters 1000 quarter-final on home soil.

Medvedev will face Germany's Alexander Zverev in a tantalising semi-final.