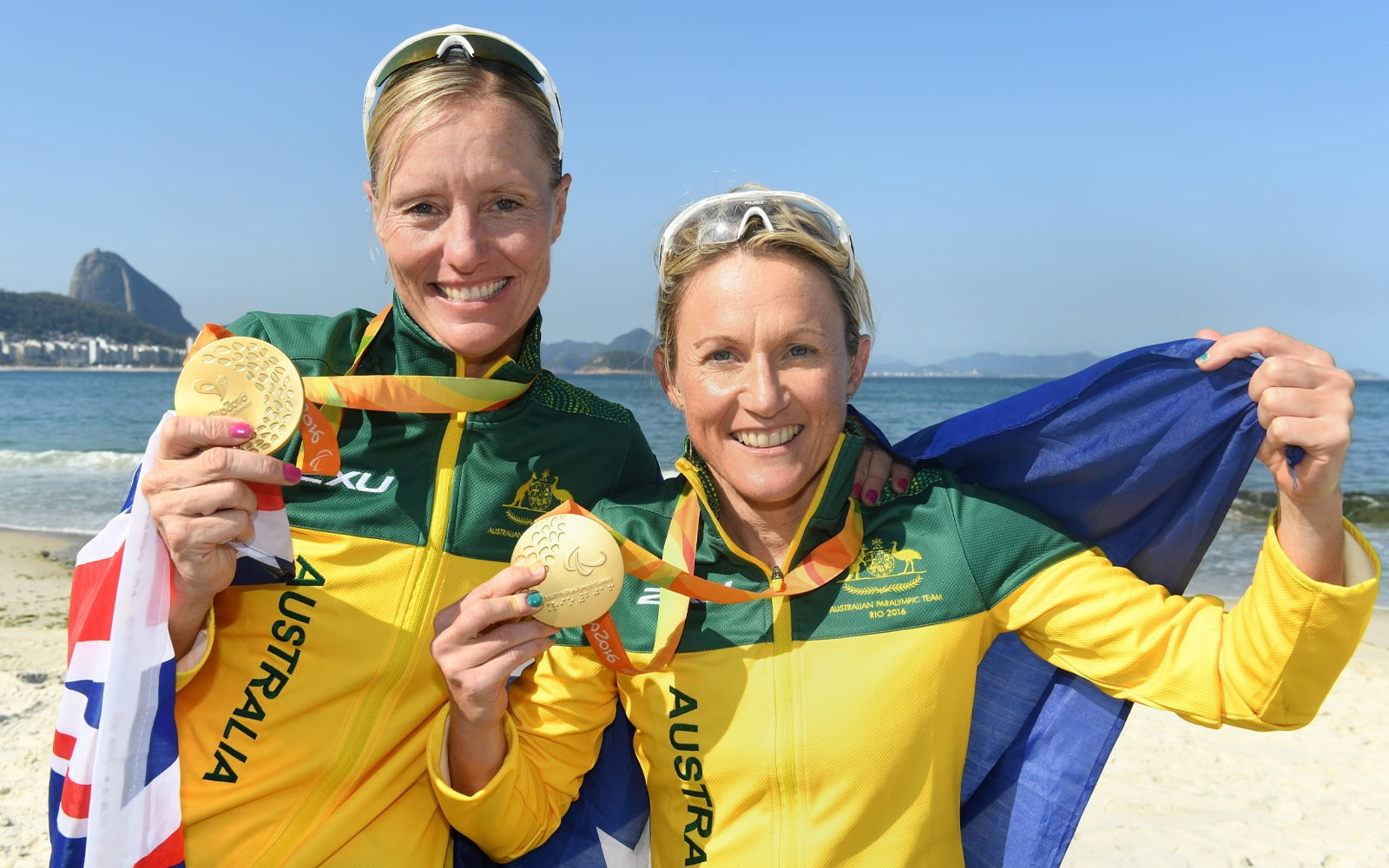 Rio 2016 Paralympic champion Katie Kelly has announced she is retiring to put an end to her decorated seven-year career.

The Australian won gold in the women's PT5 triathlon in Brazil, before finishing sixth at Tokyo 2020.

"Once I crossed that finish line in Tokyo… I immediately thought: it’s over," said Kelly.

"There were some tears and I had given all I had.

"Sixth place was where I would finish.

"It was such a huge relief and then knowing that I was ready to move forward now to new things was a really happy place to be."

Kelly, born in the New South Wales town of casino, was diagnosed with Usher Syndrome at 23 as a result of a loss of vision and hearing.

She went on to become Australia's first Paralympic triathlon gold medallist, as well as claiming gold medals at the 2015 and 2017 International Triathlon Union World Championships.

The 45-year-old says she never had plans to be a high performance athlete, but when she lost her eyesight, she contacted Triathlon Australia.

"I had reached out to Triathlon Australia because I wanted to do the Hawaii Ironman.

"I wanted to know if I could qualify for an allocation through one of the five physically challenged places.

"They were trying to recruit vision-impaired athletes for the Rio Games and told me about the Para triathlon.

"I didn’t know it existed at that level.

"I’m always open to new challenges so I thought perhaps I’ll give it a go!"

Kelly is looking to work in various roles with the aim of driving inclusion and diversity.

"I’ve started a new role with BlueScope in their global office within the social impact and inclusion team," said Kelly.

"I’m also excited by a number of projects planned with Sport Access Foundation as we start to accelerate our growth and advocacy towards 2032 Paralympics."

She founded Sport Access Foundation after Rio 2016, with the mission to provide more young Australians with a disability every opportunity to enjoy sport by providing annual grants.

A trio of grant recipients – Col Pearce, Kiera Stephens and Jamieson Leeson – all debuted at Tokyo 2020.