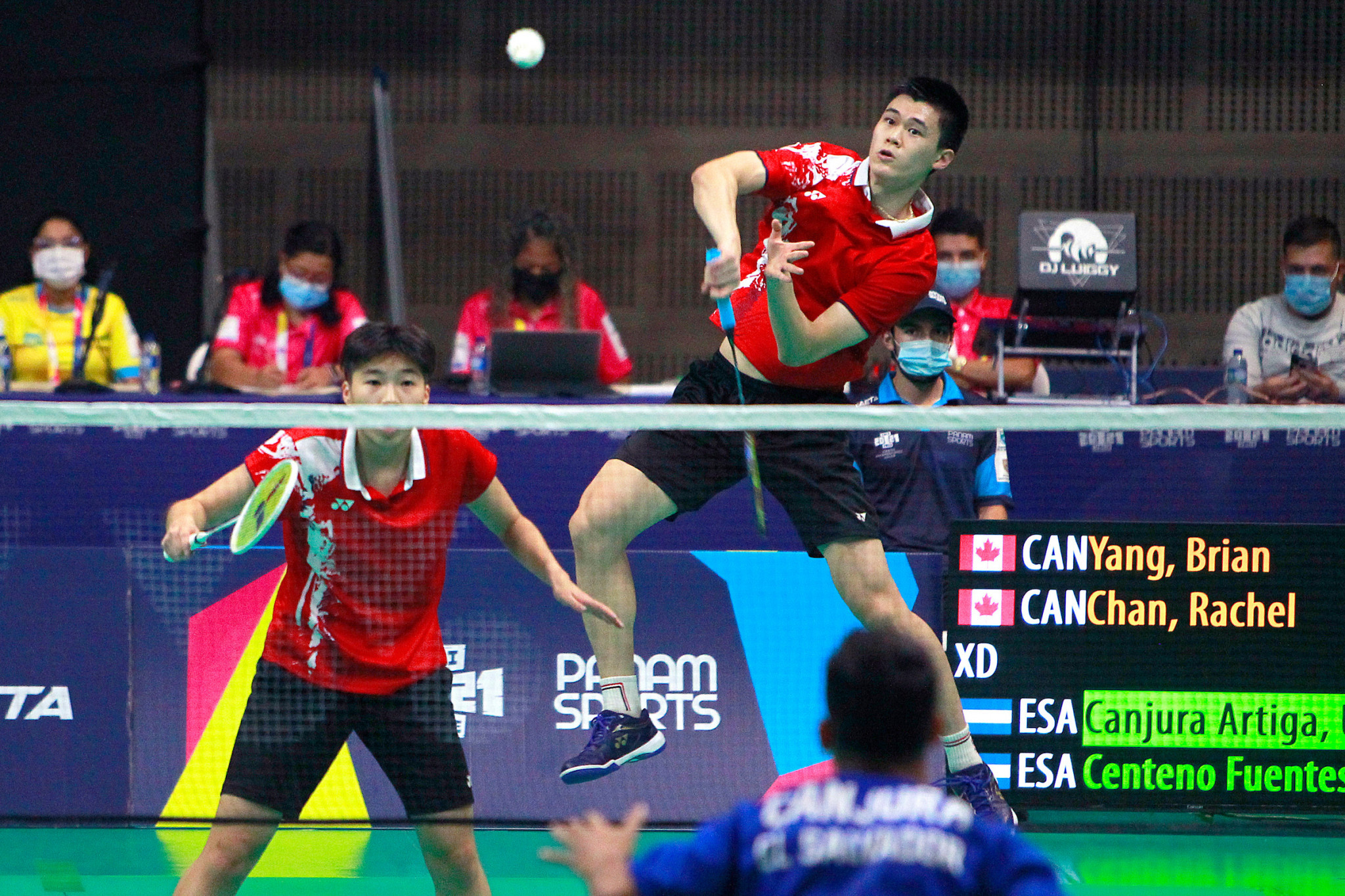 Rachel Chan and Brian Yang were in sensational form as they combined to win the badminton mixed doubles final before taking gold in the women's singles and men's singles, respectively, at the Junior Pan American Games in Cali.

The Canadian pair stormed to a 2-0 victory against El Salvador in the doubles decider at the Valle del Pacifico Events Center to get off to a perfect start in their search for the historic hattrick.

In the women's singles, the first game ended with Chan falling to a comprehensive performance from the United States' Natalie Chi as she was clearly still fatigued from her previous game, with the result ending 21-14 in Chi's favour.

However, the momentum completely shifted in the second game as a huge string of unforced errors from the American gave Chan a vital 21-5 victory.

As the players prepared for the deciding game, members of the crowd exchanged shouts of support for each player.

Chi shot into a 5-0 lead when play resumed, utilising an impressive arsenal of shots to keep her opponent chasing the game.

However, a powerful smash from Chan finally evaded Chi which prompted a fightback that saw the Canadian regain command as more unforced errors from Chi continued to plague her performance.

Chan remained in the lead for the rest of the match to take the 21-15 victory.

Like his compatriot, Yang looked seemingly unaffected by having to play earlier in the day as he blitzed El Salvador's Uriel Canjura Artiga 21-8 in the first game in under 14 minutes.

If Yang's class had not become evident throughout the tournament, the opening point proved that his lead was fully deserved.

Canjura Artiga found the corner with a smash that would beat most players but a dive to his right allowed Yang to return it and take the front foot with a smash winner of his own following the return.

Artiga made his frustration clear as he hit the next three times in a row.

Yang continued to dominate and eventually won the second and final game 21-6.

The day of finals marked the end of the badminton competitions at the inaugural Games.