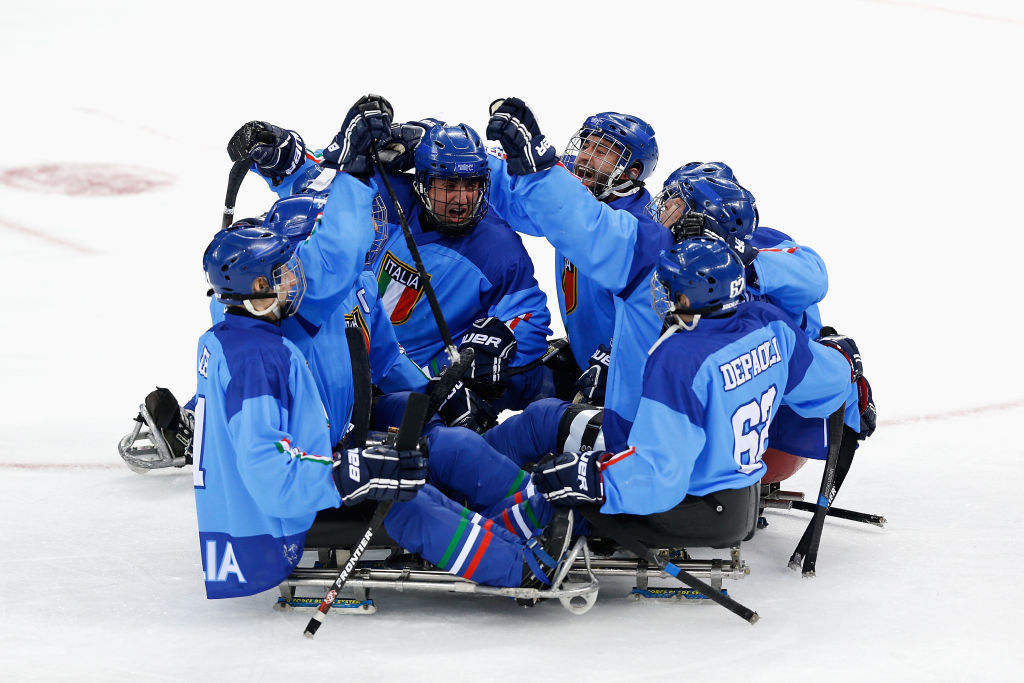 Italy booked their place in the Para ice hockey tournament at the 2022 Winter Paralympic Games in Beijing in style with a 6-1 thrashing of Japan at the qualification event in Berlin.

Victory for the Italians maintained their unbeaten record at the World Para Ice Hockey qualification tournament in the German capital.

Italy cannot be caught at the top of the six-team, round-robin group following their comfortable win over the Japanese at Eissporthalle am Glockenturm.

Bruno Balossetti and Christoph Depaoli scored twice in the rout for the Italians, while Gianluigi Rosa and Nils Larch also got in on the act in a dominant performance.

The win means Italy will compete in the Para ice hockey event for the fifth straight Paralympic Games.

🇩🇪 scores their 4th goal with ~5mins left on the clock! 🎉

Italy are also assured of a place at the 2026 Games in Milan and Cortina d'Ampezzo as the host nation.

Slovakia boosted their hopes of joining Italy at Beijing 2022 with a 4-2 victory over Norway, while Germany beat Sweden 4-1.

Three-time defending champions the United States, Canada, the Russian Paralympic Committee and the Czech Republic have also all qualified for Beijing 2022.

China were given an automatic place as hosts.

The Para ice hockey tournament at Beijing 2022 is scheduled to take place at the National Indoor Stadium from March 5 to 13.