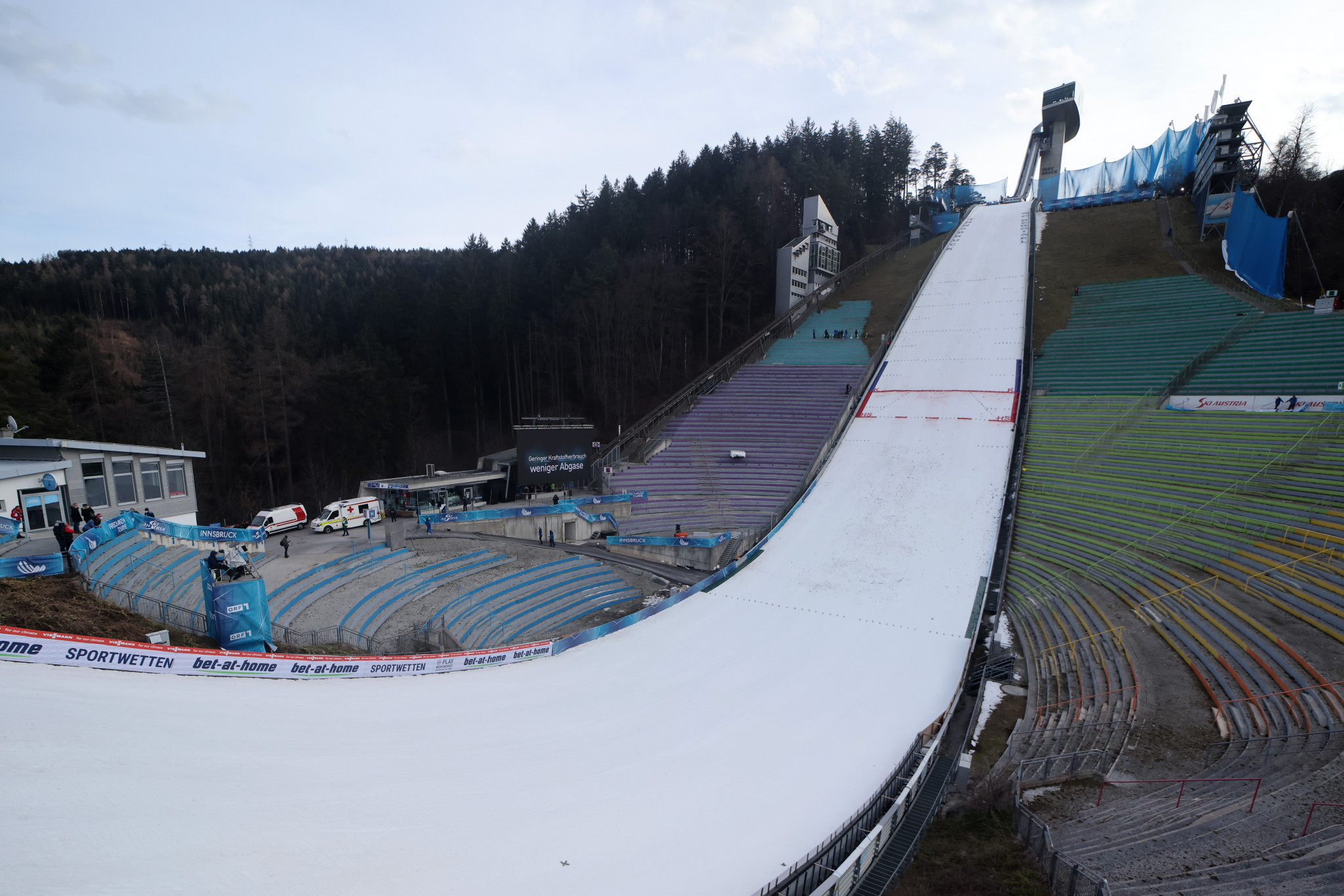 The Four Hills Tournament competition at the Bergisel Ski Jump in Innsbruck has been cancelled because of strong winds, with back-to-back events now set to be held in Bischofshofen instead.

Ryōyū Kobayashi of Japan topped qualification at the third leg of the Four Hills Tournament yesterday, with the overall Ski Jumping World Cup leader having already triumphed in Oberstdorf and Garmisch-Partenkirchen.

However, the trial round was cancelled and despite attempts to push back the starting time of the competition, the decision was taken at 3pm local time to cancel the World Cup.

The International Ski Federation race director Sandro Pertile explained that the decision was taken in the interests of participants' safety.

"We were already at the hill at 10am and there were wind gusts all day," Pertile said.

Here is the new schedule for Bischofshofen:

"In just a matter of seconds, it went up from two metres per second to 8m/s, especially at the take-off table we had a strong tailwind.

"We tried everything we could, shortly before 3pm the conditions were a lot better and we had the feeling that it would be possible to jump, but in the end, the wind was just too strong again.

"The plan now is to have two competitions in Bischofshofen."

The Paul Ausserleitner Hill is set to host an additional World Cup event tomorrow, with competition also scheduled for Thursday (January 6) as originally planned to complete the Four Hills Tournament.

He has 696 points for the season, with Germany's Karl Geiger second on 675 and Halvor Egner Granerud of Norway third on 473.